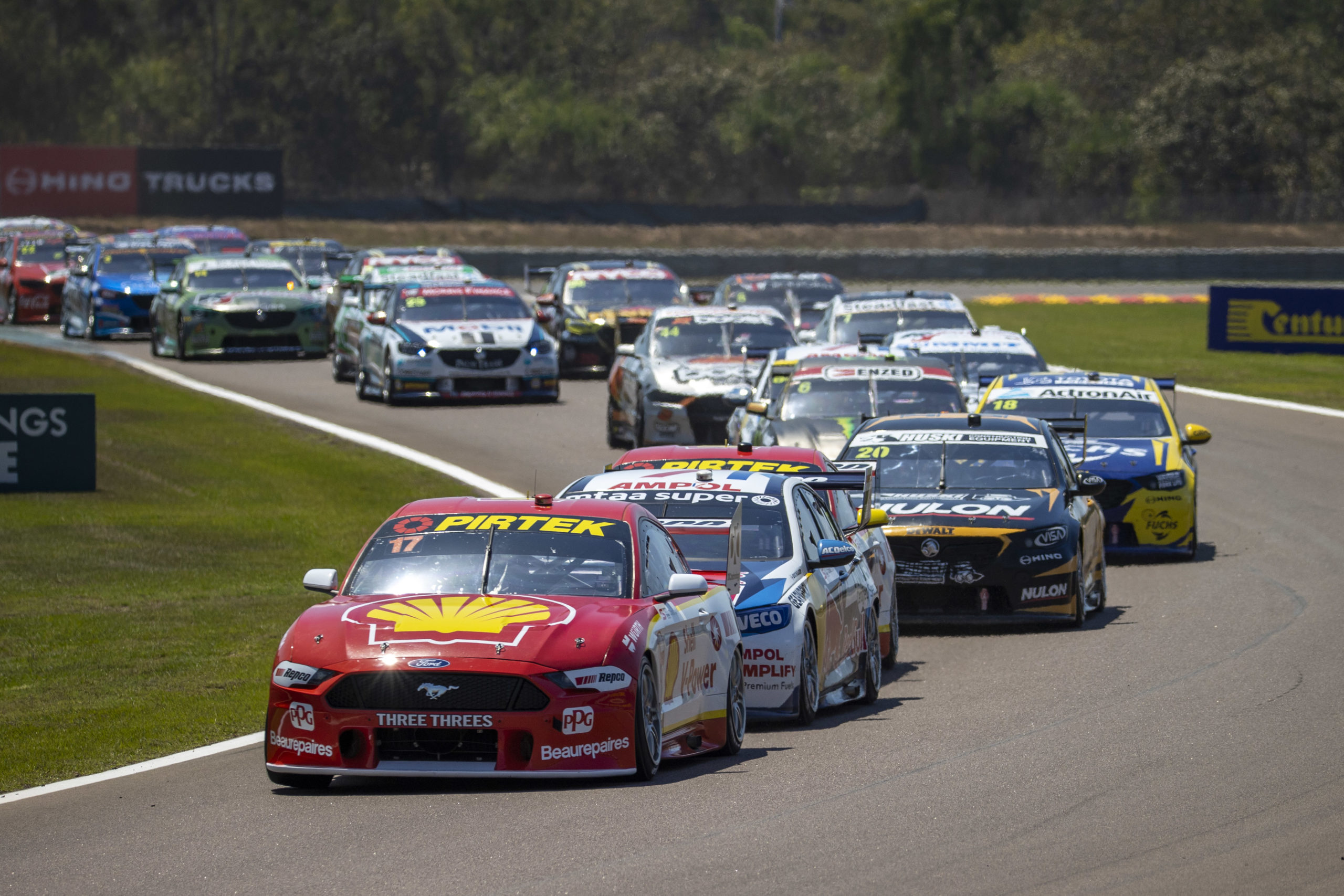 Supercars will race in Darwin in June

Supercars and the Northern Territory Government have announced when the Darwin Triple Crown will return in 2021 as well as the support category line-up.

The Supercars Championship will head to Hidden Valley Raceway on June 18-20, the event moving back to its traditional slot on the calendar.

The territory’s tourism agency Northern Territory Major Events has confirmed Supercars will be supported by the Australian Superbike Championship.

It comes just days after the 2+4 event at Phillip Island was announced, featuring the bikes and TCR Australia.

The return of the Stadium Super Trucks has also been confirmed after a year on the sidelines due to COVID-19.

Drag racing will feature on the Friday courtesy of Nitro Up North.

As has been tradition, the Supercars transporters will convoy through Darwin.

The Saturday night concert will also return having been omitted from this year’s event due to the coronavirus pandemic.

“Darwin is such a special event for the Championship and a real favourite of the teams, drivers and fans,” said Supercars CEO Sean Seamer.

“This fantastic announcement that Supercars will be joined by Superbikes and Stadium Super Trucks will ensure the event will thrill fans of all ages.

“We look forward to working with organisers to put on an amazing show for fans of both two and four-wheels.

“I want to thank Chief Minister Michael Gunner, and the Board and team at Northern Territory Major Events Company for their vision and passion in making this event an exciting addition to the 2021 calendar.”

Minister for Tourism and Hospitality, Natasha Fyles added: “The program for next year’s Darwin Triple Crown is incredible and looks set to be one of the best in the country.

“We’re the comeback capital in more ways than one, unveiling bigger and better events we know have a huge impact on our economy, all while adjusting to the new-normal post COVID-19.

“We are delivering three days of action on and off the track, promising a weekend of world-class entertainment in the peak of the Top End Dry Season.

“The benefits of events such as the Darwin Triple Crown spread throughout the hospitality and tourism industries and beyond. We look forward to welcoming Supercars fans and their families to the NT, and to seeing the Territory beamed across the nation.”

Hospitality tickets go on sale today while general admission tickets will be released on Friday this week.