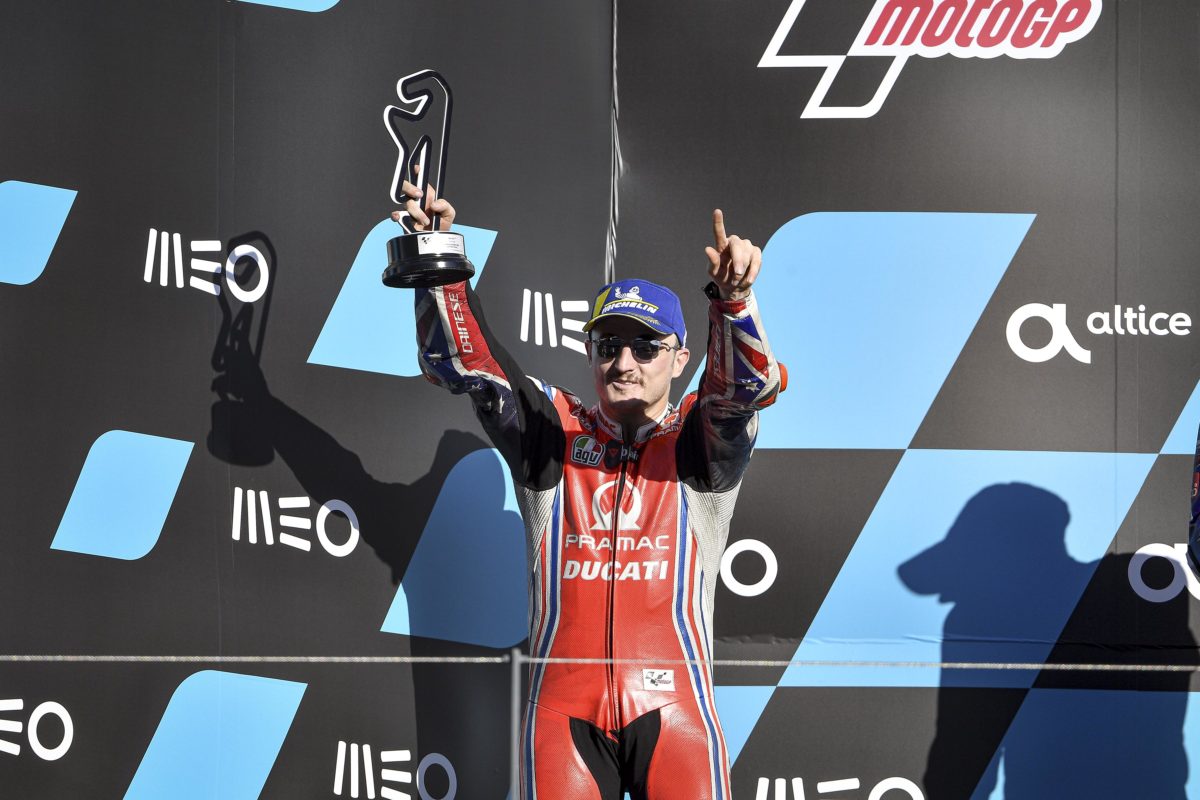 Jack Miller believes he “proved a few people wrong” in his time with Pramac Racing as he closed out the 2020 season with consecutive podiums.

Miller will now move from the Ducati satellite outfit to its factory squad, which will be his third team in five years.

The Australian shifted from the Marc VDS squad to Pramac in 2018, and claimed a pole position in his second start with the team in Argentina.

He would have to wait until the following season’s Grand Prix of the Americas to stand on the podium, but scored four more in 2019 – including one on home soil at Phillip Island – and added another four in 2020.

The Queenslander finished second at Valencia and Portimao to finish his three-year Pramac stint on a high, with Miller a career-best seventh in the standings.

Miller was just seven points off third in the 2020 championship, and paid tribute to the Pramac team for helping him mature as a rider as he prepares for a full factory assault on the championship.

“I can’t thank (Pramac owner) Paolo Campinoti and (team boss) Francesco Guidotti (enough)… all the guys over there at Pramac for what they’ve done for me these last few years,” Miller said after the race in Portugal.

“I’ve never in my whole career ever been in a team for more than (three years). Marc VDS was the longest and that was two years, and apart from that everyone else, has been one year.

“To be with these guys for three years feels like a long time, but the lessons they’ve taught me both on and off track, in life and on track as well with racing and what not, they are life lessons I will never forget.

“When I arrived (at Pramac), I was a bit of question mark, let’s say… I feel I like we proved a few people wrong and closed a few mouths along the way, and hopefully we can keep that ball rolling.”

Miller will return home to Australia ahead of the new season, where he will become the first Australian since Casey Stoner in 2010 to ride for the factory Ducati team.

The 25-year-old will arrive at Ducati having secured the manufacturer the constructors’ championship for the first time since 2007, the year Stoner won his maiden premier class title.

“(The Portimao result) helped to get Ducati the constructors’ championship, first time since 2007 when Casey was the world champion, so it’s cool there’s an Aussie link there,” Miller wrote in his post-race newsletter.

“So what’s next? I have a new team to go to of course, so there’s a bit to be done before I leave Europe for a while and head back home.

“It’ll be good to get back with the COVID situation getting worse in Europe and get some Aussie summer and get training for next year, because it’s a big opportunity for me.

“It’s the one I’ve been after all my career, pretty much. Becoming a fully-fledged factory rider with a factory like Ducati… it’s an exciting time for me, and I’ll be 100 percent ready to go once we start testing.”