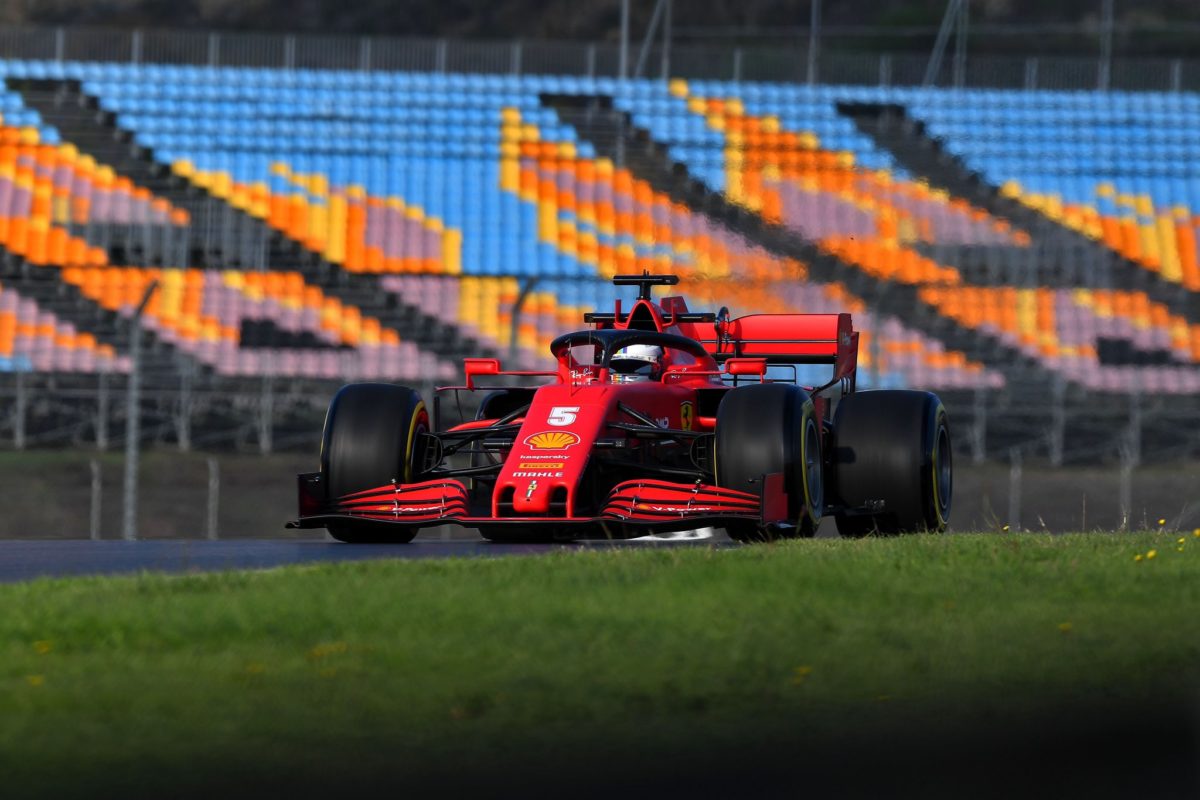 A “more consistent” car has encouraged Ferrari team principal Mattia Binotto ahead of 2021 as the team pursues an unlikely third in the 2020 constructors’ standings.

The Italian team is fresh off scoring its best result of 2020 last time out in Turkey, with Sebastian Vettel clinching his first podium of the season at Istanbul Park, albeit benefiting from a final-lap error from team-mate Charles Leclerc.

The three-four result helped Ferrari to the most points of any team on the day, with the team closing to within 24 points of third-placed Racing Point.

Ferrari has scored 43 per cent of its total season points in the last four races after a difficult start to 2020, with a lack of aero efficiency and power plaguing the SF1000.

However, Binotto believes the team is on an upward trajectory amid a troubling season, despite the chassis rules being frozen into 2021.

“We know that we have improved the car and, if you look at the last races, we improved our position in the race,” said Binotto, who opted to work from the team’s Maranello base rather than travel to Turkey, in a bid to aid the team’s 2021 development.

“The people are working hard back at home trying to understand the weaknesses of the car and trying to address them.

“And especially, as we are preparing for next season, those results somehow are encouraging ourselves.”

Binotto recently cited “very promising” feedback on Ferrari’s new engine, with the team against suggestions Formula 1 should freeze engine development at the end of 2021.

Vettel acknowledged the inclement conditions helped Ferrari in Turkey, with the four-time world champion starting the race 11th ahead of Leclerc in 12th.

However, Vettel, who will leave for the rebranded Aston Martin Racing Point team from 2021, said Ferrari knows where it needs to improve.

“It has been a difficult year. I think qualifying has been the Achilles heel this year and the races obviously have been largely defined by being stuck in the pack,” Vettel said.

“I think it’s been a while that I’ve been racing in the midfield, it’s very, very close and even though you have a better pace, sometimes you can’t really show so it’s tough but I think we look forward to the last couple of races and hopefully for improvements.

“I think the conditions made the biggest difference (in Turkey)… first of all, the slippery track, secondly the wet conditions but yeah, I’m looking forward to trying to squeeze out anything that there is to squeeze in the last races to finish as high up as possible for myself and also for the team.

“I think the team is well aware of all the motions it needs to go through… in the end it’s a team effort.

“There’s so many people, so many different links that have to come together to have a good weekend and obviously (in Turkey) we benefit from the conditions, probably the surface and also the wet conditions.”

The 2020 season will end with a Middle East triple-header, beginning with this weekend’s Bahrain Grand Prix.