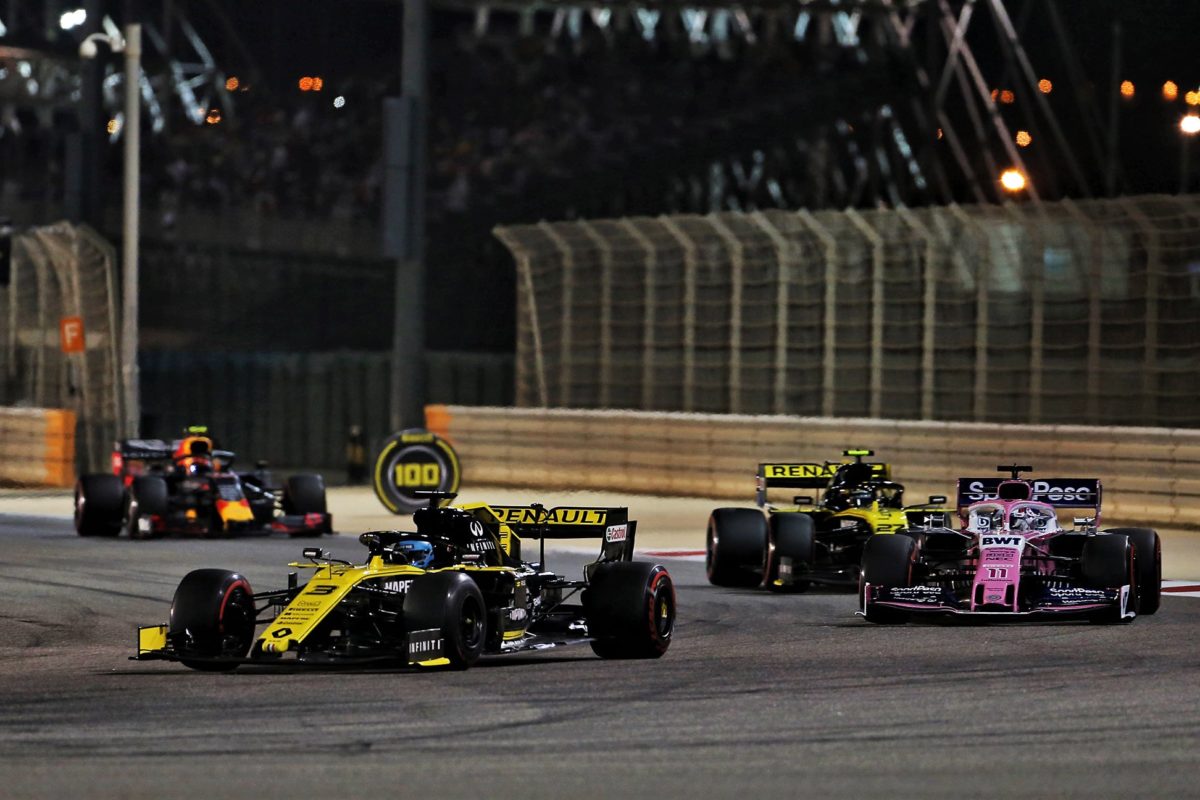 Daniel Ricciardo expects “normal” conditions in Bahrain to help Renault return both its cars to the points after a trying last-start effort in Turkey.

Renault arrived at Istanbul Park with a one-point advantage over both Racing Point and McLaren in the constructors’ standings, but dropped to fifth after the team picked up just one point across both cars in a Turkish Grand Prix weekend headlined by inclement weather and low grip.

Both Renaults had made a promising start to the race, but the team was left lamenting a “disappointing” result following Turn 1 contact between Ricciardo and Ocon, with the latter spinning in front of the field.

Renault had scored 36 points in the three previous races, with Ricciardo claiming podiums at the Nurburgring and Imola.

Ahead of the first night race of the season, Ricciardo said he was keen to attack the Sakhir circuit following a troubled first outing with Renault at the circuit in 2019.

“We had a difficult time last time out in Turkey, with the low levels of grip and wet weather making it a very unpredictable race,” the Australian said.

“Bahrain should be back to more ‘normal’ running, with a more familiar track surface. We need to get both cars back into the points.

“I’m feeling much more on top of the car since we were last in Bahrain, so I think we should be in a good place.

“We also have a bit of unfinished business there after last season, so I’m pretty hungry and fired up.”

Ricciardo and then-team-mate Nico Hulkenberg failed to finish in Bahrain last season, with both cars suffering from poor reliability.

However, Renault’s fortunes have been far more positive in 2020, with the R.S.20 cars scoring double digit points in six of the last eight races.

Ricciardo, who has finished no better than fourth in Bahrain, was keen for Bahrain’s hotter temperatures, which he expects will suit the R.S.20 far better than Turkey’s slippery conditions.

“I know we’ve been to some awesome tracks across Europe recently and whilst they’ve all been fun for various reasons, the weather has been too cold for me,” the 31-year-old said.

“I much prefer the heat and it’s still pretty warm in Bahrain during the evening, which is great.

“Two of the three practice sessions are during the day when it’s really hot and both qualifying and the race are in the evening when the circuit is a lot cooler.

“This does make preparing for this race a challenge and adapting to different set-ups is important.”

Ocon agreed, saying the “conventional” conditions will enable the tyres to come to temperature faster.

“It’s going to be a lot hotter than what we’ve experienced recently, especially compared to Portimao and Turkey, where it was a lot cooler,” the Frenchman said.

“It’s certainly a challenge for the cars and drivers racing in the heat. It’s going to be a little more conventional to have the tyres working back to normal and then it’s up to us to do the best on car set-up.

“Bahrain brings some great opportunities for overtaking and it’s also usually a great race for strategy, so let’s see what happens this weekend.”

Free Practice 1 for the Bahrain Grand Prix will commence at 22:00 AEDT on Friday.