Ricciardo intends to be ‘done’ with F1 by 35 years old

Ricciardo intends to be ‘done’ with F1 by 35 years old 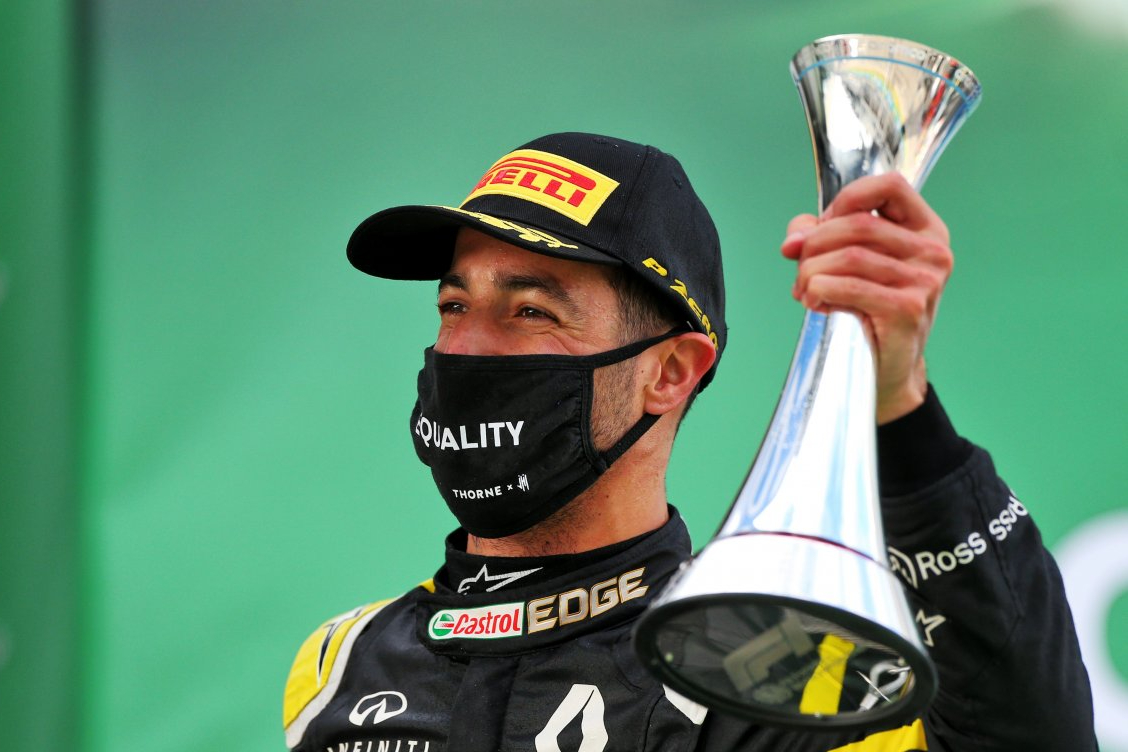 Renault’s Daniel Ricciardo has flagged he will be finished with Formula 1 by the time he turns 35, but admitted it would be “hard not to keep going” if he had a chance to win.

Ricciardo’s new McLaren contract will take the Australian through to 2022, by which time he will be 33.

The Perth-born driver is 23rd all-time for grand prix entries, and is the fifth-most experienced driver on the current grid.

Ricciardo had his first taste of a top team with Red Bull in 2014, and claimed seven wins in five seasons with the Milton Keynes squad before moving to Renault.

The 185-race veteran said his future in F1 “comes down to how long that true belief stays in me”.

“Everyone thinks they are the best, but at the real core I think every driver looks in the mirror and might say it, but if you stare long enough not everyone is going to say it and I still stare in and believe that,” he told Channel 4.

“So as long as I’m still that person, I’ll continue doing it. The day I stop believing I can do it I think is the day it’s time to move aside, but I don’t feel that’s even close yet.

“I hope I don’t have to wait that long, but I’m absolutely going to do what it takes for the foreseeable future.”

Ricciardo is one of the elder statesmen on the grid, with Mercedes’ Lewis Hamilton, who recently claimed a record-equalling seventh world title, to turn 36 in January.

Kimi Räikkönen, who broke the all-time grand prix starts record earlier this year, extended his Alfa Romeo deal in 2021, when he will turn 42.

Fernando Alonso will replace Ricciardo at Renault, with the two-time world champion to turn 40 during the 2021 season.

Ricciardo admitted it a decision on his future beyond the age of 35 will depend on how competitive he is.

“My longevity in the sport will be dictated on how competitive I am, in terms of, for example, if Lewis wasn’t in a winning car the last few years, if he was in P8 and P9, would he still be in the sport? It’s questionable,” Ricciardo said.

“It definitely depends on that, how competitive your situation is. But yeah, I’ll definitely be here for a few more years.”

Ricciardo’s Renault exit was confirmed ahead of the coronavirus-delayed 2020 season, with the Aussie to drive for his third team in four years.

Renault Sporting Director Alan Permane believes Ricciardo might have stayed with the team had he raced the R.S.20 in a “normal” season.

After a trying first season with Renault, Ricciardo has showed his potential with two podiums and point-scoring consistency, having scored 71 per cent of Renault’s points in a season he marked as his most “satisfying” in four years.

Ricciardo admitted his rationale for the McLaren move was due to the team’s 2019 rise, and said his new team has only just “scratched the surface” of its potential ahead of his arrival in 2021.

“Obviously because I made the decision before the season started, a lot of the rationale was what McLaren did last year in 2019,” he said.

“They made, in my eyes, the biggest step out of any team and I saw them make this big step with relatively young drivers. It was Lando (Norris) first year and Carlos (Sainz) had been around a bit, but I didn’t really feel like there was a veteran there.

“Everything just felt like it was in the right direction and just a massive ball of potential, and I think they just scratched the surface.

“So it all seemed exciting – it’s up to me now to dig a bit more into that. I’m excited about that.”