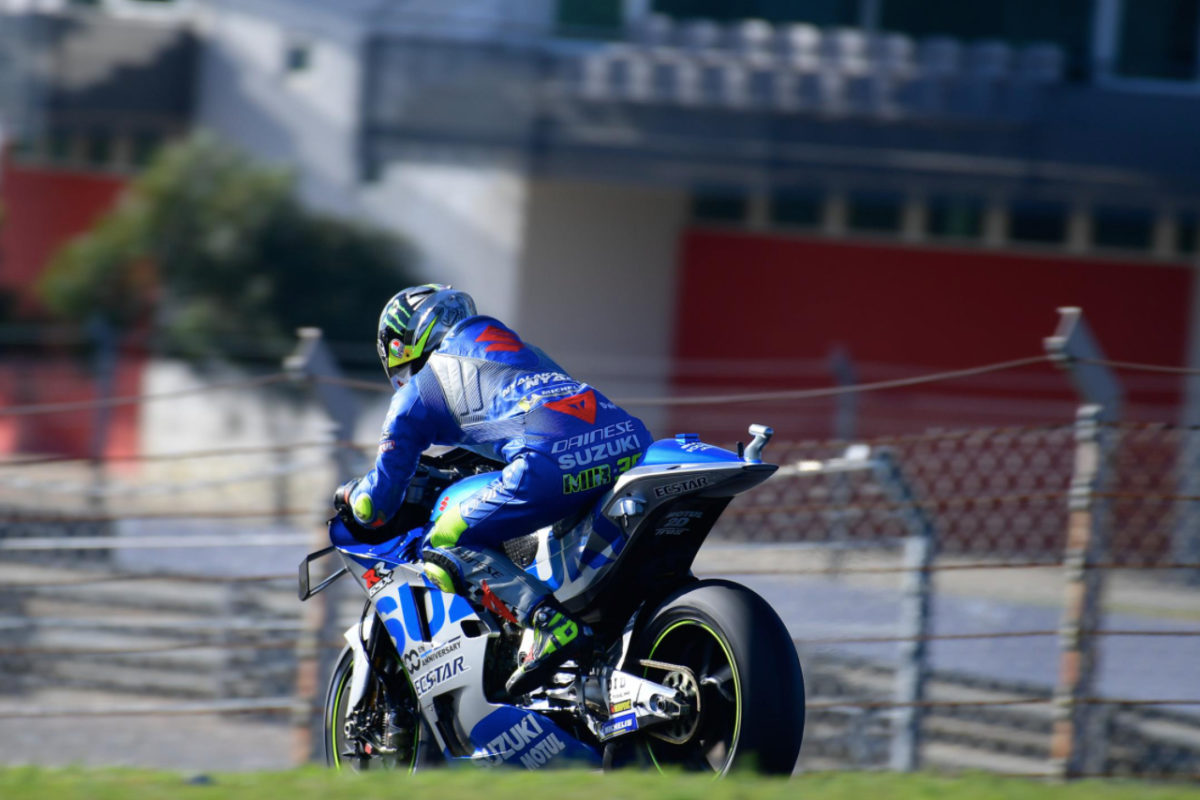 The Spaniard retired on Lap 16 from the race, which was won by Tech3’s home hero Miguel Oliveira, but had already clinched the title a week earlier in Valencia.

Mir started from 20th at Portimao following another electrical issue, but rose to 12th by the end of the first lap.

However, the Suzuki rider’s aggressive charge on the opening lap wasn’t without incident, with the 23-year-old colliding with Pramac Racing’s Francesco Bagnaia, who appeared to have dislocated his shoulder after the Turn 3 skirmish.

Mir continued before dropping to 19th following contact with the rear of Johann Zarco’s Avintia Ducati at Turn 3.

Speaking after the race, Mir believed one of the early-race incidents caused his bike to lose traction control.

“The adrenaline was making it easy to overtake and it was fun,” Mir said.

“Then I have to say sorry to Pecco (Bagnaia) because in that part I was really aggressive, a bit too much. Sometimes I criticise these types of manoeuvres and I was not… it was not dirty, but it was not the best manoeuvre.

“And then with this touch, I don’t know if it was with Zarco there or with Pecco, that affects somehow – we don’t know why – the electronics of the bike, and then I didn’t have traction.

“I was having traction in some parts, some parts not and it was really dangerous because I had some big moments during the race.

Mir added that the electronics drama which scuppered his qualifying run on Saturday wasn’t related to his Sunday issue.

“It was a different story, during the race I didn’t have those problems. The problem today was the traction was failing sometimes,” Mir said.

“I don’t know. We had this problem, and I don’t like to say I would finish in this place because I don’t know.”