Gardner hopes first win a sign of what is to come

Gardner hopes first win a sign of what is to come 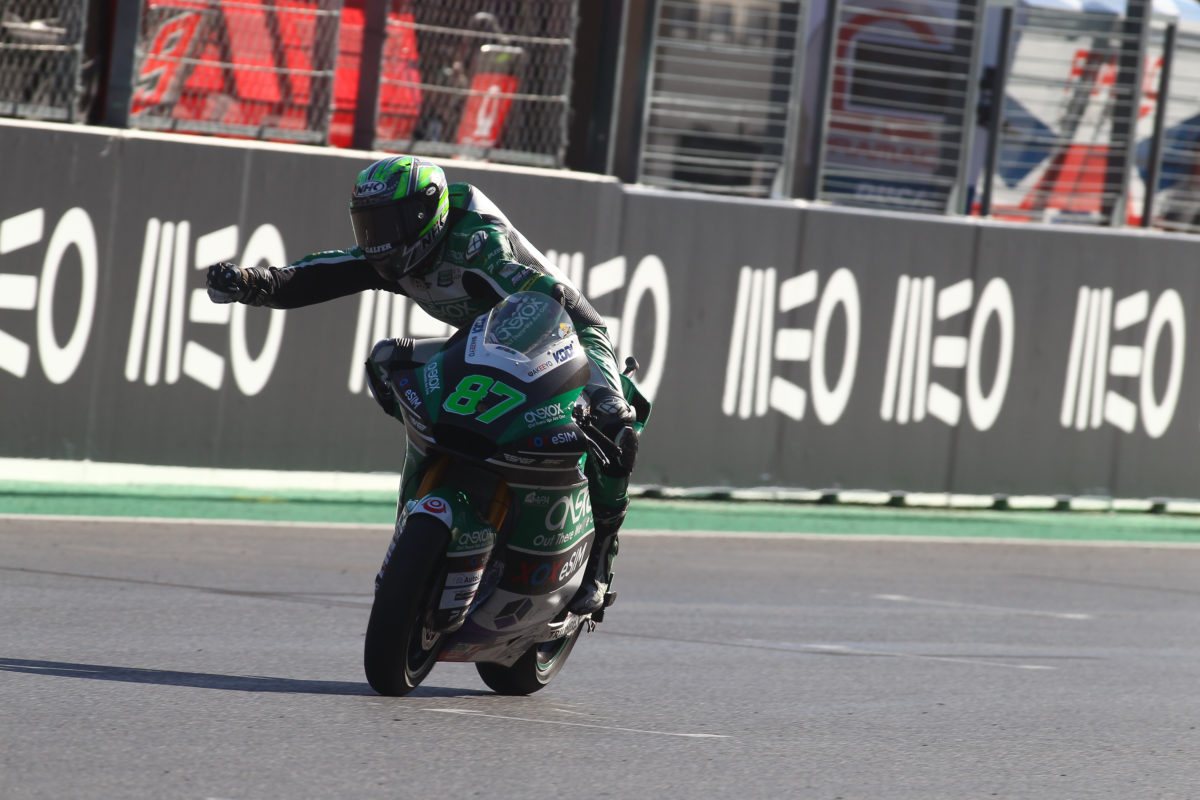 Remy Gardner hopes that a first grand prix win is a sign of what is to come for him as he moves into the KTM ranks in 2021.

The 22-year-old’s triumph at the Portugal Grand Prix on a 2019-spec Kalex was his fourth podium of the Moto2 season and fifth of his career, having finishing second in Argentina last year.

Portimao also marked his last weekend with the Stop and Go Racing Team after two years, before Gardner switches to Red Bull KTM Ajo for his sixth season in the intermediate class.

The son of 1987 500cc world champion Wayne revealed last year that he had already been offered a MotoGP ride with KTM, but opted to gain more experience in the junior category.

Despite that endorsement from the Austrian marque, Gardner still did not notch up a win for another year, with an older bike and his relatively large figure proving to be a significant disadvantage in Moto2.

Speaking shortly after the breakthrough, the Sydney-born rider still had not fully processed the achievement, but was already looking to the future.

“This is my first ever win,” he noted.

“I’ve had a few tough years, in Moto3 and Moto2. I’ve had a few podiums this year and even last year but the win has always eluded us.

“I worked on myself really hard throughout last winter and this year as well, and I think the team has done an amazing job this year to give me a very competitive package.

“In the end, we came to a track that I absolutely love, and we managed to win.

“Honestly, I still don’t have words, I’m still a bit on cloud nine at the moment, I think it still needs to sink in, but extremely happy.

“It’s a great way to end the season, and hopefully this is a glimpse of what’s to come in next year.

“We’ve got some hard work to do now, in pre-season testing now with Aki (Ajo, Team Principal) and on myself over the winter to see if I can lose a little bit of weight, and now it’s really starting.

“I can’t wait to go racing again, to be honest.”

In another positive sign for Gardner, the race which followed saw one of Ajo’s former riders, Miguel Oliveira, win in MotoGP for the second time, on a Tech3 KTM.

The Australian got his first Moto2 win by passing Luca Marini on the penultimate lap around the Algarve circuit, with the Italian finishing second on the day and in the championship, by nine points.

Had Marini held on, he would therefore have not been able to overtake Enea Bastianini in the standings anyway, but it did not matter to Gardner in any event.

“I didn’t even care, I was not even thinking about their championship,” he stated.

“I was there to race my own race, put in my own laps, and win for myself.”

Gardner in fact set the fastest lap of the race on the final lap, beating the time with which he took pole position by 0.088s and leaving Marini incredulous.

“It’s a pity for this last race; I want to win, but Remy did a race that doesn’t have sense, because he was unbelievable,” said the Italian.

“So fast, qualifying lap in the last lap, so I really don’t know how he found it, but he was extremely fast.

“I pushed every corner of the race, all the laps, but it was not enough.”

The victory was the first for an Australian in Moto2 since Ant West won at Assen in 2014, the year in which Gardner made his Moto3 debut.

“I feel extremely proud to represent my country and it’s amazing.

“Just extremely proud of everything they’ve given to me and want to say thank you to everybody that’s supported me over my whole career because it’s a really special moment right now.”

Gardner ended the year sixth in the standings, nine positions up on where he finished in 2019.

The Moto3 title went to Aspar’s Albert Arenas after he finished 12th at Portimao in a race won by Red Bull KTM Ajo’s Raul Fernandez.