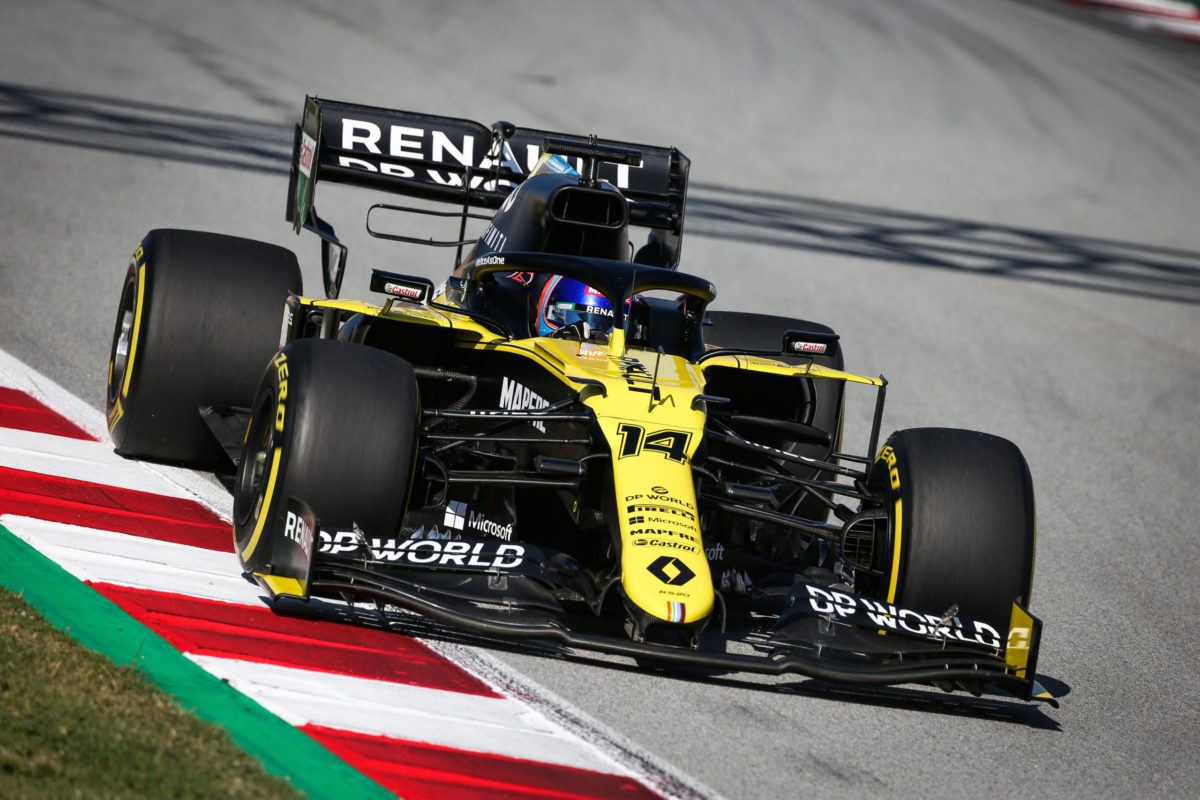 Alonso will return to the team he won his 2005 and 2006 world championships with in 2021, with the Spaniard replacing the McLaren-bound Daniel Ricciardo.

Teams are currently prevented from running any wind tunnel tests on their 2022 cars until January 1, 2021, with the 2022 season to feature a major technical overhaul.

However, Budkowski said Alonso wants a 2022-spec car to be running wind tunnel tests as soon as possible, with the two-time champion having already visited the team’s Enstone factory, where he had a seat-fitting.

Speaking of a recent Alonso visit to the team’s Enstone factory, Budkowski said: “We were in the wind tunnel and he said, ‘So, you can’t run the ’22 at the moment?’

“And we said no, we can’t do it, because of the regulations. ‘So, when can you start developing?’ And we said first of January.

“‘Okay, are you running on the first of January?’ And we said normally we don’t but this year we might because it’s the year, you know?

Alonso initially left F1 at the end of the 2018 season, but will add to his 314 event starts at the season-opening Australian Grand Prix in March.

The 39-year-old has tested a Renault F1 car three times on separate occasions across the last five weeks in preparation for his return next season.

The 31-race winner recently drove Renault’s 2018 car, the R.S.18, in two separate tests at Bahrain, and he also drove the 2020 car at a filming day in Barcelona last month.

“Partly, it’s him wanting to get back in shape and get back in the rhythm of driving a car,” said Budkowski, regarding Alonso’s tests.

“But it’s an opportunity… to work with him on things like the steering wheel, his favourite button position, how he wants to be able to activate all the differences in the car, practice our procedures.

“It seems simple but the more we practice these things, the less we have to do during the winter testing.

“We only have three days of running for our two drivers in winter testing next year, so practicing FIA procedures, all the various things that he will need to have under his belt, that might be different from what he experienced before and also… getting him used to a Renault car, even if it’s a two-year-old car, is beneficial.”

Speaking at the Barcelona filming day in October, Alonso admitted he wasn’t yet up to speed, but believes he would require less adjustment to F1 machinery than he would with an IndyCar.

“After 18 years in Formula 1 and now getting back, it’s true that you are missing a little bit the braking points, how quick all the corners arrive, braking performance, cornering speed performance, so there are many things that I need to get used to again,” Alonso said.

“But it will take a shorter period of time than getting used to a completely new thing, like for example Dakar or Indy.”