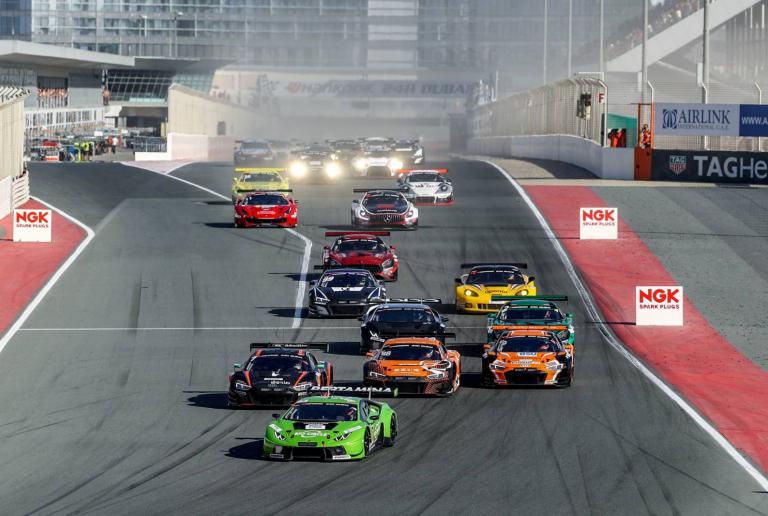 A strong field is forming for the 24H Dubai which will take place on its customary mid-January date in 2021.

Organisers Creventic, the Dubai Sports Council, the Emirates Motorsport Organization, and management of the Dubai Autodrome have confirmed that the 24H Series curtain-raiser will be held as planned on January 14-16.

A total of 65 entries have been registered, with 40 having thus far submitted shipping forms and over 50 ordered tyres, while freight is already on its way to Dubai.

“We’re very pleased to see that, despite a tough year in 2020, competitors and fans alike are still throwing their support behind the Hankook 24H Dubai,” said Creventic’s technical coordinator, Gerrie Willems.

“The season opener has been our biggest event of the year since 2006, and though circumstances have changed since the previous edition, Creventic is still working hard with our teams, the Dubai Autodrome, the Dubai Sports Council and the Emirates Motorsport Organization to ensure our first event of 2021 is a success.”

Four teams which have won the 24H Dubai in various guises have entered the 2021 edition, including a four-car effort for Herberth Motorsport which comprises three Porsche 991 GT3 Rs in the top tier and a Porsche 911-II Cup in the 991 class.

All told, those four teams represent every race-winning entry since 2012 except for one.

A MARC Car will also feature in the field, with Dutch outfit Cor Euser Racing to campaign a MARC II V8.