Miller focused on Pramac win rather than Ducati title

Miller focused on Pramac win rather than Ducati title 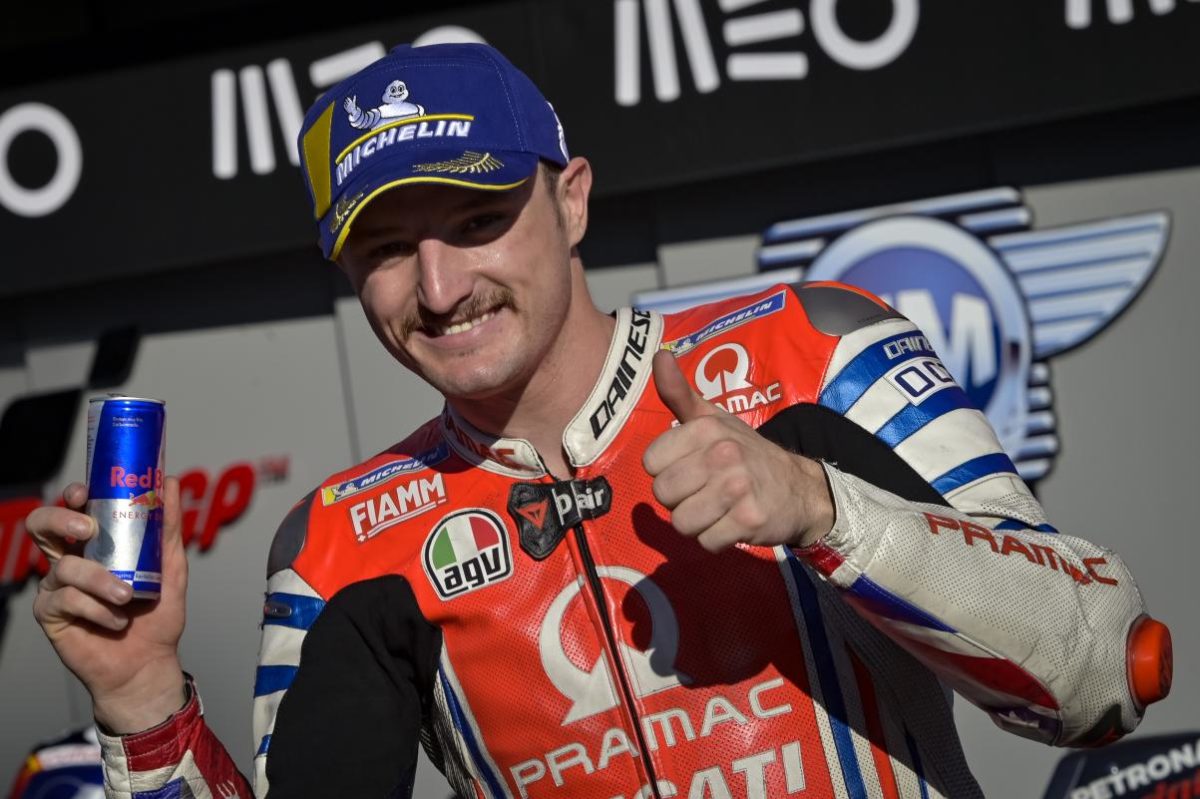 Jack Miller says that his priority is a win for Pramac Racing in his final opportunity, rather than Ducati’s MotoGP Constructor Championship hopes.

Ducati and Suzuki are level on points heading into the last race of the season, at Portimao, where Miller has earned third on the grid while the Japanese manufacturer’s best qualifier is Alex Rins in 10th.

Pramac is still chasing a maiden victory in MotoGP and its outgoing Australian pilot fell short of achieving it by only 0.093s a week ago at Valencia, when SRT’s Franco Morbidelli prevailed on a Yamaha.

While Miller is on his way to the works Ducati Team, the factory’s title prospects are not at the forefront of his mind.

“I know the manufacturers’ championship is important to Ducati, but at the end of the day – I’ve said all along – I want to get a victory with the Pramac team and we haven’t got many options left,” he said.

“Definitely, it won’t be weighing on my mind at all if I have the opportunity, I won’t be thinking ‘Ah, I will settle for second to win the constructors championship.’

“My main focus is on finishing the race and getting maximum points as possible.

“At this point we can only go forwards in the championship, so a win would definitely benefit that a lot.”

While Rins’ 10th in qualifying was subpar, newly crowned champion team-mate Joan Mir was not even close to making it out of Qualifying 1 and is set to start from 20th.

Mir put his performance down to an electronics problem which hampered his set-up work and also his confidence.

“It was a really difficult day because we had a problem with what looks like the electronics and I was not able to stay on the bike,” said the Spaniard.

“But when we realised it was too late, it made us go in the wrong direction and today was a day lost.

“Due to this problem I could not show a good performance, but I’m confident tomorrow we will put it all together and the Warm Up will be important.

“I think it will be a great comeback.”

Constructor Championship points are awarded to the manufacturers’ respective highest finishers, meaning the Ducati versus Suzuki fight now effectively comes down to which does better on the day in Portugal.

Yamaha, however, is still an outside chance despite losing points for a technical breach early in the season.

Miller is currently eighth in the riders’ championship, 10 points behind Pol Espargaro and seven ahead of Takaaki Nakagami.