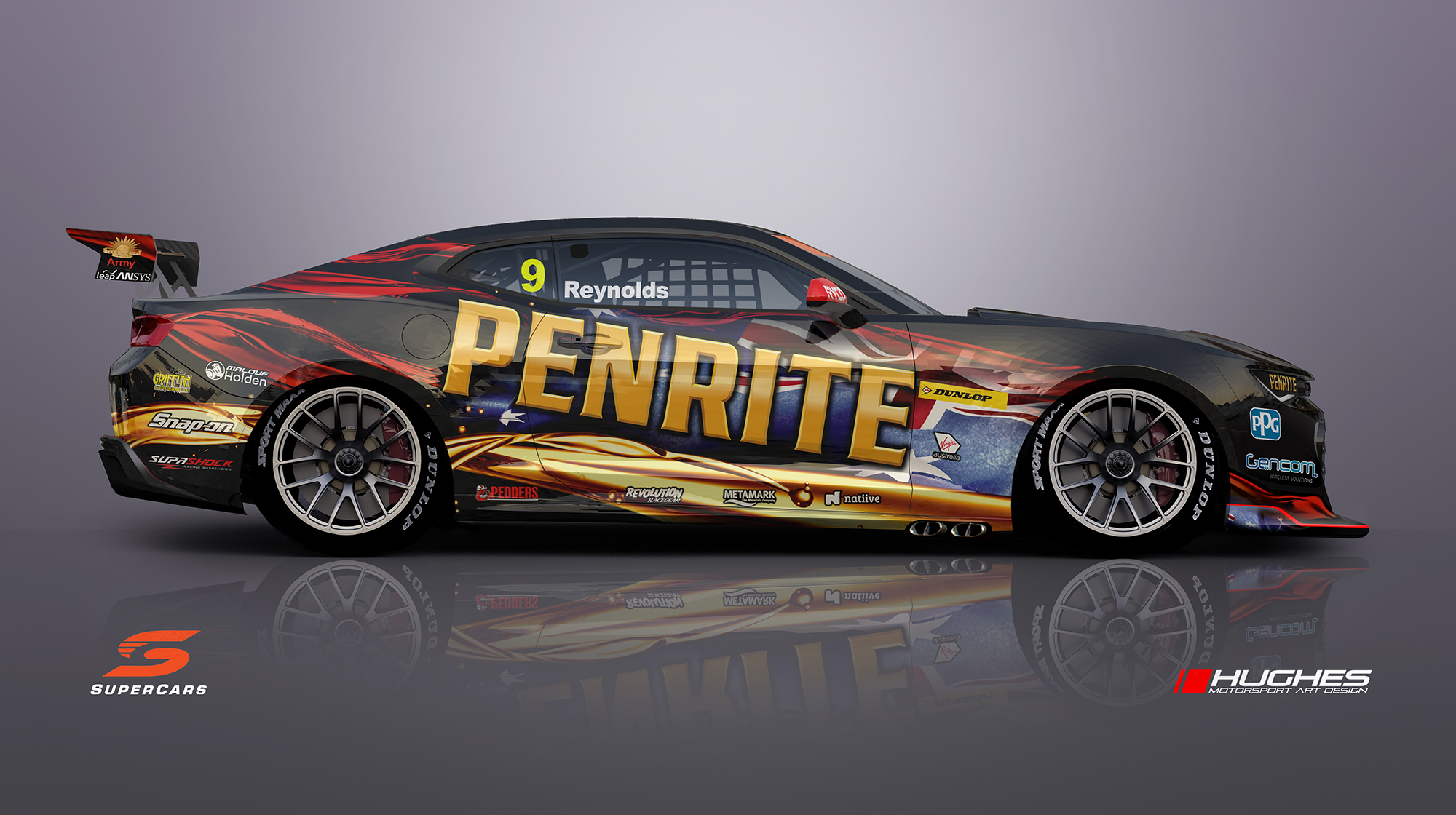 Supercars has explained some of the aesthetic changes to its cars under Gen3, including a new exhaust outlet placement.

When the championship introduces Gen3 in 2022, the category will be hybrid ready.

As such, Supercars has had to factor in where hybrid components, including batteries, will be placed.

A provision in the chassis has been outlined for those components, meaning the exhaust will no longer exit near the rear wheels as it does now.

Instead, the exhaust will exit just behind the front wheel, as pictured above, to avoid coming near electrical elements.

“In terms of what will actually be there from Day 1, our existing transaxle, which will carry over to the Gen3 car it already has the in-built capability to accept a motor-generator,” said Casey.

“In addition to that, you’ll notice in the renders, the exhaust outlet at the front of the car compared to the current positioning.

“What that indicates is that we’ve actually designed in the front part of the chassis, a cavity that will accommodate a substantial battery pack at a point in time in the future that the category and the participants and the stakeholders decide that we need to make the switch.

“Not from day one, but we’re ensuring the chassis design can accommodate a substantial battery pack.

“The two primary components of hybridisation or electrification is a motor-generator unit and a battery pack. Both of those are components designed for and accommodated for.”

Supercars is investigating the means by which hybridisation might be introduced to the championship.

A system hasn’t yet been decided on for 2022 and Supercars will not commit to going hybrid unless it is financially feasible.

Other visible changes from the current Gen2 to the new-for-2022 Gen3 platform is the low slung rear wing.

Casey said the anticipated reduction in downforce levels overall means the rear wing will act primarily as a downforce balancer between makes and models.

“The aesthetics will change from model to model,” said Casey.

“So it won’t be control wing, but the element will be controlled, and the fixing points, so it’ll fix to the chassis through the boot.

“It’ll be not a performance component, it’ll be a balancing component. That’s the way to think about it.

“We think at this stage, and it’s very preliminary aero work, but we think we need sort of circa 100 kilograms of downforce to balance the slipperiest from the least slippery.”