Ricciardo hopeful of third in championship for ‘underdog’ Renault

Ricciardo hopeful of third in championship for ‘underdog’ Renault 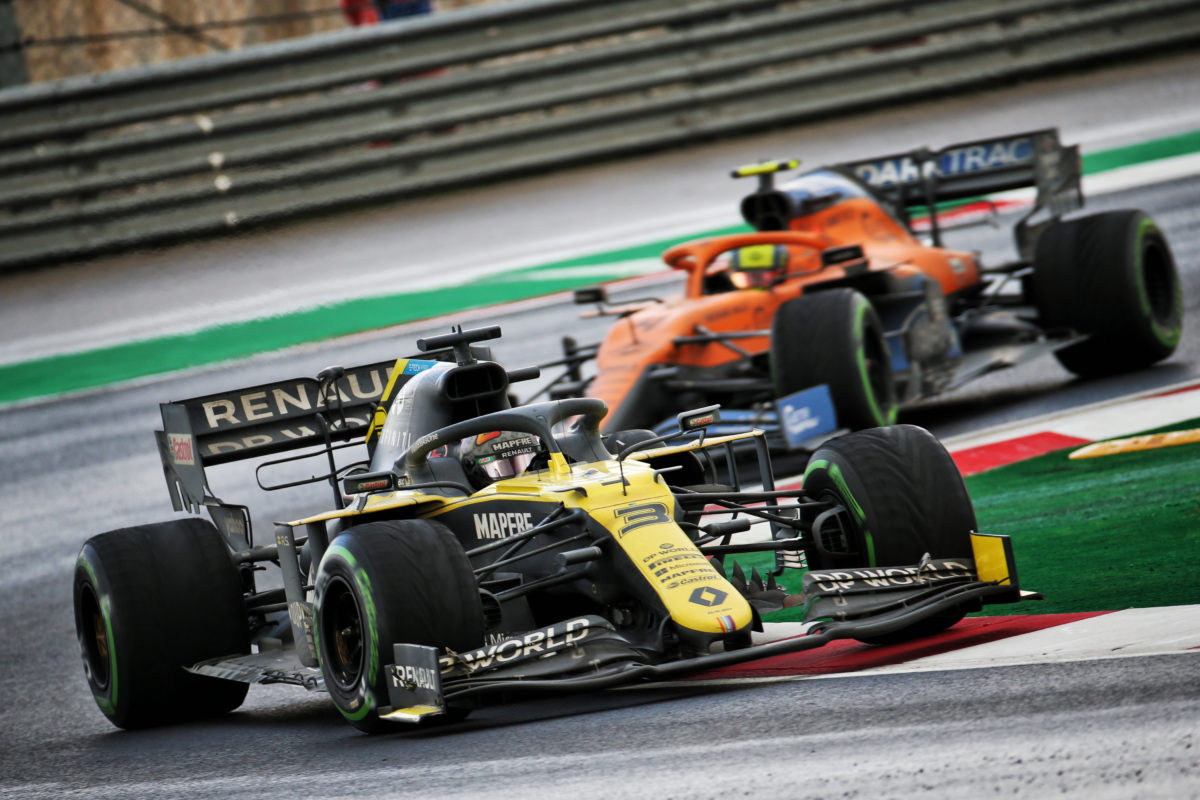 Daniel Ricciardo remains hopeful of Renault finishing third in this year’s Formula 1 constructors’ championship despite conceding that it is now the ‘underdog’ to do so.

The Renault F1 Team had arrived at the most recent race of the season, in Turkey, with a one-point advantage over both Racing Point and McLaren.

However, a frustrating afternoon saw the Anglo-French squad drop to fifth in the constructors’ standings, 18 points behind Racing Point and 13 behind McLaren.

Ricciardo nevertheless believes his team is a chance of reclaiming the position just behind Mercedes and Red Bull on the table, given three grands prix remain in 2020.

“For sure now we’re the underdog, but it’s still doable, and there’s still three races,” he said.

“If there was only one race left, or even two, I’d certainly be a bit more pessimistic. But we can still do it.

“It’s obviously a shame that there was a big swing (in Turkey). It does sting, we can’t deny that. But with three races to go I think we still have a chance to pull it off.

“And although the races will probably be dry, they’ll still be a bit going on. We know Bahrain, it’s a tight Turn 1. So maybe Sergio (Perez) and (Lance) Stroll (Racing Point team-mates) want to get into each other! We’ll see.”

Asked if he thinks Renault is still in contention for third, the Frenchman said, “Yeah, very much. I think we still have all opportunities ahead of us.

“There are still three races to go, a lot of points available on the table. Where we are, it can turn very quickly from one way to another.

“So, you know, I have no doubt that we’ll be again in the fight in Bahrain and in Abu Dhabi as well.”

Ocon also believes that the typically hotter temperatures in Bahrain and Abu Dhabi, the former of which will host races on consecutive weekends, will play into Renault’s hands.

“I think we are usually pretty good in tracks where the heat is strong,” he observed.

“Usually we look well after the tyres and on these tough tracks we are pretty strong.”

Ferrari is only six points behind Renault in the standings, having picked up just its third podium of the season at Istanbul Park.

Its lead driver, Charles Leclerc, sits fifth in the drivers’ championship, one position and one point ahead of Ricciardo, while Ocon occupies 12th.