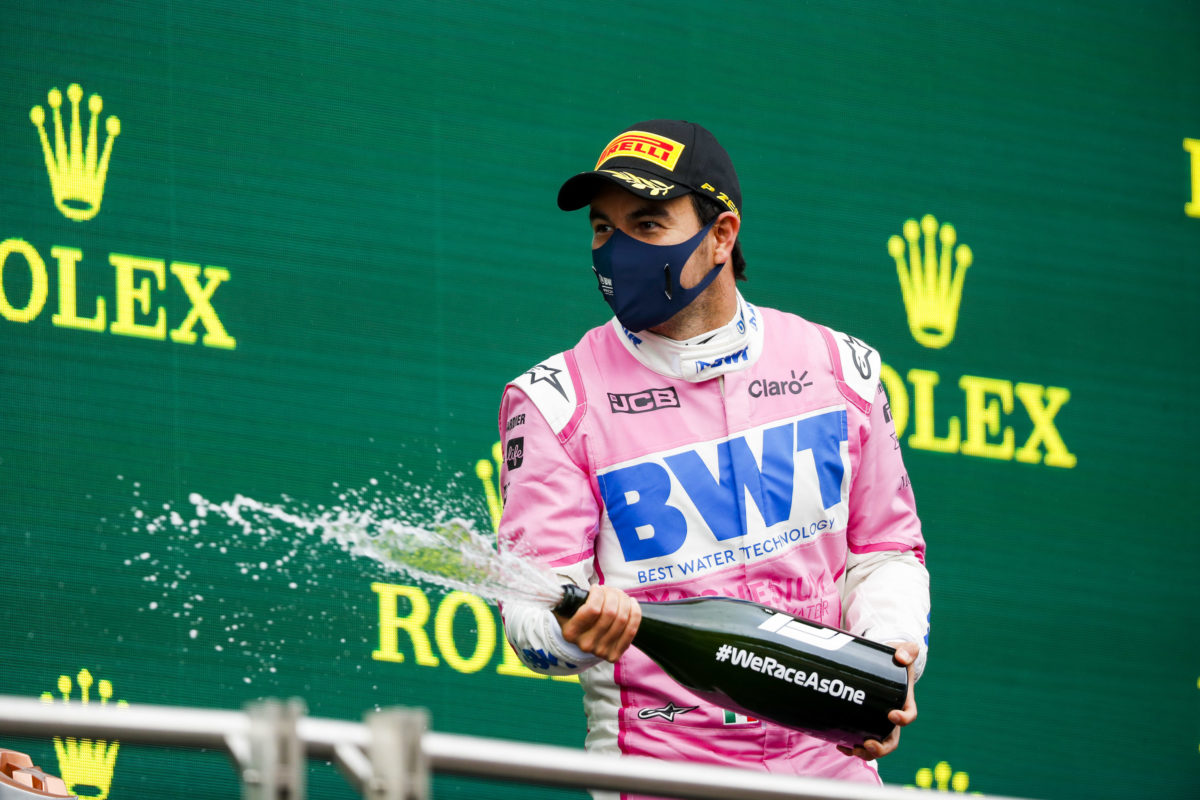 Sergio Perez says he is prepared to take a sabbatical from Formula 1 if he fails to secure a seat on the 2021 grid.

Perez is fourth in the drivers’ championship despite missing two races due to a positive coronavirus test, and claimed a first podium of the season last weekend in Turkey.

However, the Mexican will leave Racing Point at the end of the current season, with Sebastian Vettel to spearhead the team’s rebranded Aston Martin effort in 2021.

Red Bull remains Perez’s only realistic chance at remaining on the 2021 grid, but the team is also keen to retain Alexander Albon.

“That one is not in my hands,” said Perez, after being questioned over the Red Bull seat.

“At the moment, I’m just focusing on finishing on a high. If the opportunity comes, great. If not, I’m prepared to stop for a year.”

Perez is on a career-best run of 18 consecutive points finishes dating back to September 2019, and equalled his best-ever result in Formula 1 by finishing second at Istanbul Park.

He would likely have finished on the podium at Imola, but a late pit stop handed third place to Daniel Ricciardo.

Perez is 41 points ahead of Racing Point team-mate Lance Stroll, who is is 11th in the standings.

When his exit was confirmed, Perez admitted it “hurts a bit” to be leaving Racing Point and that he had been given little notice of his future with the team prior to the announcement.

However, he conceded that securing a seat in Formula 1 goes beyond a driver’s performance.

“If it’s an injustice on missing out, I think it’s part of Formula 1, I always knew this is how it is. I can call myself privileged, I have had a great career, 10 years in F1 up to now,” the 188-race veteran said.

“If it’s the case I have to leave the sport, I can leave with a lot of pride as I’ve delivered with the material that I have had. Not many people can have such a career. So we’ll see what happens, but I’m at peace with myself.

“We’ve seen with other drivers, there are so many things around the seat, around a driver, that at the end of the day this is not in my hands.

“I’m not really concerned, I really want to finish the season on a high and see what happens.”

The season concludes with a Middle East triple-header, starting with the Bahrain Grand Prix across November 27-29.