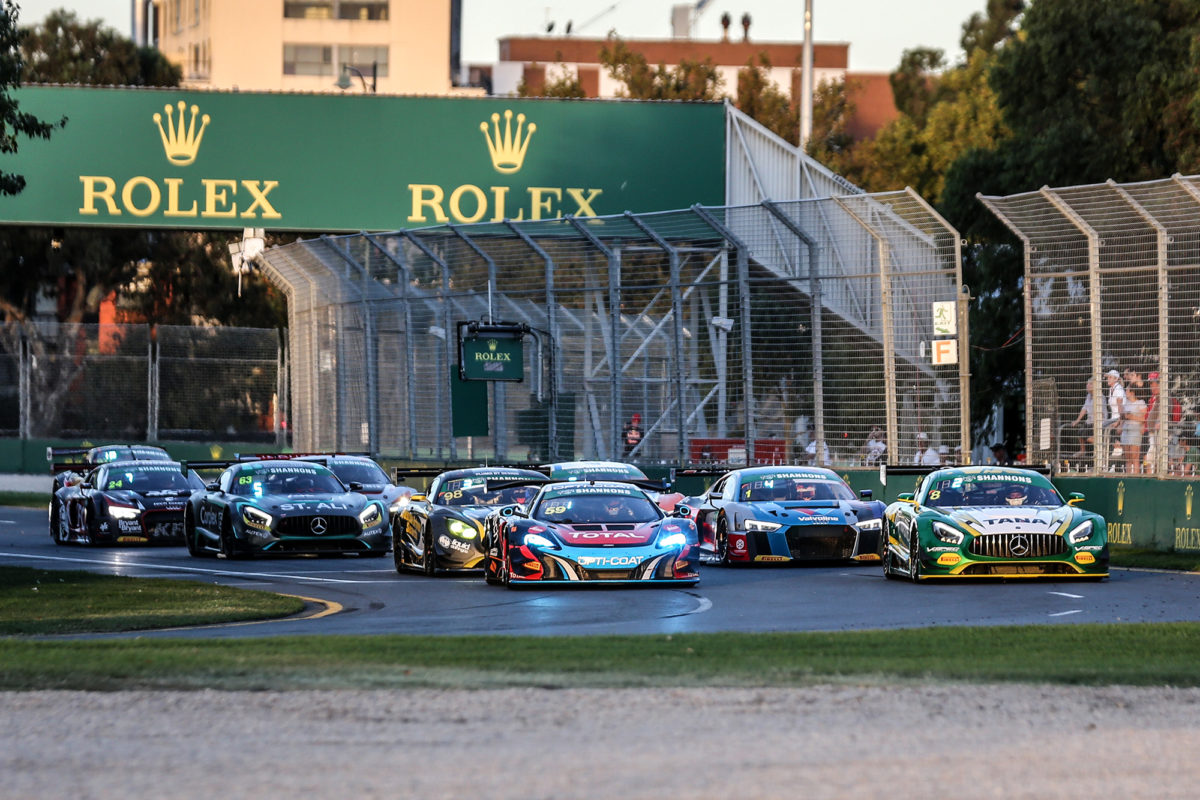 Australian GT will become part of a global manufacturers’ championship when it features on the GT World Challenge Powered by AWS platform under its new management.

The announcement is one of the first tangible signs of SRO Motorsports Group’s management of the championships, which it will do so jointly with the Australian Racing Group from next year.

Furthermore, the new-look competition will adopt SRO’s technical and sporting regulations, including Balance of Performance.

In terms of a calendar, the sprint campaign is expected to consist of five events, while the 2021 Motorsport Australia Endurance Championship is to be decided by a one-off race lasting three or four hours.

Inclusion in ARG’s announcement of reference to live and free coverage on the Seven Network suggests a regular presence on the Shannons Motorsport Australia Championships bill, where now sister series such as TCR Australia and S5000 are cornerstones.

The GT Trophy Series for older-specification GT3 cars and the GT4 Series will continue as a part of GT World Challenge Australia rounds, with the Motorsport Australia Manufacturers title and the Tourist Trophy for GT competitors to also be brought back.

“It is a great pleasure to present GT World Challenge Australia Powered by AWS and add a fourth continent to our global platform,” said SRO founder and CEO, Stephane Ratel.

“After being given the opportunity by Motorsport Australia to jointly manage the championship alongside ARG, it was a natural decision to align it with our series in Europe, Asia and America.

“By doing so I believe that we can take GT World Challenge Australia Powered by AWS to a global audience and offer a pathway for teams and drivers to compete internationally.

“The close ties between these customer racing series will also provide a great opportunity for manufacturers.

“This is an exciting time for SRO as we take a more active role in Australian GT racing, building upon our existing involvement with the Liqui-Moly Bathurst 12 Hour, and expand our global footprint.

“My thanks once again to ARG and Motorsport Australia for their close collaboration.”

Behind the scenes, a former Australian GT category manager under previous owners in Ken Collier has been reinstated to that position.

Collier, also previously an FIA GT Commission representative, resigned from Australian GT in March 2019 after a seven-year stint before joining ARG as General Manager of Operations.

“The announcement of Motorsport Australia to grant SRO and ARG the joint management of GT racing in Australia is an incredible opportunity for the category to grow substantially,” he said.

“The alignment of our local category with the global experience of SRO will definitely see some changes to the way GT racing has been conducted in the past, however I cannot see any down side for the Australian GT teams.

“Having been a part of ARG for the past 18 months has proven to me that it is genuinely committed to the success of the categories and events that it manages. The level of engagement with all of the stakeholders in all of the ARG race categories is at the highest level I have experienced.

“Our determination to have the best events, supported by the absolute best media coverage including the Seven Network broadcasts will not let our customers down.

“If it wasn’t for the obvious challenges of 2020, all of our promises would have been met and the results proven.

“Everyone who knows me will understand how passionate I am about GT racing and my excitement for the partnership with SRO is difficult to contain!”