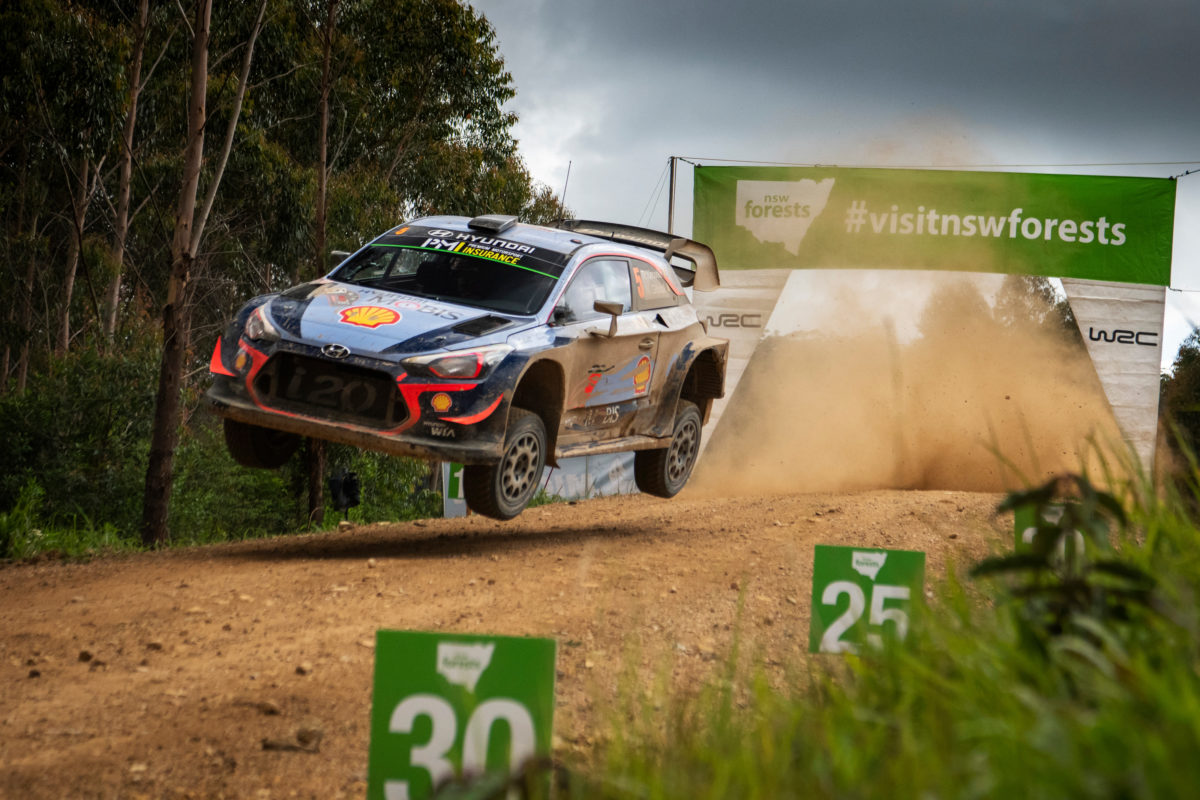 Thierry Neuville at Rally Australia in 2018

FIA rally director Yves Matton suggested Australia and New Zealand could both feature on the 2022 World Rally Championship calendar should it return to its normal size.

A 12-round Eurocentric calendar was recently confirmed for the 2021 championship, with events to be contested in Europe, Africa, Asia and South America.

Australia was set to enter a rotation again and was even included on the draft calendar, but neither it nor Rally New Zealand feature on the new calendar.

The 2020 WRC schedule was truncated due to the COVID-19 pandemic, with seven events featuring on the new calendar.

Rally New Zealand, which was initially scheduled across 3-6 September, was one of nine events cancelled due to the pandemic.

The 2019 WRC season finale, which was set to be held around Coffs Harbour in New South Wales, was cancelled in the lead-up to the event amid escalating bushfire conditions.

Australia and New Zealand haven’t featured on the same WRC calendar since 2006.

“I think it’s possible to have both in the same year,” Matton told DirtFish.

“When we come back to the normal situation with the number of events we will have to include in the calendar, it will not be an easy one.

Matton said rally organisers were sceptical that local COVID-19 restrictions would be taken away early enough in Australia and New Zealand to warrant a 2021 slot.

However, Matton said organisers want a return to WRC action in their respective countries: “They still want to be part of the championship, but they don’t have any guarantee that they will be able to host an event (in 2021).”

The 2020 season will conclude with Rally Monza across 3-6 December.