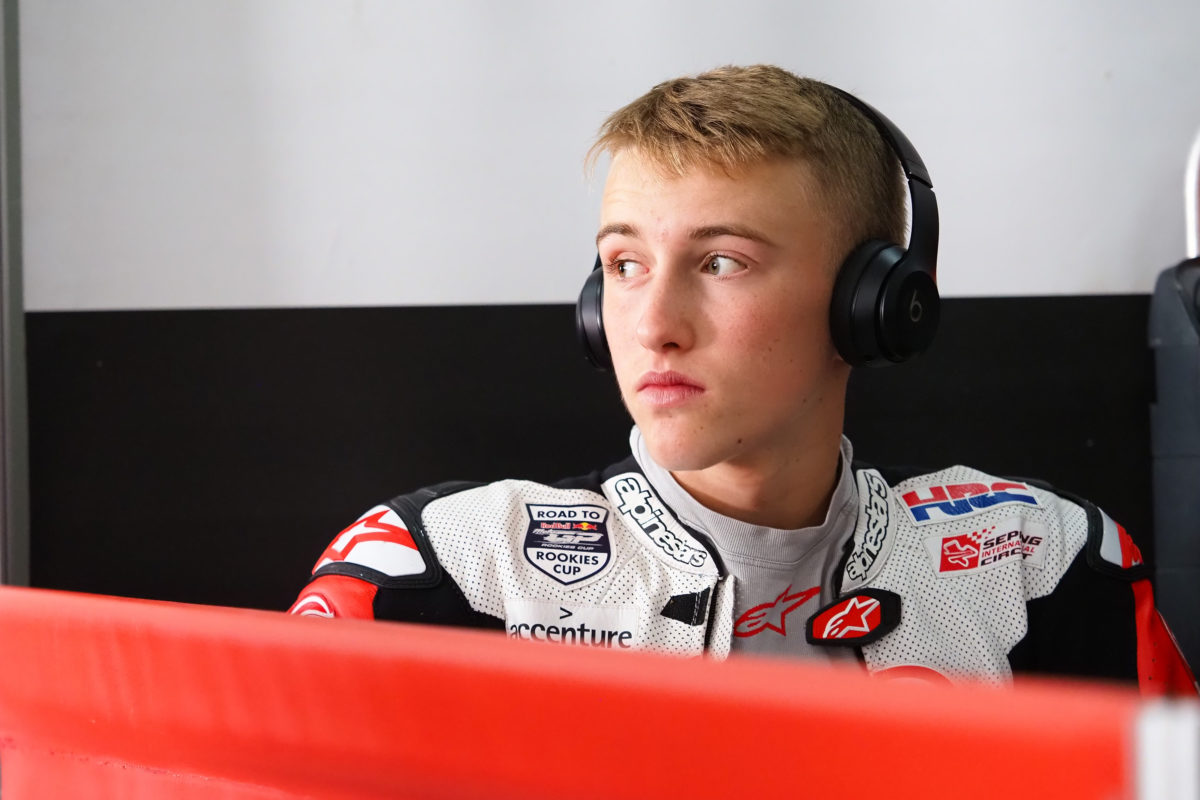 The call-up has been announced just a fortnight after news that Voight will also contest the FIM CEV Moto3 Junior World Championship in 2021.

Both are feeder series to the grand prix championships, as are the Asian Talent Cup and European Talent Cup which the 14-year-old has already gone through.

He finished eighth in his rookie season of the latter in 2020 with Sic58 Squadra Corse, the same team which he will ride for in CEV Moto3 next year.

Those who have come through the Rookies Cup include MotoGP race winner Brad Binder, two-time Moto2 champion Johann Zarco, and 2018 Moto3 champion Jorge Martin, the latter of whom will join the former two in the premier class next year.

New Zealander Cormac Buchanan is also among those who have been selected to race in the Rookies Cup in 2021.

The current MotoGP season concludes this weekend at Portimao.

Riders invited to return from this year’s Cup