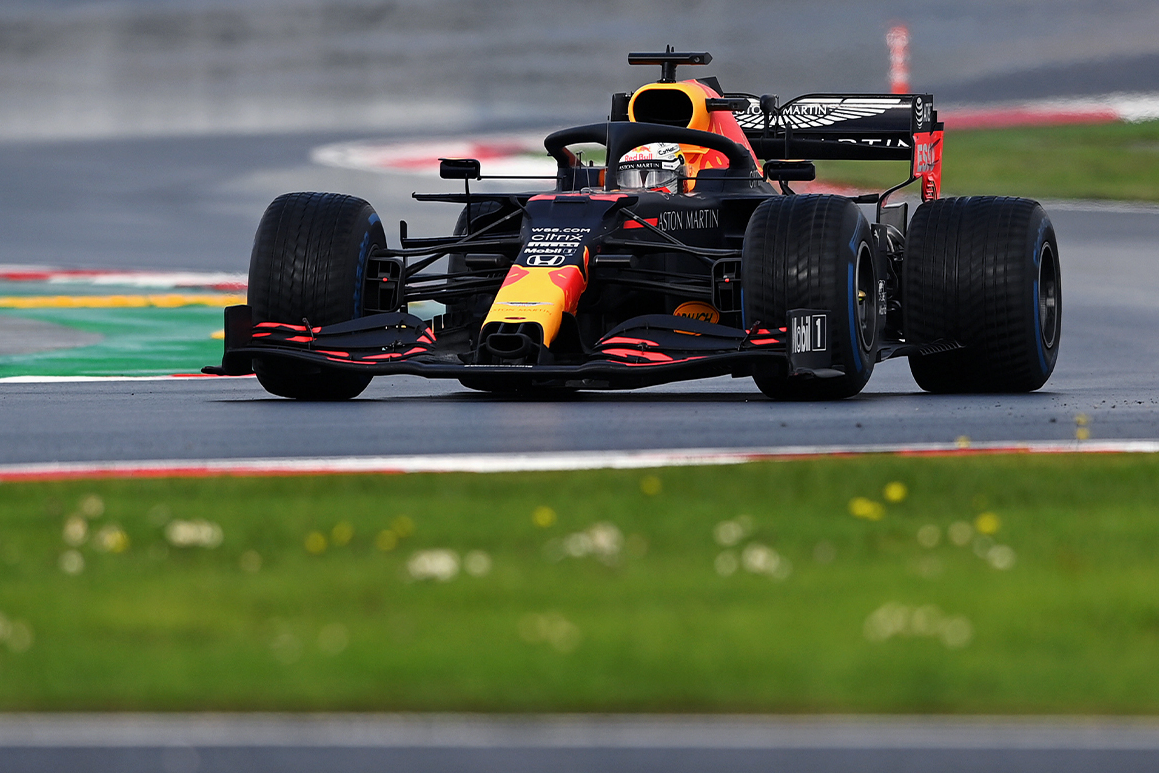 The Red Bull driver arrived on race day as one of the favourites for the win, having topped all practice and qualifying sessions bar Q3, which saw Racing Point’s Lance Stroll pip the Dutchman to pole position.

However, Verstappen’s race unravelled following a poor start, with the 23-year-old spinning at high speed on Lap 18 while chasing Racing Point veteran Perez.

The error forced Verstappen into the pits with flat-spotted tyres, and a later spin behind the lapped Alfa Romeo of Kimi Räikkönen marked the end of a trying run to sixth, 45 seconds down on winner Lewis Hamilton.

The nine-time Grand Prix winner rubbished claims that his early-race error was down to desperation following his slow start.

“I didn’t even want to overtake (Perez) there,” Verstappen told de Telegraaf.

“It’s not that I was too impatient or anything like that. There was nothing I could do at that spot.

“I just wanted to hook up behind him, but suddenly I understeered off the track. Then it was more or less finished. After that I was stuck in a little train for most of the time.

“The state of the asphalt was ridiculous as well. And with this front wing set-up, there is not much you can do as a driver.”

Verstappen explained that an aero imbalance had been exacerbated by a front wing set-up change, with one side changed more than the other, affecting his RB16’s handling.

“It turned out that the adjustment of my front wing was completely wrong.

“On one side we were seven degrees short of what should have been our front wing set-up. That is quite a lot really.

“Normally you adjust one degree here or there, or something like that. But seven degrees, that is a lot.

“So what can you do as a driver? Almost nothing works as a result of that.”

Verstappen remains third in the points standings heading to the Bahrain Grand Prix across November 27-29, 137 down on champion Hamilton and 27 adrift of Valtteri Bottas.