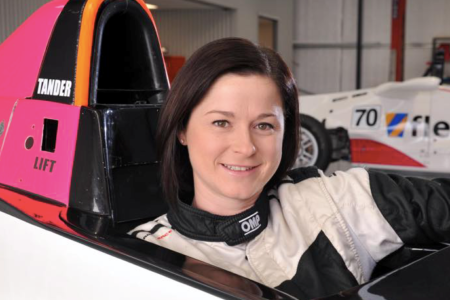 Sonic boss Mick Ritter has identified Leanne Tander’s 2016 triumph as his team’s standout Formula Ford title out of a total of 11 and counting.

However, it is the effort of a mother of two who finally bagged a national level title after a period out of the sport which is foremost in Ritter’s mind.

“Eleven titles in total, and that’s something we’re really proud of,” he remarked in the latest episode of the Sonic Story video series.

“They’re all very memorable and they all stand out for different reasons. The times and the learnings with every one of those drivers through that period – and their team-mates – they’re all special, and they all are significant in their own right in what they’ve meant to Sonic.

“But for me, one that absolutely stands out was Leanne Tander winning the championship with us in 2016.

“Leanne had had a successful karting and car racing career to that point, but had never quite managed to win a championship.

“She came really close a couple of times, (in) Formula 3 and what was at the time Fujitsu Series (Super2), but she’d spent a bit of time away from racing.

“She was now a mum with a couple of kids, and seeing the commitment she applied in 2016 and her desire to succeed, that was a pretty cool time.”

Nevertheless, Ritter says he does give much though to future glory of drivers within his ranks despite the potential that the likes of Whincup might display.

“Jamie was, what I would call at the time, a very hard-core racer,” he recalled.

“His ability to race, and race hard but smart, but not give an inch, was absolutely outstanding.

“I guess, at the time, you don’t particularly think too much about what a driver or what the future does hold, other than you want to see them go on and make a career out of the sport.

“But certainly, Jamie’s path since then is outstanding, and it’s a credit to him, and undoubtedly his work ethic and his hunger and his desire to do it his way.”