Renault: ‘Normal’ season might have convinced Ricciardo to stay

Renault: ‘Normal’ season might have convinced Ricciardo to stay 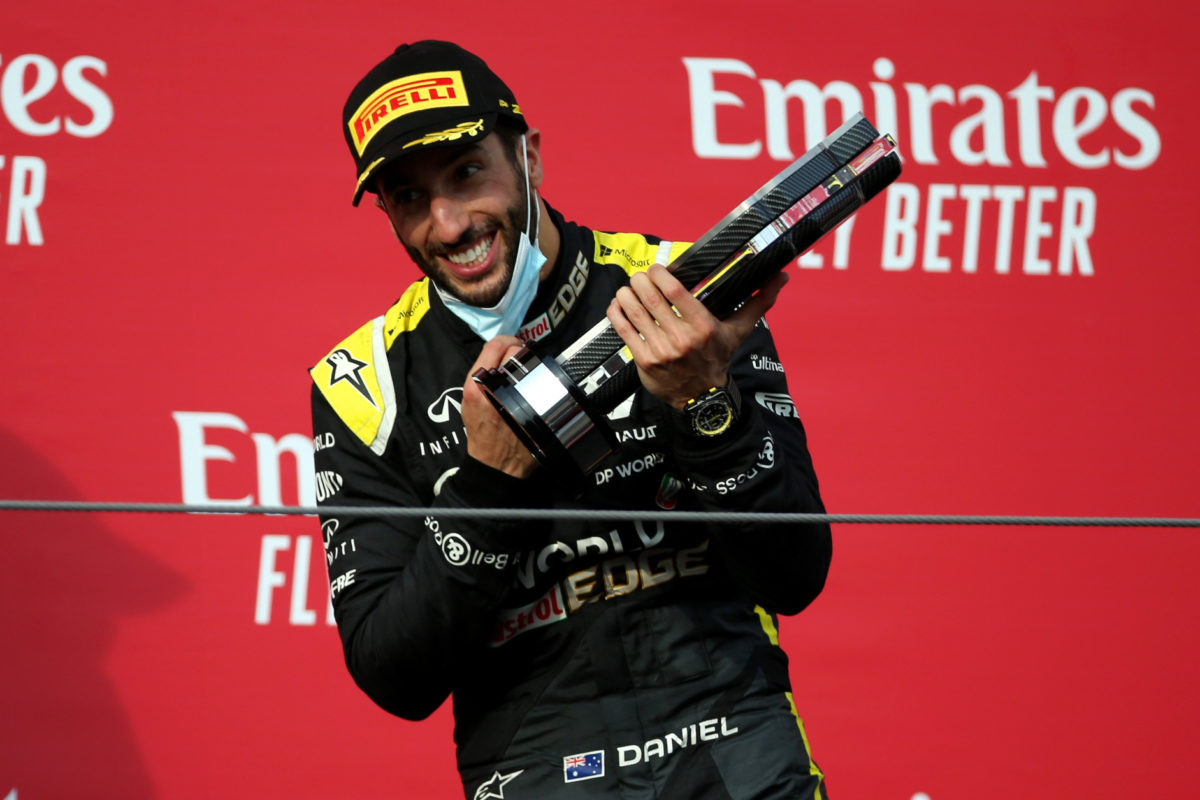 Renault Sporting Director Alan Permane believes Daniel Ricciardo might have made a different decision on his future had he raced the R.S.20 beforehand.

After the 2020 season start was delayed due to the COVID-19 pandemic, Ricciardo confirmed a switch to McLaren for 2021, which marked a key gamble for the Australian considering he locked in a move before getting a true look at the 2020 form guide.

After 14 races in 2020, Ricciardo is four points adrift of fourth in the drivers’ championship, having claimed podiums at the Nürburgring and Imola.

Renault is 18 points down on third-placed Racing Point in the constructors’ standings, and 13 behind McLaren.

Renault has since confirmed two-time world champion Fernando Alonso will replace Ricciardo at the team, which will be rebranded as Alpine from 2021.

Speaking to F1’s Beyond the Grid podcast, Permane believes had Ricciardo had a “normal” season with the new Renault, the Aussie may have re-signed.

“I’m sure he has (been surprised by Renault’s improved form). I tell him every week, ‘It’s not too late to change your mind’,” Permane said.

“Seriously, I do. Of course it’s tongue-in-cheek, and of course I know he can’t change his mind, and of course he doesn’t even pretend to even say he would consider it out of respect for his new team.

“Who knows, if this had been a normal season, and people weren’t making their minds up about team changes before we’d even really turned a wheel, who knows where we’d be now?

“Without that, we wouldn’t have Fernando back. So one door closes, another opens for the team.”

Permane, who has been the team’s sporting director since it competed under the Lotus name in 2012, admitted it will be “sad” to lose Ricciardo.

“You don’t meet many that are pretty much spot on both ways, and he’s done a great job in building a very strong team around him, in terms of engineering and his mechanics.

“Pre-COVID, when he would come to the factory and the whole team would be gathered in the race shop and you can tell there’s just love from everyone for him.

“Nico (Hülkenberg) had been with the team for a while and was well-loved, and Daniel came along and was just hanging out in the garage with people.

“I’m sure Nico thought, ‘Why is he doing that? What’s this guy doing?’ (Ricciardo) did it because he enjoyed that sort of thing. That builds a strong team.”

Permane suggested Ricciardo is one of four current drivers on the grid who can challenge for world titles.

“There’s not many of them on the current grid, I’m only speaking from what I see the same from everyone else,” he said.

“Okay, I see a little bit more of Daniel, but there’s him, there’s Lewis (Hamilton), there’s Charles (Leclerc), and there’s Max (Verstappen). Those four are a different level.

“No disrespect to Esteban (Ocon, Ricciardo’s team-mate), but he’s just that half a tenth, one tenth behind, and where we are, that can be a lifetime. He’s striving hard to close that gap, and learning from Daniel where he can.”

At the time of Ricciardo’s exit, Renault Managing Director Cyril Abiteboul made comments preaching “unity and commitment” while not referring to the driver by name.

However, Ricciardo said his decision to move on from Renault after just one year with the team came down to McLaren’s progress in 2019.

The Woking outfit will shift to Mercedes power units from 2021 as it bids to return to the top step of the podium for the first time since 2012.

“It was quite clear to most that McLaren was the team that made the biggest step out of all (in 2019). So that was encouraging obviously for them and that’s really all you can kind of base it off and their pitch for the future,” Ricciardo said in May.

“Obviously they’re switching power units and all that. Yeah, there’s a bit that I guess they’re excited about for now. Talking about it is certainly tough as it was by no means an easy decision, as you can imagine, and not having really much to gauge from 2020 was pretty difficult.”