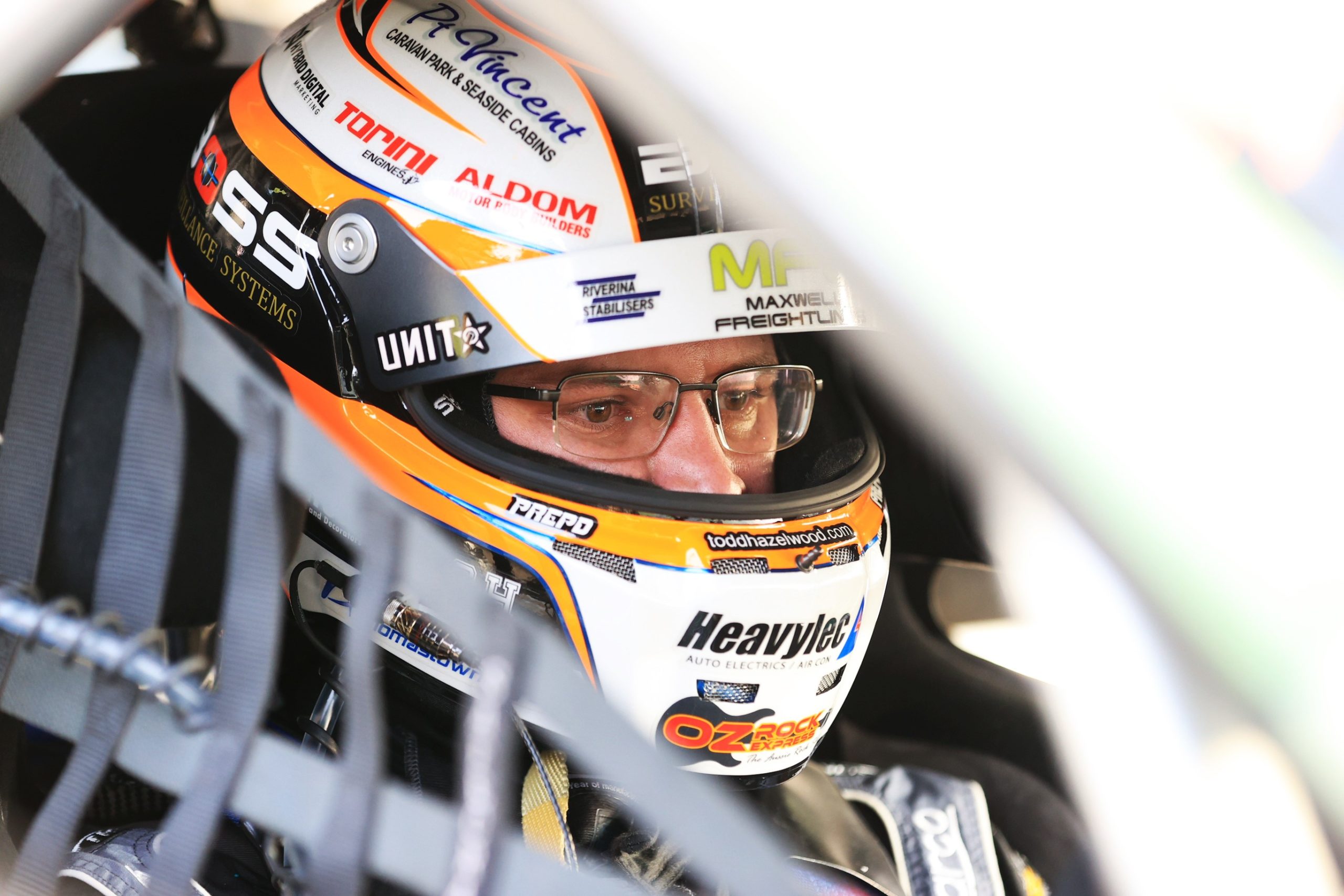 Todd Hazelwood says stepping from a one-car operation into a four-car team brought him the most benefit in 2020.

In what was a two-year spell with Stone, he split 2018 between a Ford FG X Falcon and Holden VF Commodore before stepping into a ZB Commodore for 2019.

This year the 25-year-olds move to the Albury base to join experienced head Nick Percat, second-year driver Macauley Jones, and rookie Jack Smith.

Hazelwood driver finished 17th in his maiden season with Brad Jones’ team, in a year highlighted by a podium finish at the second Supercars round in Sydney and a pole position in the second Townsville event.

The Adelaide-born driver said working alongside Percat, Jones, and Smith rather than on his own has been extremely beneficial, particularly the Bathurst 1000 winner.

“Nick’s been great to work with,” said Hazelwood.

“Obviously he’s been part of the team now for a long time and seeing how he works with the crew and having a good team-mate to benchmark myself off has been really beneficial.

“It’s something that I haven’t had in my main series career ever. And also having the ability to also look at the data that Macauley and Jack have as well.

“So having the access to that this year has been really beneficial, I haven’t stopped learning all year.

“It’s being able to have a benchmark to really push myself against and I’ve really relished the opportunity.

“I think that all bodes well for next year that we’ve got a group of guys that all get along really well, but also we’re pretty hard on each other.

“We’re all hungry for success and that’s what you want on a team. I think between us all, bring on next season.”

Hazelwood ultimately couldn’t convert his pole position into a win at the Reid Park Street Circuit.

However, he said it was a good indicator of what the team was capable when on song.

“We led 80 percent of that race this year,” Hazelwood said.

“We qualified on pole and we showed that the potential is certainly there to win a race if we get it right.

“Nick won two races this year and was on the podium a few times as well. So the potential is certainly there to win races.

“The first race is always the hardest one to win and then after that, they have a tendency to keep coming. So hopefully we can be in that position next season.”

Hazelwood and Percat have both been confirmed to race for Brad Jones Racing in 2021, but the remainder of its line-up hasn’t been announced yet.