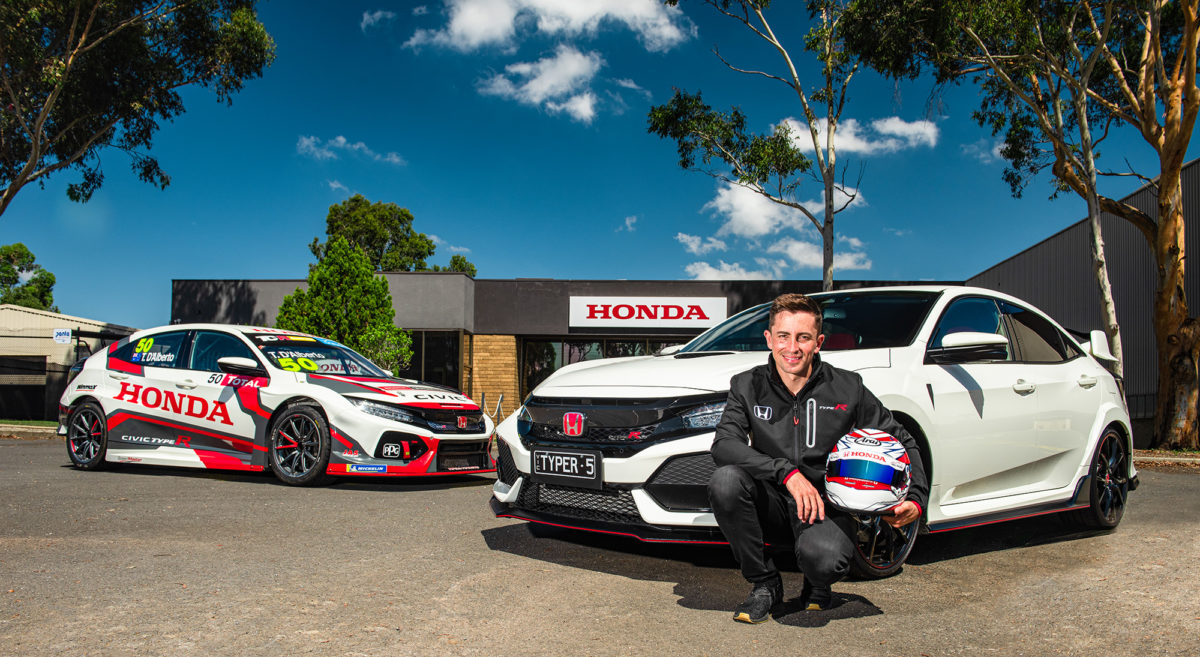 Tony D’Alberto will contest a second season of TCR Australia in a Honda-supported Wall Racing Civic Type R, in 2021.

The 2019 series runner-up was in fact due for such an undertaking this year until the COVID-19 pandemic hit and the competition did not proceed.

D’Alberto was at least unbeaten in what little TCR running he did enjoy in 2020, namely February’s pre-season test at Winton.

“All the frustrations of 2020 seem far behind us now and we are full steam ahead into preparations for next year’s TCR Australia Series,” he said.

“I feel blessed that Honda and Wall Racing are also very keen to pick up where we left off. It’s such an exciting category with a huge potential here in Australia, and as we’ve seen around the world in other TCR classes, the Honda remains one of the cars to beat.

“Of course, we want to go one better than last year, but after a year like 2020, just getting on the track will feel like a win.”

Robert Thorp, the General Manager – Product, Customer & Communications at Honda Australia, said, “2020 has certainly been a challenging year right across the board, but despite all of the headwinds, it’s fantastic that we can finally start to look forward with a renewed sense of positivity.

“After such a successful first year of TCR racing for Tony and the Wall Racing team in 2019, with the first TCR pole position and claiming second place in the championship, it will be an exciting way to kick off the new year with some racing through the summer months.

“We’ve just launched a major update for the Civic Type R last month and we have some special plans in development to bring the road car and race car programs together during the 2021 season, so fingers crossed the current situation continues to improve.

“I know the entire team at Honda Australia can’t wait to see the Civic Type R TCR car back on track in Tasmania in late January.”

Round 1 of TCR Australia for 2021 takes place at Symmons Plains on January 24-26, while the season wraps up with the two-driver TCR 500 endurance race at the Bathurst International in November or December.

VIDEO: D’Alberto gets a new car