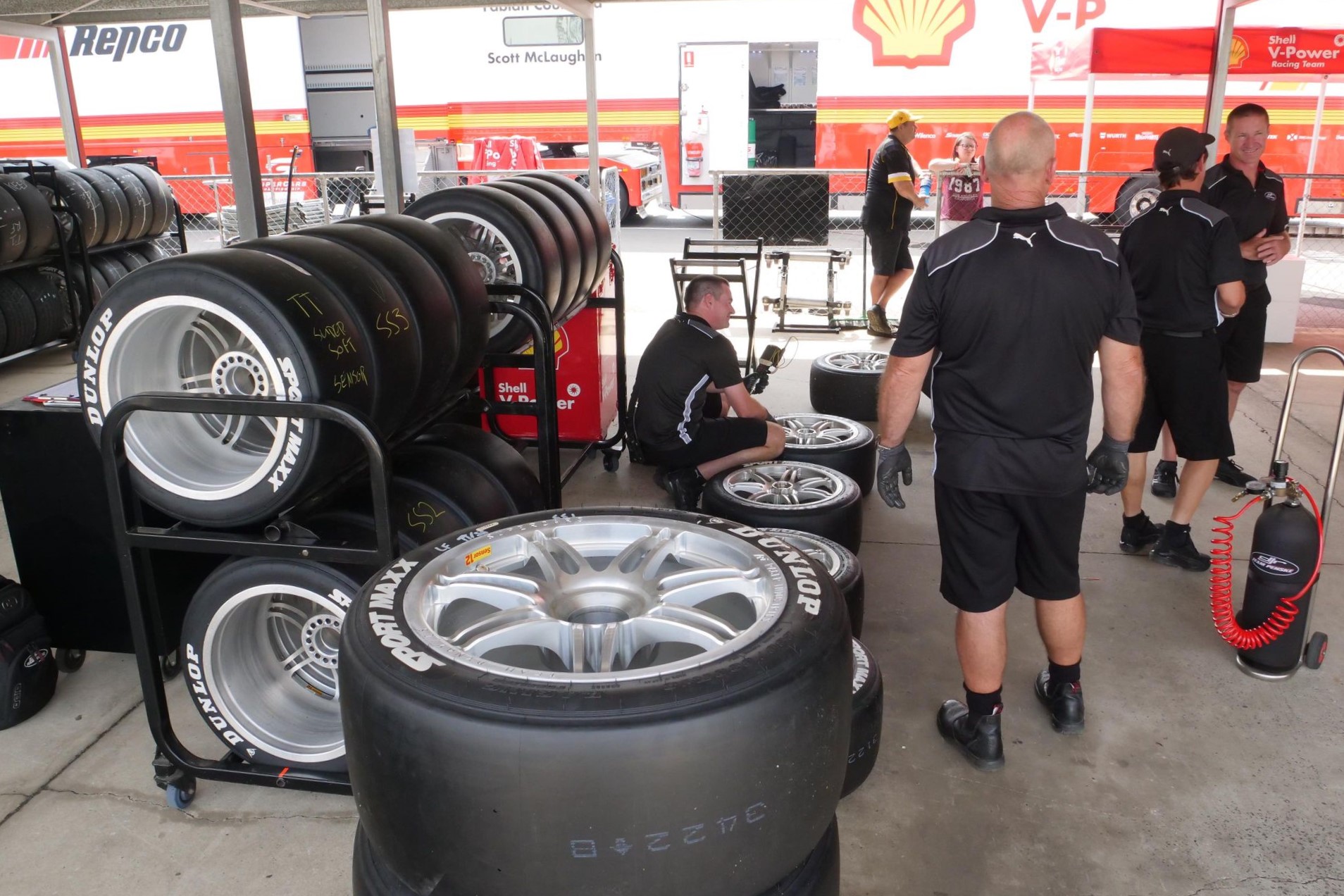 Supercars’ Heads of Motorsport Adrian Burgess is confident a newly tested super soft tyre will be introduced to the championship in 2021.

The test proved positive for Supercars, with the pair suffering the desired grip fall-off towards the end of a simulated race run.

The new super soft compound is designed to have a significantly reduced life but be consistently quick throughout the stint before suffering sudden drop-off.

Burgess hailed the test a success and anticipates the Supercars Commission will ratify the tyre’s introduction for next season following a meeting next week.

“The next step now is I will produce all the paperwork into the report – we’ve got a commission meeting next week, and then we will discuss it, and we’ll make a decision from there,” he told Speedcafe.com.

“We’ll only use it at certain events next year, if we decide to do it, but I’m confident the commission will be happy with the report when we produce it as an option for a couple of the circuits. We could probably use it at three or four events next year.”

The introduction of the super soft tyre would add another slick compound alongside its soft and hard compounds currently available.

“It was good. It’s probably the direction that we feel we want to go on some of the circuits,” he explained.

“We won’t use it on every circuit, but there’s definitely low deg circuits that we have, say like Winton and Darwin and Tasmania and QR and places like that.

“I think it will provide a better race than the current tyre, because it will just open up strategies and things. So that was the aim for the day, and quite happy with how it went.”

Burgess said the new tyre hit all the targets Supercars had asked of Dunlop.

“We basically asked Dunlop for a tyre that degraded far quicker than the current soft,” said Burgess.

“They gave us a tyre back in the middle of the year that was a good tyre, but didn’t degrade as quick as we really wanted.

“They went away and played with it again and came up with this tyre. It did exactly what we needed to do.

“We had probably three times more degradation than the current soft tyre.

“We ran through a programme with Will and Jamie. Both drivers did multiple stints, long runs, just to make sure it degraded.”

Dunlop Operations Manager Kevin Fitzsimons was unable to attend the test, but Dunlop representatives were pleased with the performance of the tyre.

Burgess said Davison and Whincup were encouraged by the test, which gave them enough information to make a call on its use for 2021 and beyond.

He said feedback was positive, especially from Whincup who joined the Supercars Commission this year and has been part of the decision making process.

“It was consistent and you could feel the degradation. Then when it did start to go then it was easy to make a mistake, and when you made a mistake it didn’t recover like the current tyre can do.

“Jamie has been across what we’ve been discussing with the commission. It was good for him to understand the process that we’re doing in the background and then drive something that hopefully fits the requirement that we ask of it.

“He was happy that it could hopefully and potentially improve the racing at a couple of tracks. We’ll see how it goes from here.”