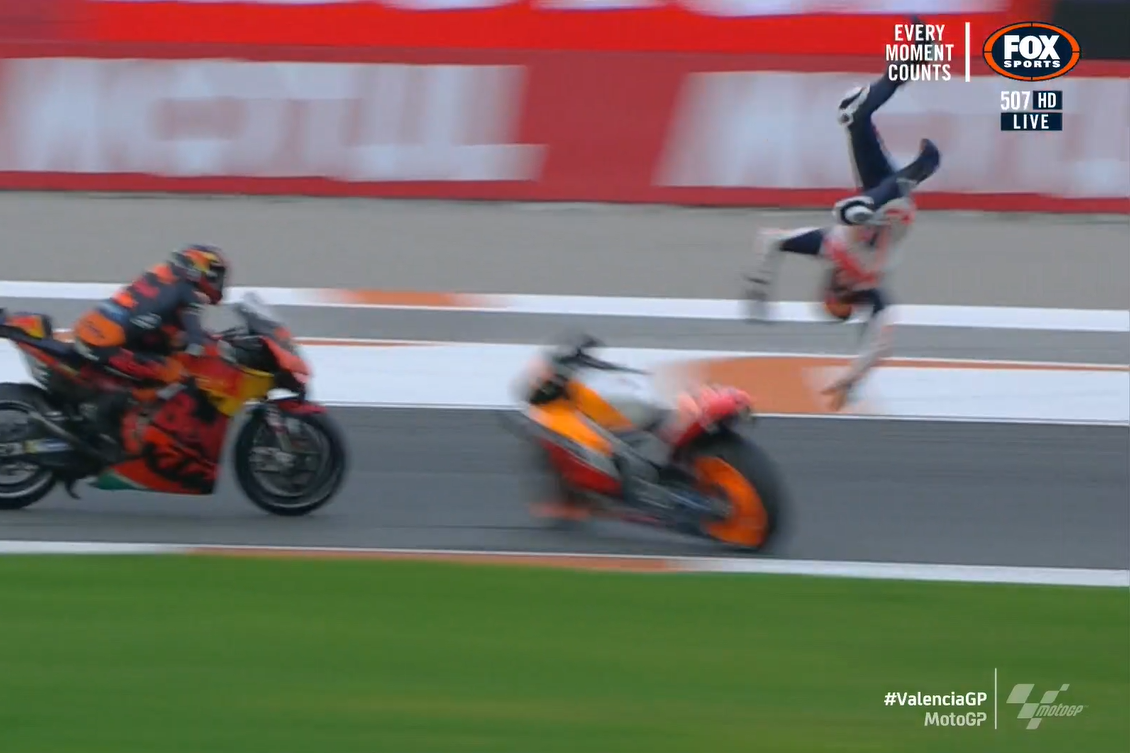 Alex Marquez hit the race track at a force of over 23g when he highsided in qualifying at Valencia, according to data logged from the crash.

Alpinestars’ records show that Marquez was airborne for almost a second (0.9s) after being thrown from his Repsol Honda at Turn 11 in Qualifying 1.

Following the 23.6g impact, which was backside first, the Catalan continued to tumble and slide for another 2.3s before coming to rest.

However, with the airbag in his leathers having deployed just 0.2s after he left his RC213V, Marquez attempted another run on his second bike.

He quickly retreated to the pits and ended up 20th on the grid, before being diagnosed with a bone marrow edema (excess fluid) but cleared of fractures after checks at hospital.

The 24-year-old battled to 16th in the 27-lap race, which he was simply happy to finish given the effects of the crash.

“My left hand was sleeping from Lap 8 or 9, so it was difficult to finish the race,” explained Marquez.

“We didn’t score any points, but I think it was the main thing to get the bike back 100 percent to the box and to get the rhythm again to arrive to Portimao better.”

Practice for the Portuguese Grand Prix, the season finale, kicks off on Friday night (AEDT).