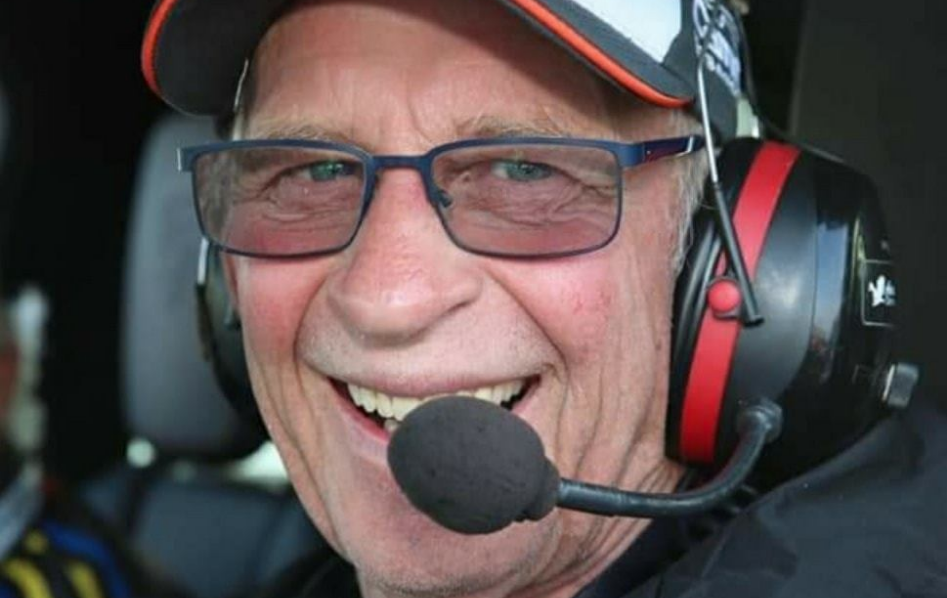 Taylor made a name for himself as the main course car driver at events of all levels of the sport.

A dedicated club member of both Phillip Island Auto Racing Club (PIARC) and the Light Car Club of Victoria, Taylor was awarded with a Motorsport Australia Service Award in 2018.

Taylor, 76, first became involved in motorsport in his early 20s after he attended a race meeting at Phillip Island as a guest.

He signed up as a PIARC member that day and began as a Flag Marshal at the club’s next meeting.

His commitment then extended to Sandown International Raceway and his reputation went from strength to strength.

In the 1970s, Taylor picked up the role as course car driver, a position he would fill at almost every event at Phillip Island and Sandown for the next 30 years.

In 1985, Taylor was then part of the Australian Grand Prix as one of two course marshals and was chosen to be the main course car driver for every AGP until 2019.

Taylor featured in a Speedcafe.com Crimsafe “Talking Tech” video in 2015.

He also acted as an assistant Clerk of Course on many occasions and his knowledge provided the foundation of both the Course Car and incident controller manuals at Phillip Island.

Motorsport Australia CEO Eugene Arocca paid tribute to Taylor and his commitment to the sport.

“We will all miss Skip dearly. His passion, dedication and love for motorsport, the Australian Grand Prix and Motorsport Australia were exemplary,” said Arocca.

“I always enjoyed sharing a course car or a chat with Skip because he represented the very best of what it meant to be a Motorsport Australia official.”

“It’s with great sadness that we convey the news of Ian “Skip” Taylor’s passing last night.

Skip as he was affectionately known around our organization and the sport, was a role model, friend, and confidant. His work in Australian motorsport will be forever remembered as fulfilling and setting the bar high for future leaders.

It’s not often that life brings us someone as special and genuine as Skip, and we feel fortunate to have known and learnt from him.

Our thoughts are with Margaret, James and David as well as the Taylor and van den Dungen families and friends at this time.

Service details will be advised at a later time – PIARC will be honouring “Skip” with his beloved course car at the 2020 Island Magic event.”

Taylor is survived by his wife Margaret, his two sons James and David and two grandchildren, Jenson and Charlotte.

Speedcafe.com extends its condolences to the family, friends and colleagues of Taylor and will make his funeral service details available when they have been finalised.