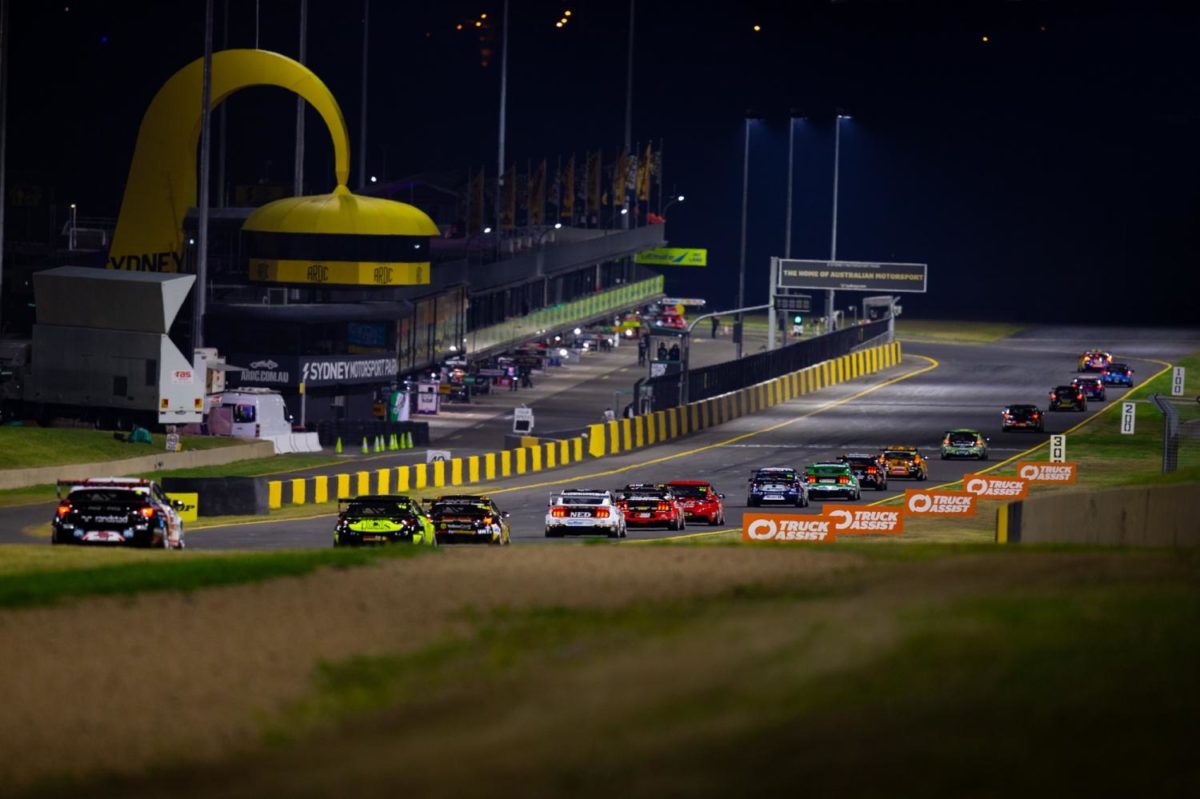 Supercars’ 2021 pre-season test could be held under Sydney Motorsport Park’s new permanent lighting if a plan from circuit management comes to fruition.

The New South Wales capital is set to host the first official running of the new year ahead of the opening race event somewhere in the same state, most likely at Mount Panorama, in February.

SMP hosted the Supercars Championship under a mixture of permanent and temporary lighting when the Truck Assist Sydney SuperNight was held in July 2020, before installation of all 132 light towers was completed.

It was therefore the NSW Motor Race Championship which had the honour of first race meeting to be held with only the permanent LEDs switch on, last weekend.

With that event deemed a success, the next task for the Australian Racing Drivers’ Club, which runs SMP, is to program features such colour and the ability to track cars along Brabham Straight with the lights.

ARDC CEO Glenn Matthews hopes to have that capability, and to use it, when Supercars is back for testing in February.

“I would certainly expect that it’ll all be up and operational and we’ll certainly make a bit of a splash about them for the season-opening event, the test day for Supercars, I would think, in February,” Matthews told Speedcafe.com.

Supercars held its first night race on Australian soil in over 20 years when it visited SMP in 2018 and was, at one stage, set to close out its 2020 campaign with another SuperNight event.

Instead, the Saturday night race of the July event originally set down for Winton was run under lights at ‘Eastern Creek’, the Supercheap Auto Bathurst 1000 was made the season finale, and the December visit to Sydney was lost.

Having missed out on that big finish to 2020, the ARDC does not want to wait much longer to show off its new lights to the Supercars audience.

“I only had preliminary discussions with Sean (Seamer, Supercars CEO) the other day, just saying it’d be a great opportunity given that we’ve got the lights there.

“Because of COVID and the calendar changing so much, originally we were supposed to have a round late in the year and, of course, that didn’t occur, understandably.

“I don’t really want to wait until later next year to have the official launch, so I think that the test day in February would be a really good time to do that.

“We’ve only just briefly chatted about it, only a couple of days ago, and we’re all just kind of getting our calendars in order at the moment, so pretty early days.”

The Bend hosted this year’s pre-season test, two days out from the start of the Superloop Adelaide 500 just over an hour’s drive to the northwest.

In addition to Sydney, night racing was also set to take place with the Pirtek Perth SuperNight at Wanneroo and the Vodafone Gold Coast 600 before those events were cut due to the effects of the pandemic.

But for the possibility of similar unforeseen circumstances next year, a Sydney SuperNight is guaranteed under a new contract between Supercars and the NSW Government.

The 2021 Supercars Championship calendar is set to be unveiled later this month.