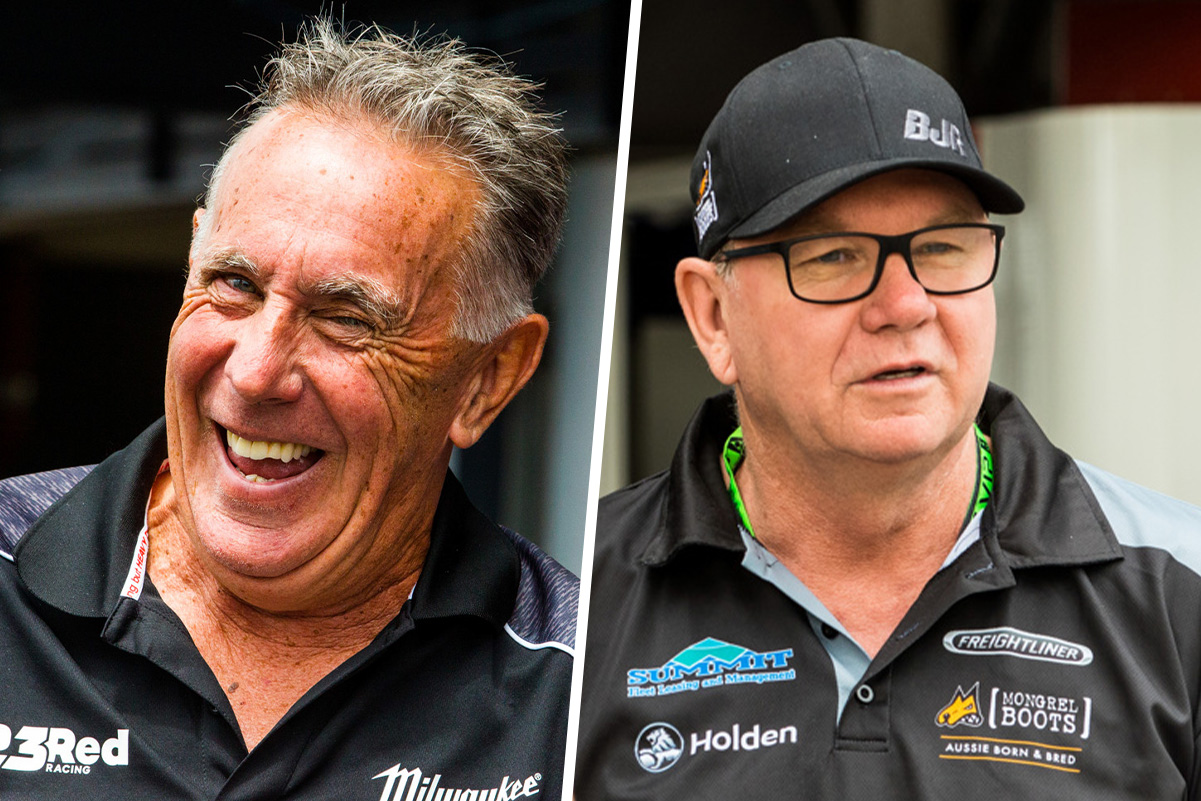 Former Supercars team owner Phil Munday has confirmed he has sold his Racing Entitlements Contract to Brad Jones and leased his Mustang pair to Tim Blanchard.

It has been widely speculated Jones had acquired the contract in the wake of Tim Blanchard parting company with the Albury-based team to set up his own operation.

Speaking on the Parked Up podcast, Munday revealed the sale of his Racing Entitlements Contract.

The confirmation comes almost exactly six months after it was announced 23Red Racing would cease operating.

Reflecting on the demise of the team, the panel beater said the COVID-19 pandemic came at the worst possible time.

“I still miss motorsport, obviously it’s been a big part of my life setting out with a three-year goal to build a team and try at the end of three years to make it cost-neutral,” said Munday.

“I didn’t expect in my third year that we’d be smashed by a coronavirus that would take out my sponsor.

“If I had had a longer plan for Supercars, more than the three years that I set, I think I could have survived through it.

“Being a three-year plan for me and with that happening and the changes that brought into our life, it just wasn’t feasible to continue with it.

“Losing Milwaukee as my major sponsor and some of the other sponsors all wanted to defer their payments and see what happened for the rest of the season.

“Pretty tough for all the teams I guess. It was a big decision to make. I guess looking back on it, it is what it is. We’ve changed, moved on a bit, and sold my licence to Brad Jones Racing.”

It is expected the Racing Entitlements Contract acquisition will allow Brad Jones Racing to remain as a four-car team moving into the 2021 season.

Brad Jones Racing has thus far confirmed both Nick Percat and Todd Hazelwood among its roster for the 2021 season.

Munday all but confirmed Blanchard will operate his one-car team out of the CoolDrive Auto Parts base in Melbourne.

Tim Slade is believed to be in the frame to drive for the team and is Blanchard’s preference for 2021.

Munday, who has had a long association with touring car racing in Australia, said he has been working with the Blanchard family to set up its team.

“I don’t think you could ever rule (it) out,” Munday said of a return to Supercars.

“One thing in life I’ve learned to never say never. I guess in that, for me, in that situation, I’ll just see what happens in the next couple of years, or next 12 or 18 months.

“I haven’t really given it a great deal of thought,” he said when asked what capacity a return might look like.

“I have given a fair bit of support to the Blanchard family in their endeavours this coming season to start their own team and run it out of Box Hill in Melbourne here.

“I do have a bit of involvement there to get their team up and running and they’re doing a great job at the moment.

“They’ve actually got both of my Supercars down there, which I’ve leased to them.

“Who knows? As I say, never say never. I do have a lot of other interests outside of what I was doing in motorsport. So they take up a lot of time as well.

“I think that motorsport, as a one-person team, is very difficult where you’ve got all the responsibility of everything to do. Who knows what will happen in the future? Watch that space.”