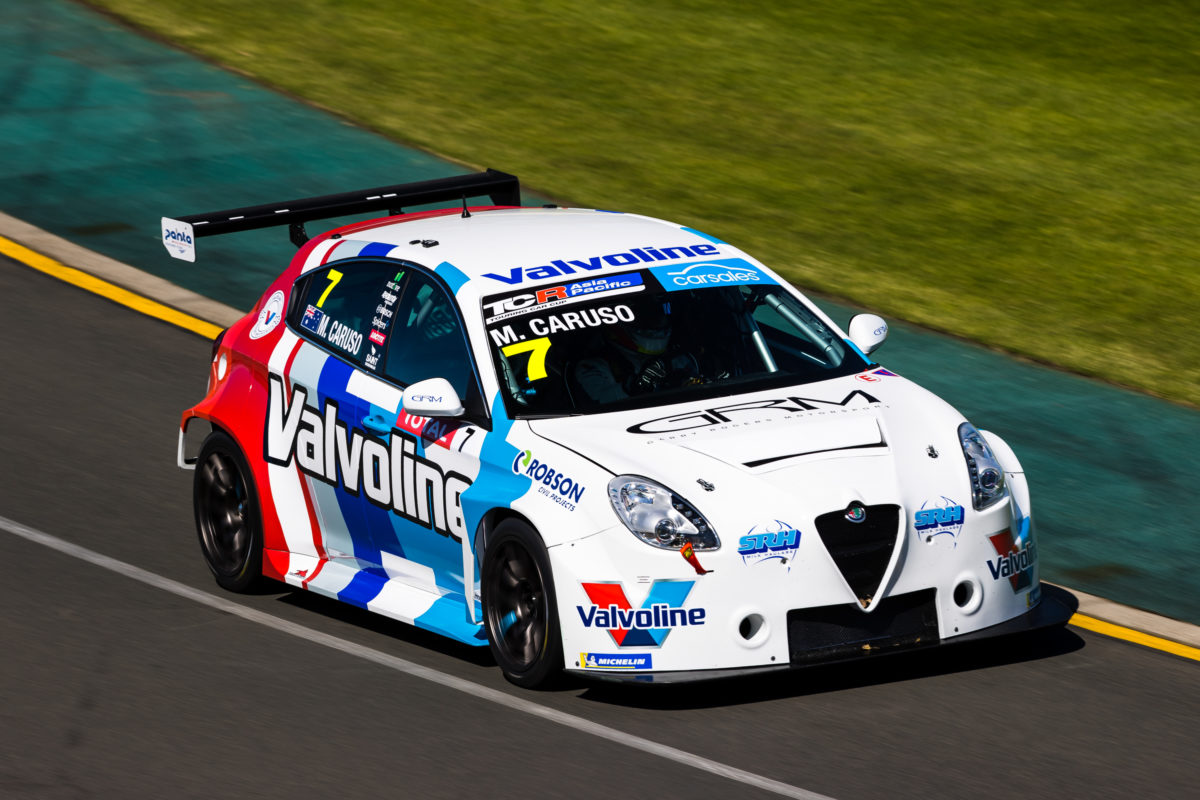 Michael Caruso is now set to race in TCR Australia in 2022 after his coronavirus-interrupted two-year deal with Garry Rogers Motorsport was rolled over.

Caruso reunited with GRM at the start of 2020 under an agreement initially set to cover this year and the next in the hot hatch category.

The partnership got off to a promising beginning, the Sydney native qualifying his Valvoline-backed Alfa Romeo Giulietta Veloce on the front row in the Asia Pacific Cup round at Albert Park.

While season went no further than that qualifying session due to the COVID-19 pandemic, Caruso will still get at least two years in the seat.

“Having not done any racing this year, it’s great that both Valvoline and GRM are keen to roll the partnership on for the intended two years, so we are all pretty excited to get it going,” he said.

“We feel that it is going to be a successful partnership. The TCR Series is a fantastic, global product, and despite the fact that we’ve been a full year out of the seat, there is some really strong interest out there to see the cars go back around.

“This type of racing really excites Valvoline. They love all motorsport, but the closeness of the TCR racing and the variety of brands in the field is something that has them keen for more.

“When I got to Albert Park, it was only my second time in the car. I was so looking forward to getting into that race, starting alongside Garth Tander. To not even get onto the track that day was a real let down.

“That’s all behind us now, so we have full focus on 2021. There’s no doubt that the ingredients are there to get some strong results in the Alfa Romeo.”

Caruso did enjoy some racing this year, claiming seventh in the Supercheap Auto Bathurst 1000 as co-driver to Lee Holdsworth in a Tickford Racing Ford Mustang.

The 2021 TCR Australia season opens at Symmons Plains on January 24-26.