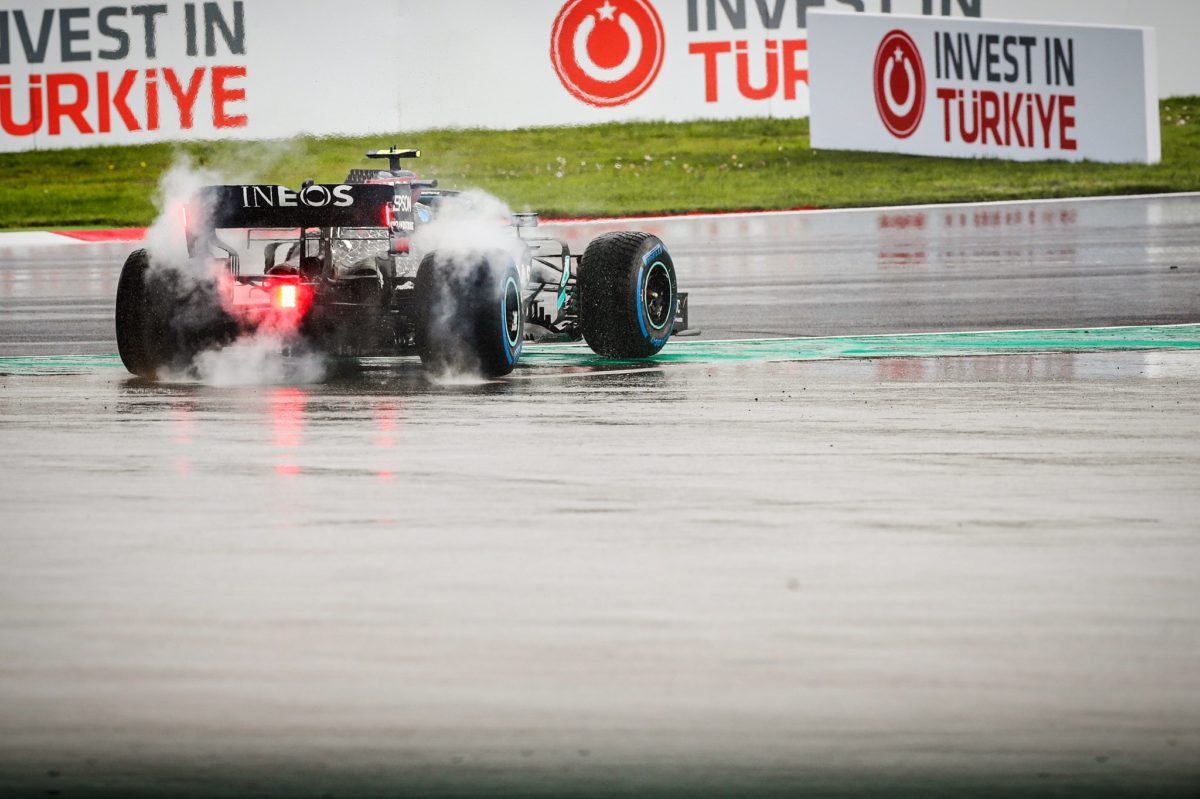 Valtteri Bottas lamented his “disastrous” run to 14th in the Turkish Grand Prix, which featured six spins and a collision, as he conceded the 2020 Formula 1 title to Mercedes team-mate Lewis Hamilton.

Bottas was never in the hunt at Istanbul Park, lapping 0.7s down on Hamilton in slippery qualifying conditions on Saturday.

The Finn had a promising start to the race and rose to sixth on the run to Turn 1, but spun avoiding the rotating Renault of Esteban Ocon, who had been turned around by Daniel Ricciardo.

Bottas suffered front-wing and steering damage in the incident and dropped to 19th, while Ocon copped a puncture.

While Ocon just missed out on points in 11th by race’s end, Bottas’ day continued to go from bad to worse as he battled to control the rear end of his damaged W11.

Every spin cost Bottas tyre temperature, and he was lapped by Hamilton before the end of the race as the Briton went on to claim his 10th win of the season.

Bottas, who made his Formula 1 debut in 2013, suggested Sunday’s race was the “most difficult” he had had in his 154-Grand Prix career.

“It was a messy race, a disastrous race and obviously I was trying to push as hard as I could because there was nothing to lose for me today,” the 31-year-old said.

“When I dropped back, I was pushing as hard as I could and made mistakes and with the damage as well, it made it quite tricky. It could be the most difficult race I have had in Formula 1 so far.

“I had a spin in Turn 1… I was last, but actually I was catching up on the train pretty quickly, so at Turn 8 I was behind many other cars and I saw that I could make a move into Turn 9.

“But then I locked up. There was more water (than I expected) on the inside of Turn 9. Obviously, the visibility is pretty poor, I was pretty eager – maybe a bit too much. I locked up and hit one of the Renaults.”

Bottas went into the race as the only driver who could prevent Hamilton from winning a record-equalling seventh drivers’ title, but the chasm in performance between the two on the weekend was confirmed when Hamilton put a lap on his stablemate with 13 laps remaining.

However, Bottas had no regrets about his attacking style in the race, yet admitted it was perhaps too much for his damaged car.

“Not surprised (by the margin to Hamilton) because I made so many mistakes, I wasted I don’t know how many minutes with my spins,” Bottas said.

“It seemed that once the track was getting drier our car was starting to work and I could feel that as well myself.

“(Hamilton) had a good race, he had a really solid race without mistakes so for him it was a good race to win the title.

“I was on the back foot and knew that unless I really made progress quickly and would be able to win the race there was no chance (to stay in title contention), so I would rather go for it.

“But obviously was a bit too much attack with the damaged car I had. For future races, there’s no pressure. I look forward to those races, trying to get good results and learn more.”