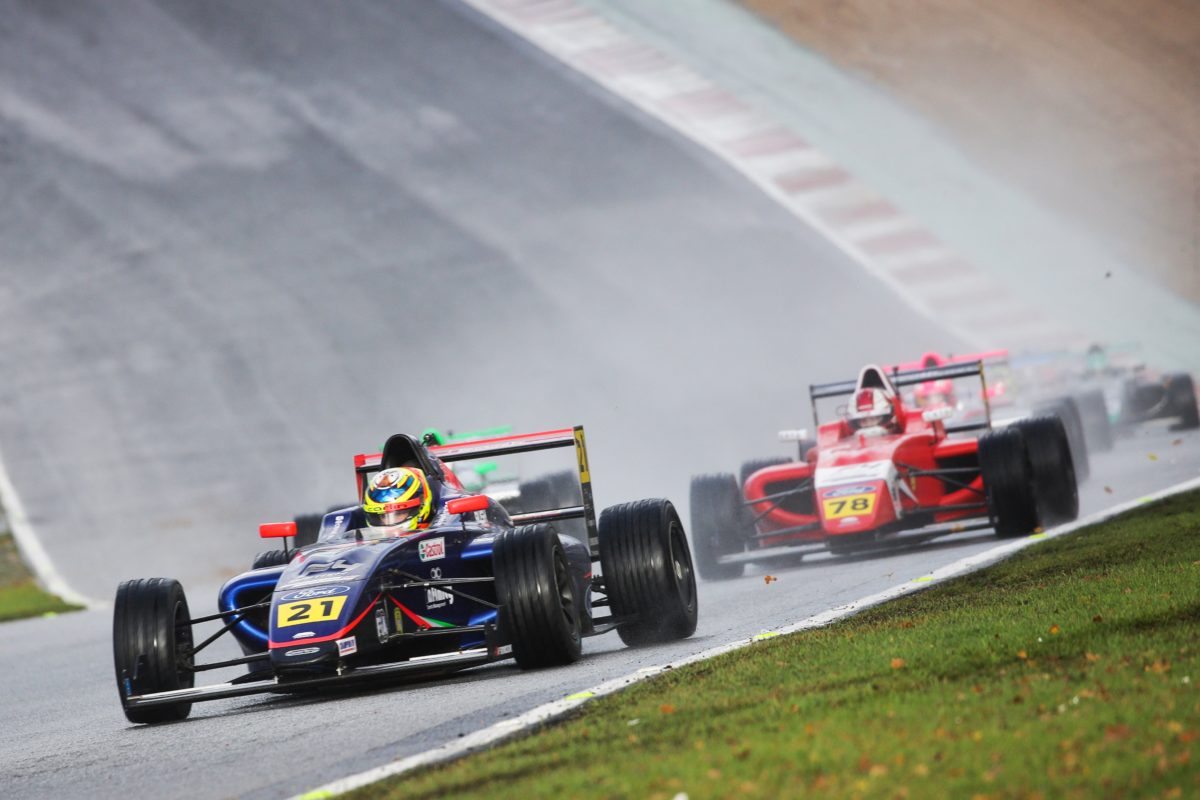 Mansell, who scored a maiden victory at Brands Hatch in August, recorded two thirds and a second across the weekend to complete the season in seventh.

Browning finished 10th in the 26th and final race of the season to seal the title over Zak O’Sullivan, who defeated Mansell by just 0.8s in a thrilling shortened final race.

Mansell led Carlin team-mate O’Sullivan after the latter encountered an off in the slippery conditions, with the lead changing on Lap 8 on the main straight.

Heavy rain hit the circuit, and with the entire field on slick tyres, the race was red-flagged. Fading light saw the race then declared with half-points awarded, with Browning clinging onto the title despite O’Sullivan claiming his ninth win of the season. 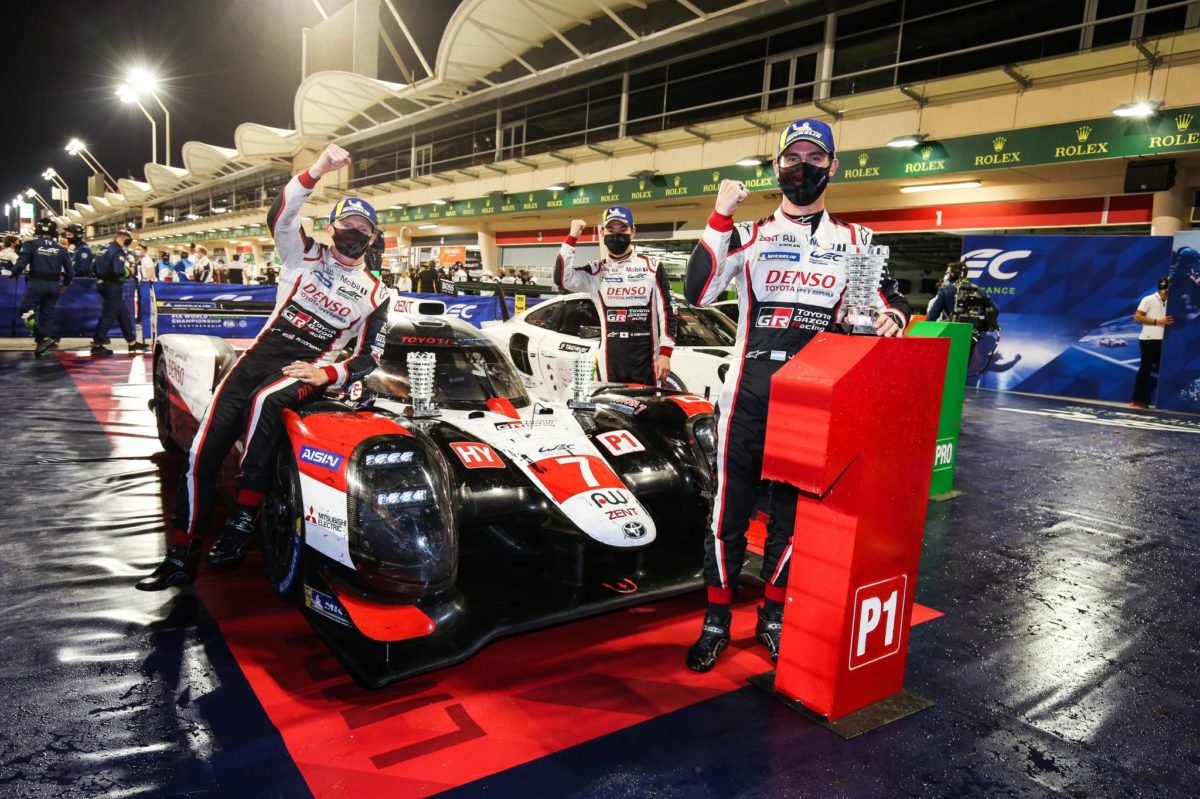 The #7 beat the sister #8 car by over a minute in the winner-takes-all race, with a Safety Car midway through the race sparing the latter entry from losing a lap.

The #8 was never in serious contention due to the 0.54s performance penalty it was carrying under the LMP1 system of success handicaps, although Sebastien Buemi loomed to challenge in the fifth hour before Conway pulled away. The end margin between Kobayashi and Kazuki Nakajima was 64 seconds at the chequered flag. 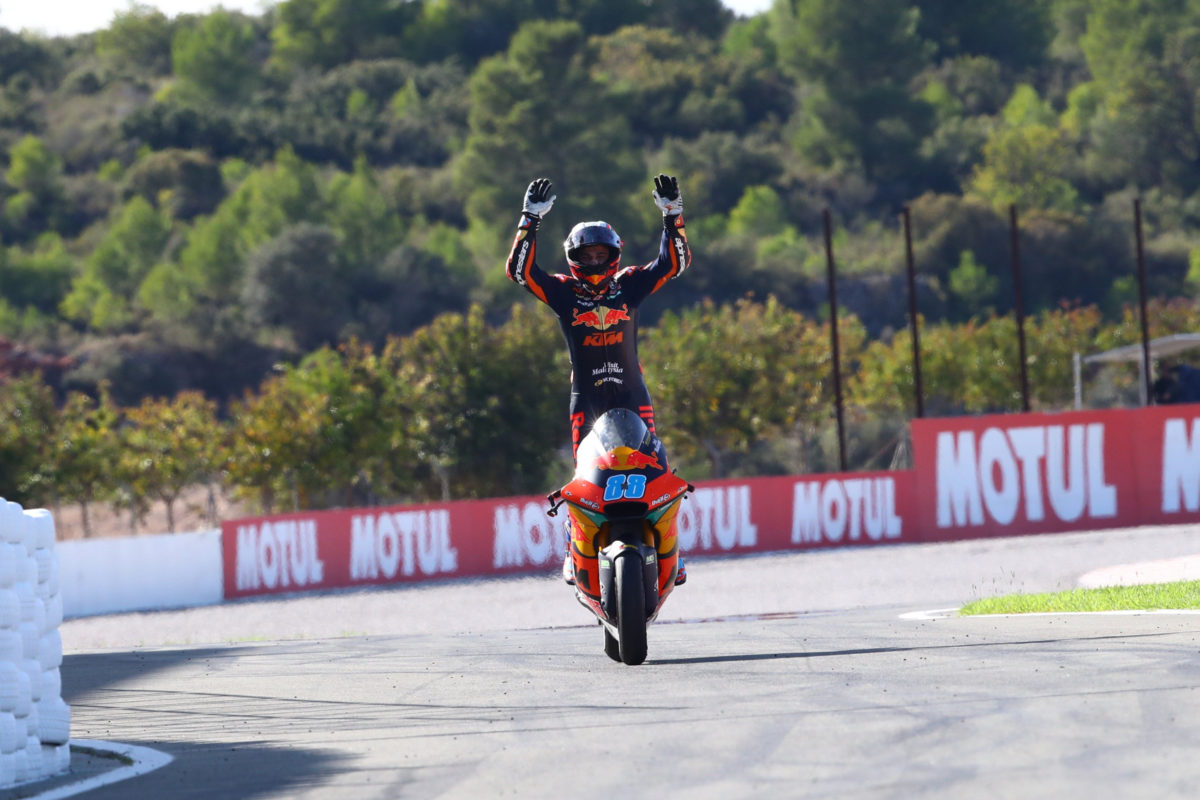 Australian rider Remy Gardner rose from 19th on the grid to finish seventh in a thrilling Valencia Grand Prix won by Ajo rider Jorge Martin, with the race setting up a four-rider Moto2 title battle for this weekend’s Portugal finale (November 20-22).

Enea Bastianini will carry a 14-point championship lead over Sam Lowes to Portimao, with VR46 duo Luca Marini and Marco Bezzecchi 18 and 23 behind respectively.

Fabio Di Giannantonio looked to have taken the lead from Bezzecchi for good when he went by at Turn 11 on the penultimate lap.

However, he crashed at Turn 6 next time around, handing the spot back to Bezzecchi before a bold overtake by Martin helped the Spaniard snatch victory.

Hector Garzo got home in second, the margin just 0.07s on the line, with Bezzecchi 0.2s down in third.

The Moto3 title battle will also go down to the wire in Portugal after Tony Arbolino took his first win of the season. 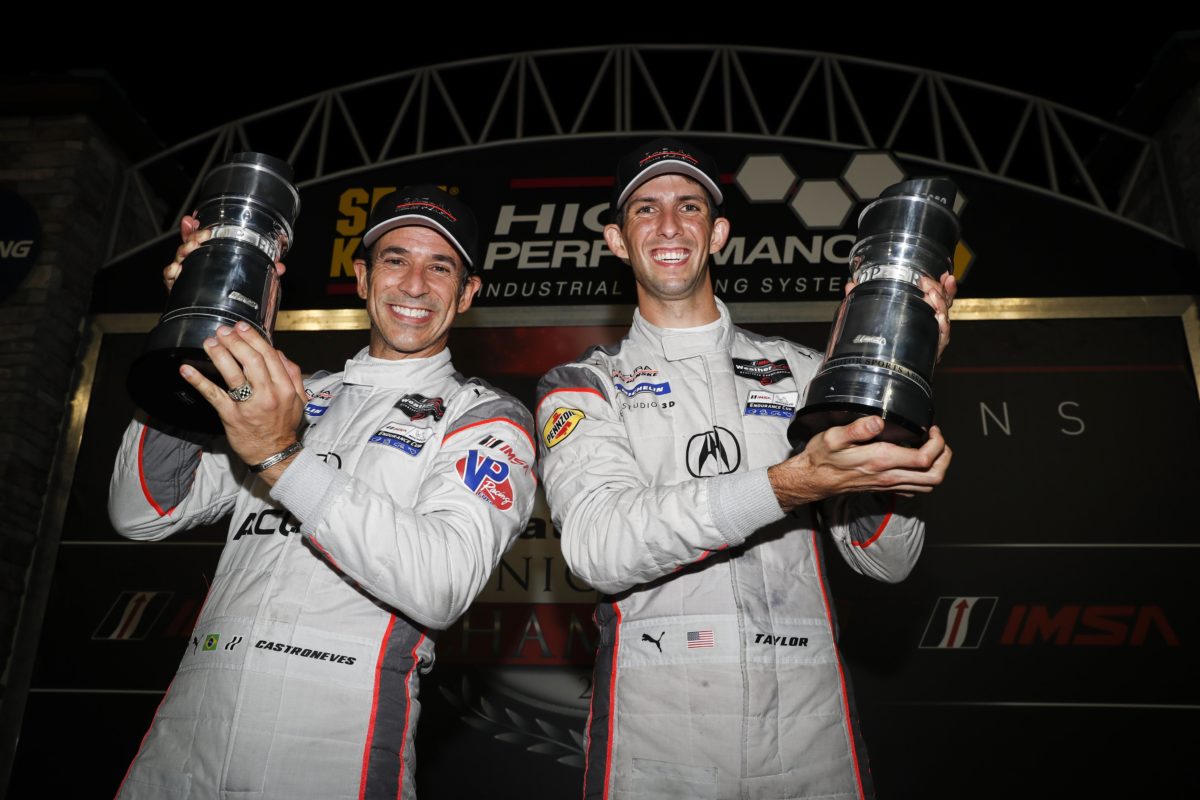 Helio Castroneves and Ricky Taylor helped Acura Team Penske to a second consecutive IMSA Prototype title despite only finishing eighth in the Twelve Hours of Sebring.

Ryan Briscoe and IndyCar champion Scott Dixon combined with Renger van der Zande to finish seventh for Wayne Taylor Racing, ahead of the championship-winning duo of Castroneves and Taylor, who were joined by Alexander Rossi for the event.