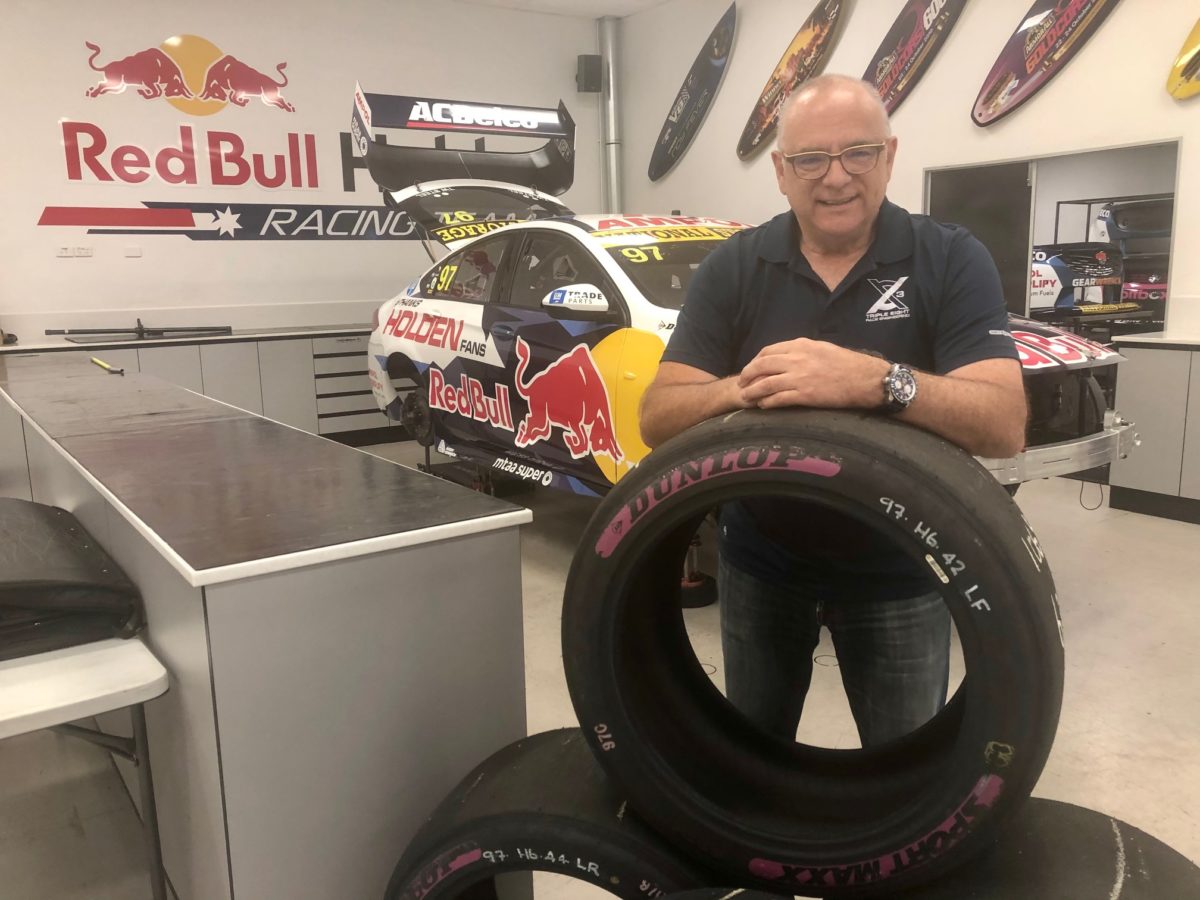 The Red Bull Holden Racing Team has put up four of the coolest items for Speedcafe.com’s monthly auction with Lloyds – just in time for Christmas!

Team boss Roland Dane has generously put up the four tyres used in the Top 10 Shootout from his race-winning Holden Commodore at this year’s Supercheap Auto Bathurst 1000.

This means that these tyres, which will be auctioned individually, will be the last ever qualifiers from a Bathurst-winning factory-backed Holden.

All the proceeds from this auction will go to Speedcafe.com’s charity, Motor Racing Ministries, and fans have the opportunity to bid on the item until 19:00 AEST on Tuesday, December 8.

Shane van Gisbergen sat second after official qualifying and then slotted into fourth spot on the starting grid after a Top 10 Shootout time of 2:04.4511s using these tyres.

Van Gisbergen then drove one of the races of his life and combined with Garth Tander to give Triple Eight Race Engineering its eighth Bathurst title and Holden a fairy tale farewell to Mount Panorama.

This donation comes on the back of a helmet signed by all the winners during Supercheap Auto’s sponsorship of the Bathurst 1000 from 2005 to 2020 being sold for an incredible $10,023 last week. 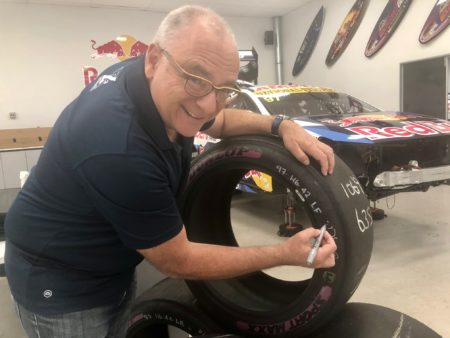 The tyres will be delivered to the winning bidders in the new year after Dane, van Gisbergen and Tander have all had the chance to sign them.

The letters of authenticity and an image of Dane with each of the tyres will be sent to the winning bidders so they can be used as a Christmas gift if required.

The #97 Bathurst-winning car has already been sold to a mystery buyer and will be delivered at the end of the 2021 season – complete with all the panels, wheels and tyres as when the car crossed the line.

“Speedcafe.com and Lloyds Auctions have done a fantastic job raising money for Motor Racing Ministries this year and we are more than happy to contribute again to the cause,” said Dane.

“To win the final ever race at Bathurst in a factory Holden is something that we will cherish as one of the real highlights in the history of this organisation.

“It’s great four fans will have the chance to own a piece of history with these tyres.”

Tyres of significance have been very popular items in the monthly auctions which have raised approximately $A40,000 for Motor Racing Ministries in the last 12 months.

The two rear tyres from Jamie Whincup’s 2009 championship car raised $A4700 in the first ever Speedcafe.com charity auction while the rears from Craig Lowndes’ last full-time championship race at Newcastle in 2018 notched $4220.

“We could not be happier with the traction we have gained with the auction items this year and this very generous donation from Roland and the Red Bull Holden team will allow us to end the year with a serious result,” said Speedcafe.com owner, Brett ‘Crusher’ Murray.

“To have a qualifying tyre from the last ever Bathurst-winning factory Holden is incredible.

“These tyres will be an amazing conversation piece and surely will only increase in value as the years go by.”

One hundred percent of proceeds from these limited pieces of Australian motorsport memorabilia will be going to Motor Racing Ministries because of a generous zero percent buyer’s premium from Lloyds Auctions, which is a valued Platinum Partner of Speedcafe.com.

This is the 12th monthly charity auction held in conjunction with Speedcafe.com to raise money for Motor Racing Ministries and is an extension of Lloyds Auctions’ community commitment during the COVID-19 crisis. 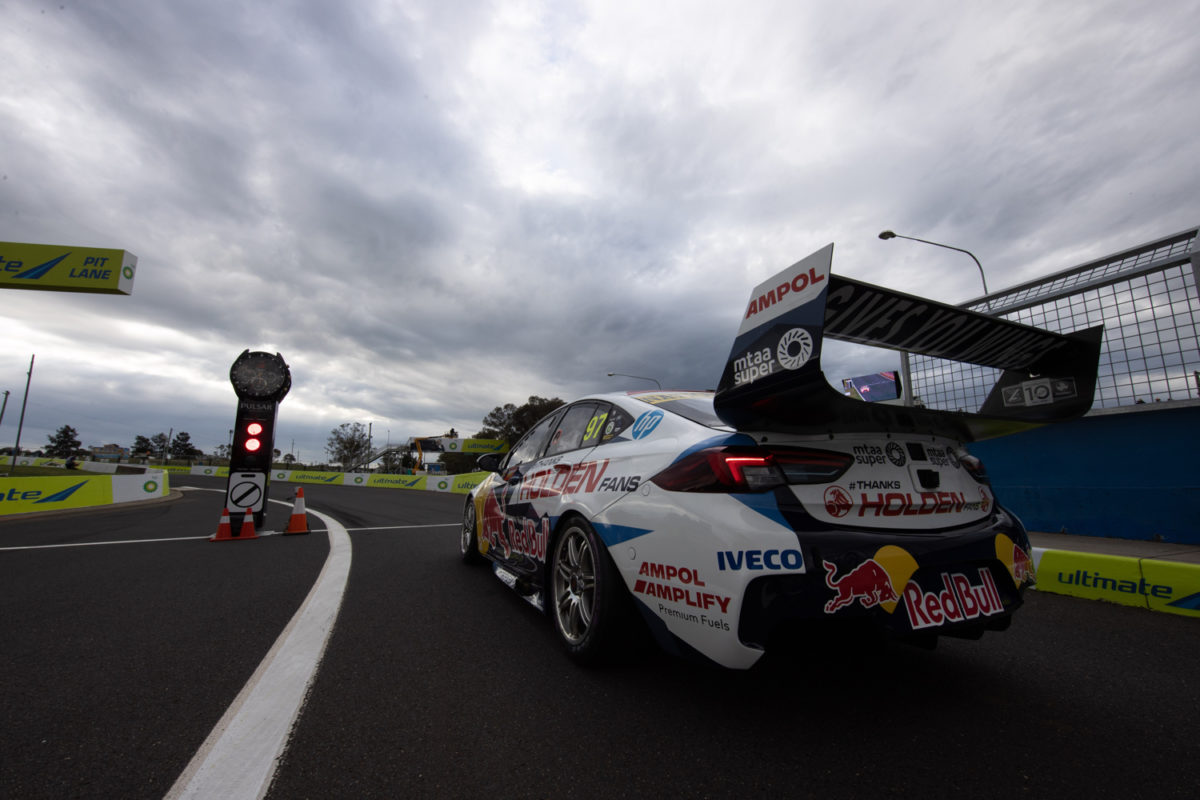