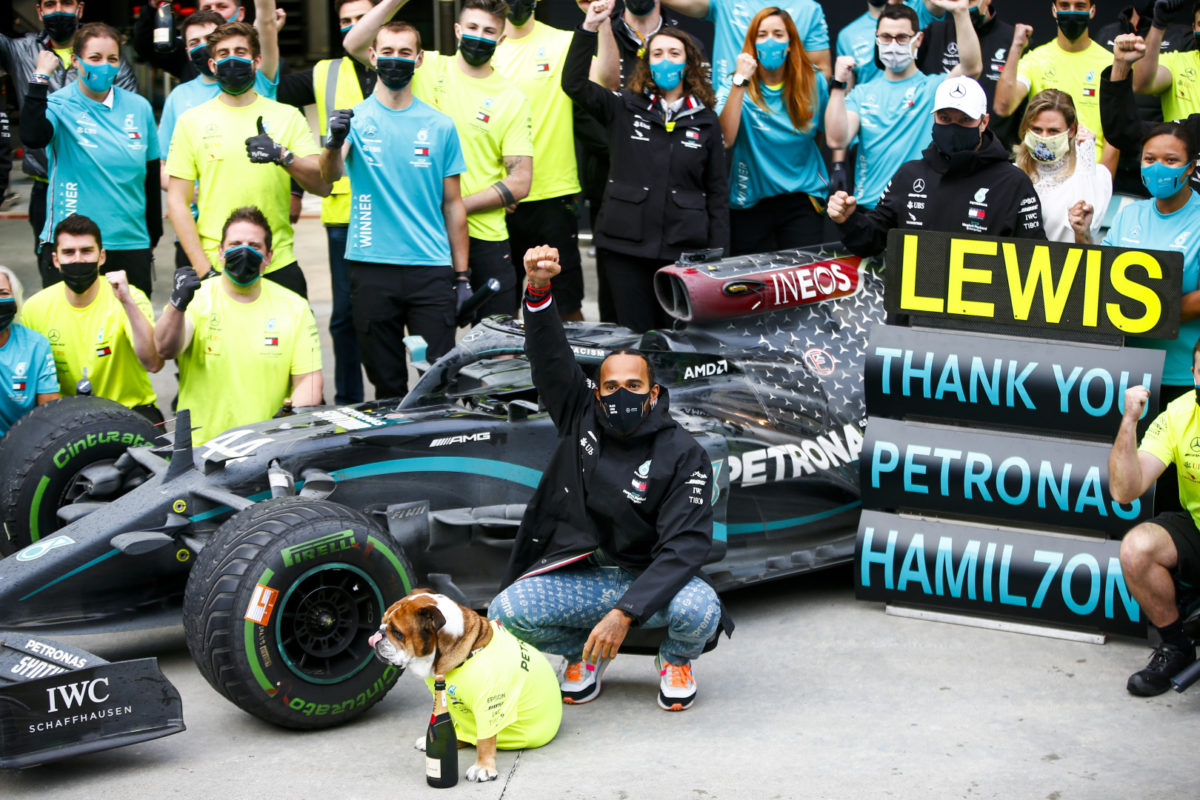 It moves the Englishman level with Michael Schumacher in terms of titles, but he stands alone when it comes to race wins and pole positions.

Hamilton has enjoyed an extraordinary run of success with Mercedes under the current turbo-hybrid formula, leading the most dominant team the sport has witnessed in its 70 year history.

While on paper he is now the most successful driver we’ve ever seen, is he the greatest? That’s what we ask in this week’s Pirtek Poll.

Of course, the notion of greatness is subjective. How does one compare drivers at different stages of their careers, or that perhaps never shared a race track, or competed in wildly different eras?

The simple fact is, we can’t, and it comes down to ones own opinion, recollection of events, and knowledge of the facts.

Hamilton has won more world championship grands prix than any other driver in its history.

He has also driven for the most dominant team the sport has ever seen, creating something of a self-fulfilling prophecy.

That is one of the biggest criticisms and arguments against Hamilton’s claim to being the greatest of all time; he has benefited from having the best car on the grid.

Only so too did all the greats, as the best in the sport typically find their way into the best teams.

Juan Manuel Fangio drove for Ferrari (and Lancia), Maserati, Mercedes, jumping from one team to another to maximise his chances of success.

His titles came before the computer age, when an engine built fresh on a Monday morning was likely rather different to that on a Friday afternoon.

Jim Clark enjoyed the benefit of Lotus’ ingenuity, if not its reliability, to win his two world championships.

Jackie Stewart and team boss Ken Tyrrell turned their back on Matra after 1969 in order to keep the Cosworth DFV and remain competitive (having missed an opportunity to potentially take over Brabham).

McLaren was the dominant force in F1 in the 1980s and early 1990s, the time when Ayrton Senna was at his peak.

Michael Schumacher toiled from 1996 to 2000 to build Ferrari into the championship winning force it became.

The simple fact is, to dismiss Hamilton’s accomplishments as the result of enjoying the best equipment on the grid, you must do the same for every other driver who has enjoyed that same benefit through history.

And we can similarly dismiss the notion that there is a lack of depth versus previous years, as Hamilton has seen off challenges from within his own team and from the likes of Ferrari.

He has raced against world champions, and talented youngsters, and put in a strong account for himself.

The same is true of every other great; Prost battled Niki Lauda at McLaren and emerged victorious in 1985 (having lost the title by half a point in 1984).

These arguments, laid at the feet of Hamilton’s accomplishments in an effort to devalue them somehow, are the same as can be laid before every other driver that we could consider a great.

And therefore we have to look at their record and reputation.

The sport has changed. Automation has helped improve reliability and an F1 season encompasses far more races today than it ever did.

That also allowed Hamilton the opportunity to rack up large numbers more readily, but even allowing for that, the rate at which he has done so is impressive.

Fangio won almost half the races he entered (46 percent), with Ascari second on that list with a hit rate of 39 percent.

Hamilton, with 264 races to his name, more than three times the total started by Fangio and Ascari combined, is third on the list with a win rate of 35 percent.

That’s just higher than Clark, and well ahead of Schumacher, Stewart, Senna, and Alain Prost – all of whom boast impressive records and offer compelling arguments for being named the greatest F1 driver of all time.

Even over a single lap Hamilton’s record is sublime.

The Englishman is the fifth most proficient when it comes to going fastest on a Saturday afternoon.

Fangio tops that list, taking 29 poles in 52 appearances for a staggering return of nearly 56 percent.

It’s then Clark, Ascari, and Senna, all with a pole position ratio of above 40 percent. Hamilton’s is nearly 37 percent.

His conversion rate is also impressive; Hamilton has 97 pole positions in 264 starts, and 94 race wins.

On those numbers (and of course there are instances when he’s won from a position other than pole), his win-to-pole ratio is 0.97.

Schumacher, Stewart, and Prost all won more times than they started from pole (giving them a ratio above 1), while Senna’s ratio was just 0.63.

That balance identifies Hamilton as a driver both rapid and reliable; likely to qualify well and race strongly.

Of course the data can only tell us so much, and therefore we ask; knowing where Hamilton stacks up against the other titans of the sport, is he the greatest driver Formula 1 has ever seen?