Mir: Title doesn’t have less merit due to Marquez absence

Mir: Title doesn’t have less merit due to Marquez absence 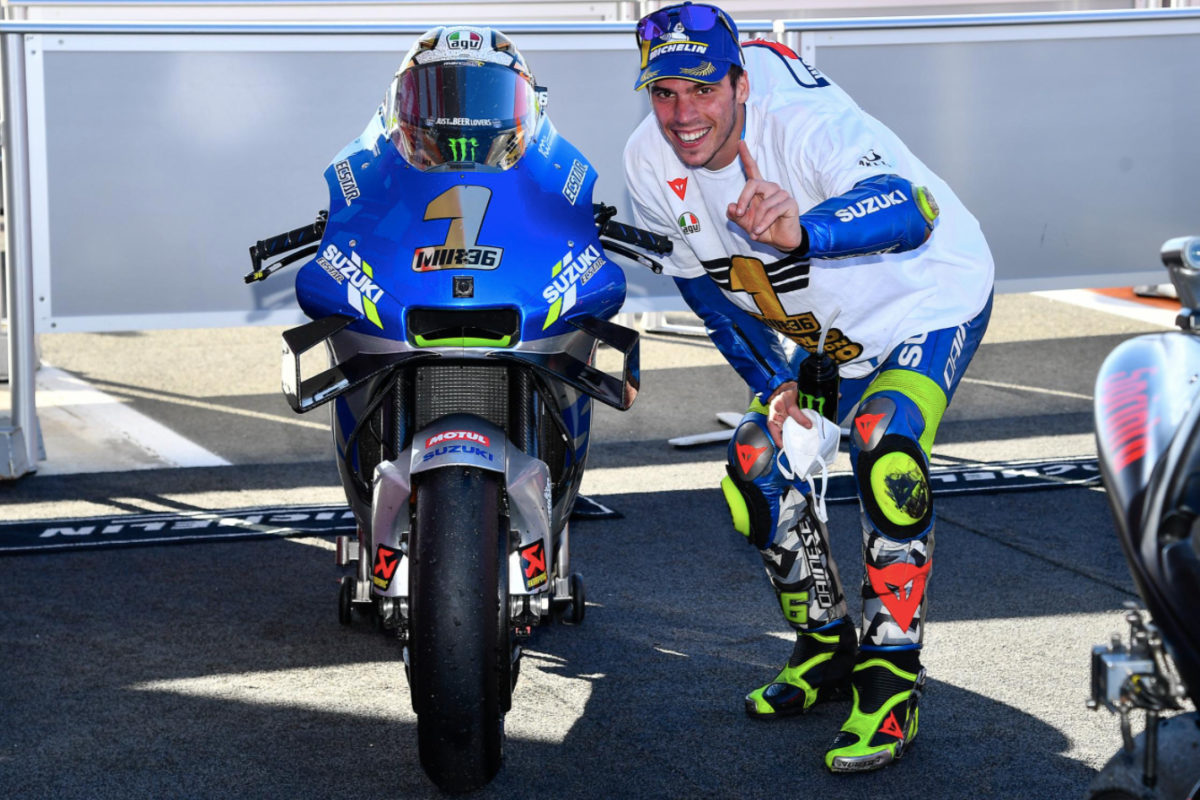 Joan Mir has refuted claims that his maiden MotoGP title has less merit due to the injury-enforced absence of Marc Marquez.

Suzuki rider Mir worked his way up from 14th and crossed the line in seventh to clinch the championship in a Valencia Grand Prix won by Petronas Yamaha SRT’s Franco Morbidelli.

Mir’s title success has come in one of MotoGPs most unpredictable seasons, which began with consecutive wins for Petronas Yamaha SRT’s Fabio Quartararo at Jerez in July.

Marquez was heavy favourite to claim a seventh MotoGP crown and fifth in a row coming into 2020, but an arm fracture suffered at Jerez has kept the Honda rider on the sidelines.

Mir has been the most consistent rider in 2020, claiming seven podiums in 13 races including a maiden victory at last weekend’s European Grand Prix.

After being asked about the legitimacy of a Marquez-less season, Mir applied the same logic to previous title campaigns in history.

“People who say this, it’s because they do not know much about motorcycles. Marc is not here because they have kidnapped him, they have not gone to his house to kidnap him and he has disappeared,” Mir said after Sunday’s race.

“Marc was in the first race, risking to win and trying to win the championship, and he made a mistake that cost him the season. That’s it.

“That (Marquez’s absence) detracts from the title? Well, it would be necessary to detract from many titles of other riders during history that they won when, in theory, the favourites fell and were not champions.

“This is part of the game, of the sport and of MotoGP. I do not consider this title has less merit to have achieved it because Marquez is not there when he has been injured.”

Mir made his grand prix debut in 2016 in Moto3, and won the title in 2017 with Leopard Honda. A sole Moto2 campaign with Marc VDS followed, before he made the leap to MotoGP in 2019 with Suzuki.

He is the first MotoGP world champion to have also won the Moto3 crown.

The 23-year-old is the fourth Spanish rider to win the championship, joining Marquez, Jorge Lorenzo and Alex Criville.

Mir was congratulated by his rivals immediately after crossing the line, before he stopped to receive a golden helmet and champion’s shirt, with his bike’s #36 sticker replaced with a #1.

He then took to the podium on his own and celebrated his championship with his team and family.

“Unbelievable. I don’t have words to describe this emotion because it’s something that I’ve been fighting for all my life,” he told the television world feed after the race.

“And to finally get this result at the moment I don’t laugh, I cannot cry. It’s a mix of emotions.

“I’m really, really happy. You can’t believe, because when you follow one dream all your life and finally you achieve it, at the moment I don’t believe what is happening.

“I need some time now to relax to understand what happened because I don’t have words.”

Mir holds an unassailable 29-point lead over Morbidelli ahead of this weekend’s finale in Portugal. 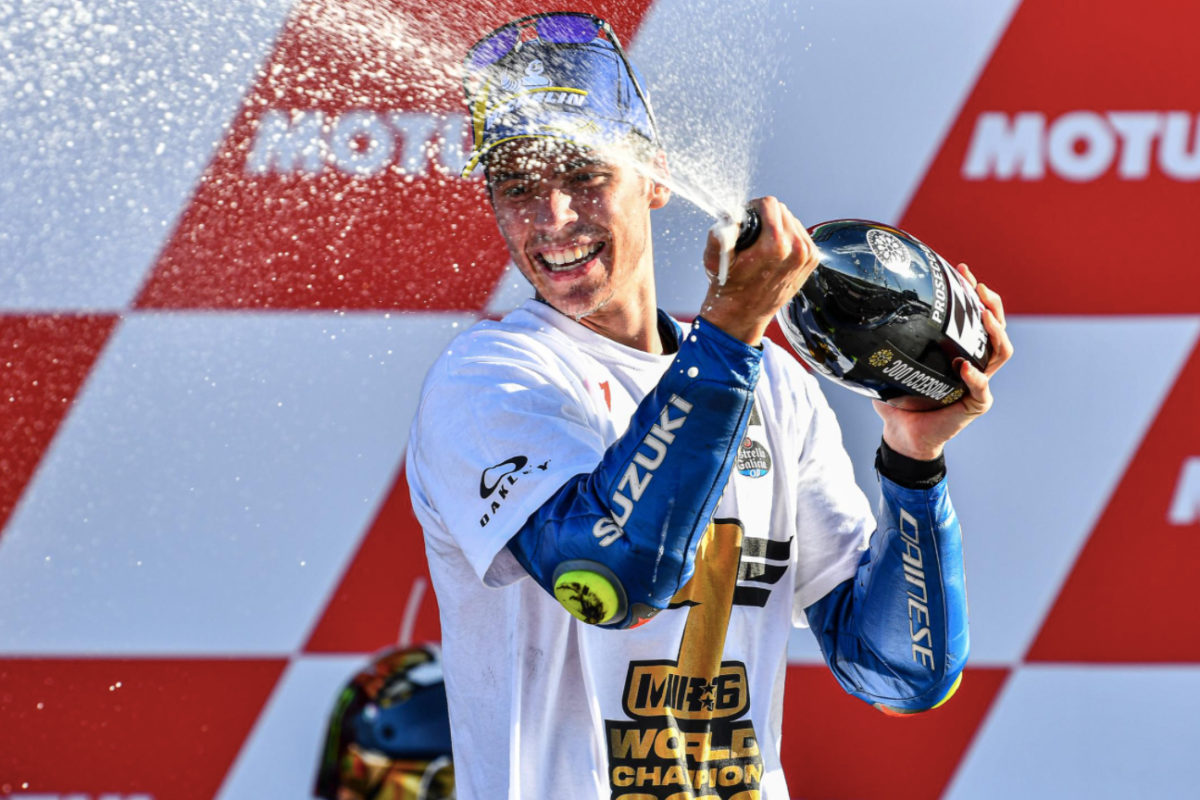