Leclerc ‘did a shit job’ in losing Turkish GP podium

Leclerc ‘did a shit job’ in losing Turkish GP podium 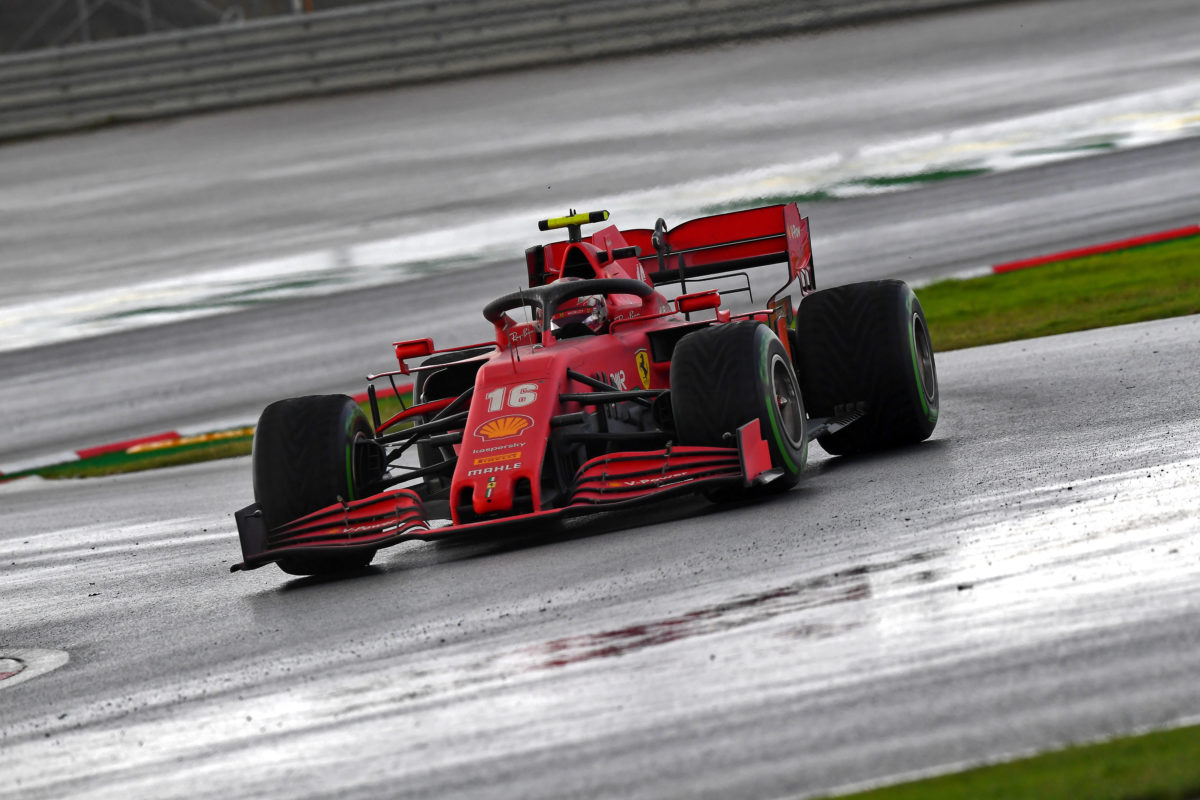 Charles Leclerc was left seething with himself after the Ferrari driver threw away a podium in the dying stages of the Formula 1 Turkish Grand Prix.

After starting 12th, Leclerc dropped to as low as 19th after a tricky opening stint, before racing back into contention following some creative strategy calls from the Ferrari pit wall.

Leclerc rose to third after he took on a second set of intermediates on Lap 30 and passed team-mate Sebastian Vettel, before closing the gap to Racing Point’s Sergio Perez.

On the final lap, Perez made an error at Turn 9 and Leclerc emerged in second on the run to Turn 12, but the Monegasque driver locked a wheel at the end of the straight and allowed Perez and Vettel to skip away.

An incensed Leclerc berated himself over team radio after taking the chequered flag: “I did a shit job. I am so sorry to the whole team, I am f***ing stupid.”

Speaking to reporters after the race, a frustrated Leclerc expanded on his error, in which he

“Unfortunately in the last corner, nothing to say, in the last three corners,” Leclerc said.

“In the end, the end result counts. I was good for one part of the race but shit when it matters and that’s it. Fourth. I’m so disappointed.”

The result allowed Perez to leapfrog Leclerc into fourth in the drivers’ championship standings, with Renault’s Daniel Ricciardo dropping to sixth.

The three-four result also saw Ferrari pick up the most points on the day with 27, with the Scuderia 24 points behind third-placed Racing Point in the constructors’ championship.

However, that was little consolation for Leclerc, who missed out on a third podium of 2020, and handed Vettel his first.

“Now that I’ve calmed down, congratulations to Seb – he deserves it,” he said.

“It’s not been a good year for him. Even if I’m so pissed off with myself, he’s done a great job and I hope he will enjoy it.”