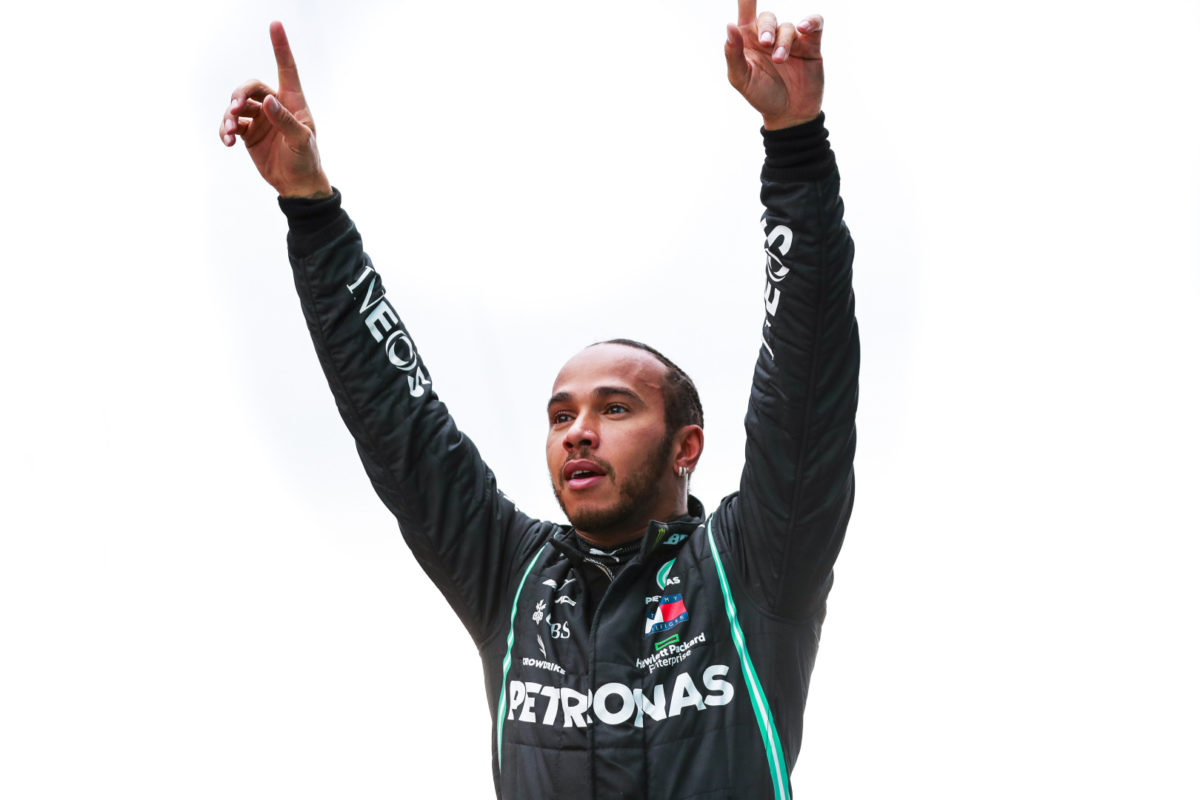 Lewis Hamilton has tried to inspire the next generation of racing driver by encouraging them to “dream the impossible” following his victory in the Formula 1 Turkish Grand Prix.

“Definitely a bit lost for words,” he said immediately post-race.

“We dreamed of this when I was young. When we were watching the grand prix, but this is way, way beyond our dreams.

“I think it’s so important for the kids out there, and know that don’t listen to anybody who tells you you can’t achieve something.

“Dream the impossible and speak it into existence.

Hamilton won the race by over 30 seconds from Sergio Perez, a stunning reversal from the opening phase of the race in which he trailed the lead by more than a pit stop.

However, a decision not to stop for a second time as his rivals did, and strong pace in the middle of the race, saw him eat into the deficit out front before eventually taking control.

“We had that small moment at the beginning of the race with the new tyres, then I couldn’t get past Seb (Vettel) for a while,” Hamilton said.

“At that point I could see (Alex) Albon pulling away and I was thinking ‘Jesus, this race is falling away from me, falling through my fingers’.

“But I just kept my head down, just kept believing that eventually I’d pick up pace of some sort at some stage, and that’s what I did.”

Conditions eased as the race wore on, leaving many teams to look at the prospect of a move to slick tyres in the latter stages.

However, to get there, they needed their drivers to manage their intermediate rubber on a drying track.

When Charles Leclerc pitted and immediately found strong pace on a fresh set of intermediate tyres, plus the threat of a late shower, many instead opted for a second stop.

Hamilton and Perez were not among them, nursing their tyres in what amounted to a 50-lap stint to the flag.

“Seb pitted and for me I knew that wasn’t the right choice, personally,” Hamilton said of his decision not to head to the lane a second time.

“I just decided to stay out and as the tyres got more and more slick, that’s exactly what you needed.

“Fortunately, because that intermediate tyre holds temperature, if I’d went out on new slicks I wouldn’t have made it round. It was the best decision.”

Speaking later, the 35-year-old reflected on his seventh title victory.

“I know often we, or I say, it’s beyond my wildest dreams, but I think my whole life I secretly have dreamt as high as this. But it always felt so far-fetched,” he said.

“I remember Michael winning those championships, and all of us drivers here are doing the best job we can, and just to get one, two or three is so hard to get. So, to get seven, is just unimaginable.

“Making memories like this, I want to wait until I can be around my family, be around all my friends, because I want to share it with them.

“I feel so proud of this race today.

“I was thinking about moments when it went wrong before, like China 2007 when I lost the championship on worn tyres in the pit lane. All these things I’ve learned along the way, I was able to apply today, and that’s why you saw the result and the gap you did today.

“At the same time, I feel like I’m only just getting started, it’s really weird,” he continued.

“I feel physically in great shape, and mentally this year has been the hardest year for many people, for millions of people.

“I know things always look great on here, on the big stage, but it’s no different for us athletes. And it has been a challenge I didn’t know how to get through.

“I’m hopeful for a better year next year. And I’d love to stay, I feel like we’ve got a lot of work to do here.

“I am working to push to hold ourselves accountable as a sport, to realise we’ve got to face and not ignore the human rights issues that are around in the countries that we go to, and how can we engage with those countries, and how can we empower them to really change, not 10 or 20 years from now, but now.

“I hope to be a part of that, at least the initial phase, for a little bit longer.”