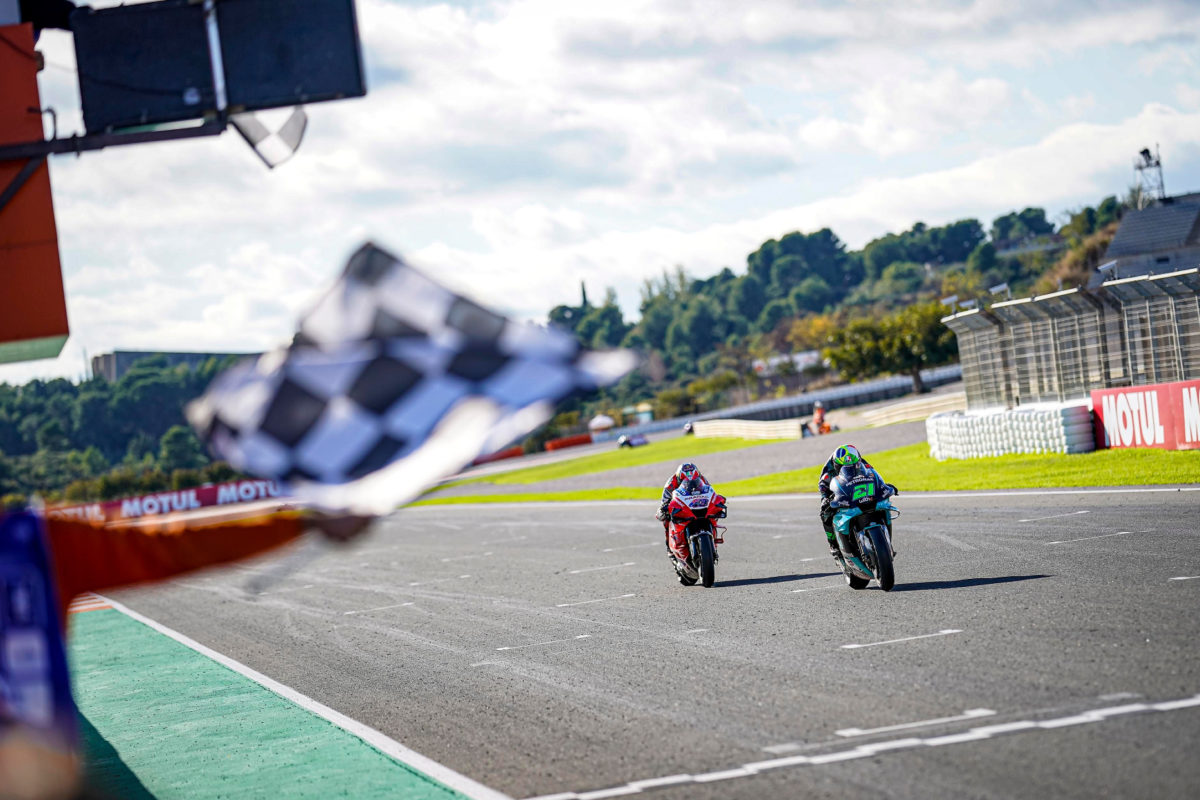 A final corner ‘Hail Mary’ move didn’t pay off for Jack Miller as he missed out on a second MotoGP victory by just 0.093s.

Petronas Yamaha SRT’s Morbidelli had gapped the trailing pack after the start, but a chasing Miller kept the Italian honest and reeled him in before he made his move on the final lap, aided by his Ducati’s superior straight line speed to begin the final lap.

However, Morbidelli struck back with several strong overtakes of his own to eventually claim his third win of the season and kept Miller waiting for a first victory since his Assen breakthrough in 2016.

“The grand plan was to sail past him on the front straight on the last lap and then ‘sorry Franky, see you later’… I got that bit right, but I couldn’t get the bike stopped into Turn 1 with the tailwind we had today,” Miller explained in his post-race newsletter.

“And so then we had a nice little battle… him back in front at Turn 2, then me at Turn 4, then him at Turn 5… he got the better of me there and he had all of the other options covered for the rest of the lap, and I tried all of them!

“I went the Hail Mary option on the last corner, squared it off and hoped the Ducati power would do the rest, but then I got a drift as I cranked the power back on, and that was that.

“Just wasn’t to be today, but it was a fun Sunday anyway.”

After failing to clear Morbidelli on the final lap, Miller tried a last-gasp effort to pull alongside and win the drag to the line.

However, a slight drift on corner-exit was enough to see Morbidelli edge the #43 to the finish line.

“That was so, so close,” the Aussie said.

“When you get beaten in a MotoGP race by about five metres after 27 laps you’d think I’d be disappointed or even a bit angry, but definitely not today.

“That was great fun out there, I did everything I could, and I got a great result.

“Less than a tenth of a second from it being a greater one, but Franky was faultless and you have to hand it to him. But finishing second and having as much fun as I did, that’s a good Sunday for me.”

Miller leapfrogged LCR Honda’s Takaaki Nakagami to eighth in the standings and is now just 15 points off fourth-placed Maverick Viñales heading to this week’s finale in Portugal.