Davison expects to be challenging for championship at DJR

Davison expects to be challenging for championship at DJR 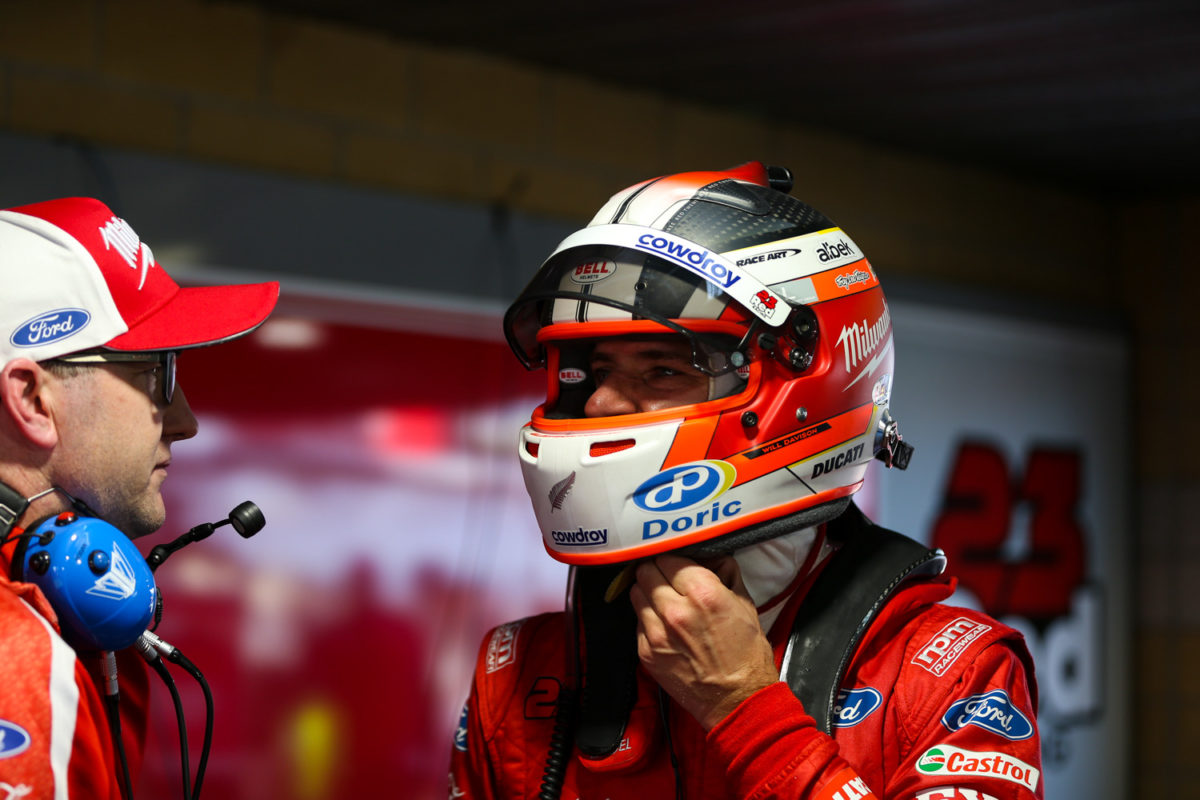 Will Davison expects to be a championship contender again upon his return to Dick Johnson Racing in 2021.

The two-time Bathurst 1000 winner and Anton De Pasquale make for an all-new pair of full-time drivers in the Shell V-Power Racing Team Fords, which were steered by Scott McLaughlin and Fabian Coulthard for the last four years.

Davison has vied for the championship on a number of occasions, coming closest in 2009 when he was still a mathematical prospect at the start of the season finale and went on to finish second in the standings with the Holden Racing Team.

Although wary of the adjustment phase in a new environment, and the feats achieved by McLaughlin at what was DJR Team Penske, he is confident about his chances.

“You’ve got to look at the quality of the team I’m joining,” Davison told Speedcafe.com.

“I’m not there to make up the numbers but also, realistically, Scotty’s irreplaceable; that sort of success rate is pretty unheard of as of lately.

“Continuity’s the number one thing any team wants in this business, with drivers and engineers, and they’ve had a lot of that over the last few years.

“There is change and, with change, there’s a small settling in process.

“That’s not to say you can’t win on debut; that’s just to say that to actually be completely 100 percent in tune with each other takes a little bit of time.

“Obviously, the team’s on top of their game. There’s very little change internally within their structure and I’m quite experienced.

“I expect to be challenging next year. I’m excited about that and I’m excited to be back in that position, absolutely.

“I’ve challenged and I’m sure I can do it again and, if not go better. I’ll be grabbing this opportunity with both hands and giving it everything I’ve got.

“I’ve got a couple of years at the moment. Obviously, (it is) the last year of these current regulations before huge changes to the cars (Gen3). While they’ve clearly got an exceptional package at the moment, I’m going to be gunning to come out the gate strong and really try and put a season together.”

One crucial example of stability at Stapylton is the ongoing presence of technical guru Ludo Lacroix, who was a key figure in McLaughlin’s success in particular.

Davison’s 2020, on the other hand, was far from stable given the loss of his full-time seat due to the COVID-19 pandemic.

However, he showed enviable pace in what little time he had this year in the Tickford-run 23Red Mustang before helping Cameron Waters to second spot in the Supercheap Auto Bathurst 1000 in Tickford’s own #6 entry.

“I’ve got a lot of experience and I certainly don’t feel like I’ve lost any speed.

“I think I was going to show that this year anyway. I came out the gates at the (pre-season) test, at Adelaide, even the Grand Prix on the Thursday, I was third on the grid for both races there, sort of lead Mustang. I was feeling very, very good in the car this year.

“It didn’t take me much to settle back in at Bathurst. I felt very comfortable in the car only a few weeks ago.

“I feel really good in myself and feel very experienced that I can work well with Anton and the team.

“I’m sure it will be a really good working team, and we’ll just see what happens.

“I’m not going to make any bold predictions, but of course, all of our expectations are quite high.”

Davison will get his first drive of a DJR Mustang today at Queensland Raceway when he helps evaluate a new tyre compound which could be introduced to the Supercars Championship in 2021.