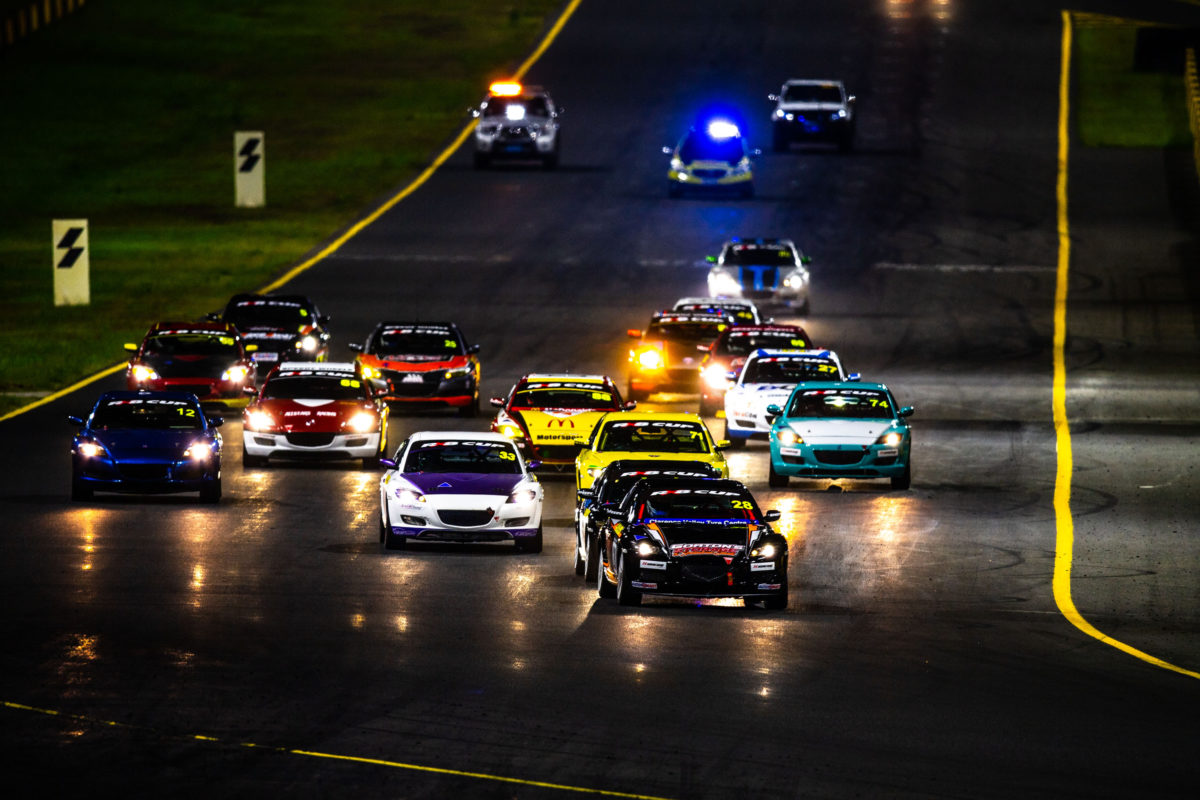 Sydney Motorsport Park will move on to programming colour and other effects after a successful first race meeting under fully permanent lighting.

While the 132 permanent towers have all been switched on in recent weeks for occasions such as members nights, last weekend’s fifth round of the NSW Motor Race Championship was the first racing in such conditions.

The 2018 Sydney SuperNight was held entirely with hired floodlights, while only some of the fixed lighting had been installed by the time last July’s Supercars event came around.

With the plain illumination having been well-received by competitors, the Australian Racing Drivers’ Club (ARDC), which runs SMP, will now move on to enhancing the spectacle.

“Certainly, the feedback from the different categories and the drivers was fantastic,” ARDC CEO Glenn Matthews told Speedcafe.com.

“We haven’t even programmed in some of the real technical stuff where you can follow cars down the main straight, and there are different sorts of colours and stuff; we’ve only really just completed construction and now got mains power.

“When we ran the Supercars in July, we had to use sort of half mains power and half generators, but all the power’s connected now.

“Prior to Christmas, we go through getting the lights programmed properly and learning how to use them properly, so we’re all pretty excited by it.

“We’ve had some testing, not only with cars but also motorbikes, and the riders just can’t believe how good it is.

“They were all saying it’s just absolutely world class, so it’s great.”

The ARDC has worked on the project with Musco Lighting, which is responsible for lighting at sports venues and infrastructure facilities around the world.

“They’re the absolute latest and greatest that you can get,” exclaimed Matthews of SMP’s lights.

“We did it through Musco Lighting, who are world-renowned, so we’ve certainly invested in the latest technology that they had.

“We’ll start all that programming within this next month and be done before Christmas.”

The state government-funded lighting project is part of a broader package of upgrades at the circuit formerly known as Eastern Creek which includes construction of a Centre of Excellence onsite.

The NSW Government announced last month a deal which will see it support Supercars’ Sydney SuperNight for the five years from 2021 to 2025.