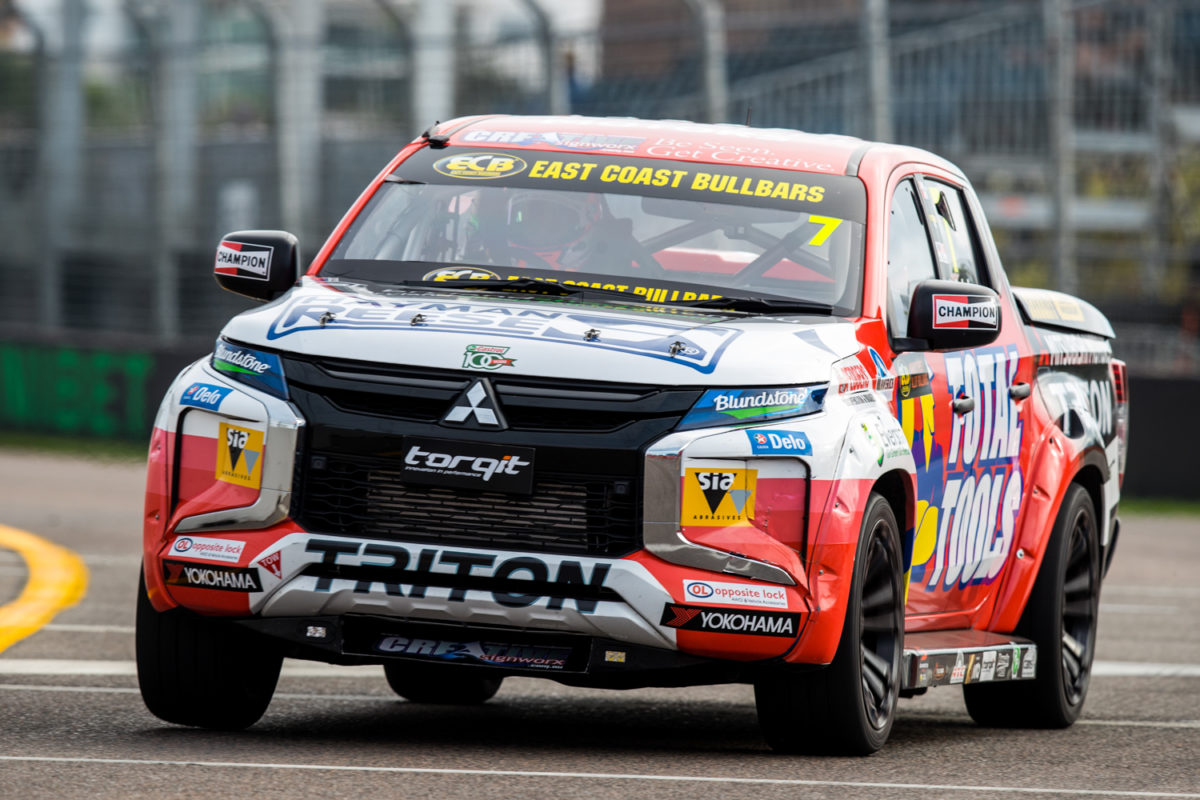 A Mitsubishi Triton SuperUte at Townsville in 2019

Interest in SuperUtes ahead of its V8 rebirth is high with all 15 vehicles in existence expected to start the 2021 season, according to project leader Luke Sieders.

That figure would represent the conversion of all 14 SuperUtes which raced at some point in the category’s first two seasons, plus the completion of another partially built Holden Colorado.

“We expect to have at least the 15 or more, because there are 15 cars around,” Sieders, whose eponymous team is the biggest in the series, told Speedcafe.com.

“The one Colorado that was at Ross Stone’s, which was 90 percent built and never raced, they’ve (owner) been in contact with me about getting the conversion up and running.

“It sounds like they’re talking to Ross about getting that side of it done at Ross’s place so there’s at least the 15 that we originally had.”

At this stage, two vehicles have had their LS3 engines installed, those being a Ford Ranger which has already been tested since at Sydney Motorsport Park and a Mitsubishi Triton, with work underway on others.

“There are two complete, so the Formosas’ and this Triton that we’ve done, but there’s plenty on the go at the moment,” noted Sieders.

“We’ve got a Toyota Hilux ready to sit the engine in, so we’ve done all the mock-up fitting, we’ve got the built engine that’s mostly dressed, ready to go in, so that’ll start happening (this) week.

“Steve Wilson with the Isuzu, he’s got an engine and it’s on its way to get the category spec stuff going into that so he can start doing the build, and Formosas have started on their second one already, so it’s all coming along.

“We’ve got a lot of interest from outside people that are looking at trying to join the category, just from what they’ve seen already, and I’m sure once we get some more of our content out there, there’ll be more again.”

Enquiries are said to be coming from both prospective new drivers and teams, meaning the number of SuperUtes in existence could grow in the near future.

“I have had discussions with a few people with potentially building new cars,” explained Sieders.

“But, it’s still early discussions and they obviously want to see what it’s all about before they 100 percent commit.”

SuperUtes is expected to be back on the Supercars support bill next year.