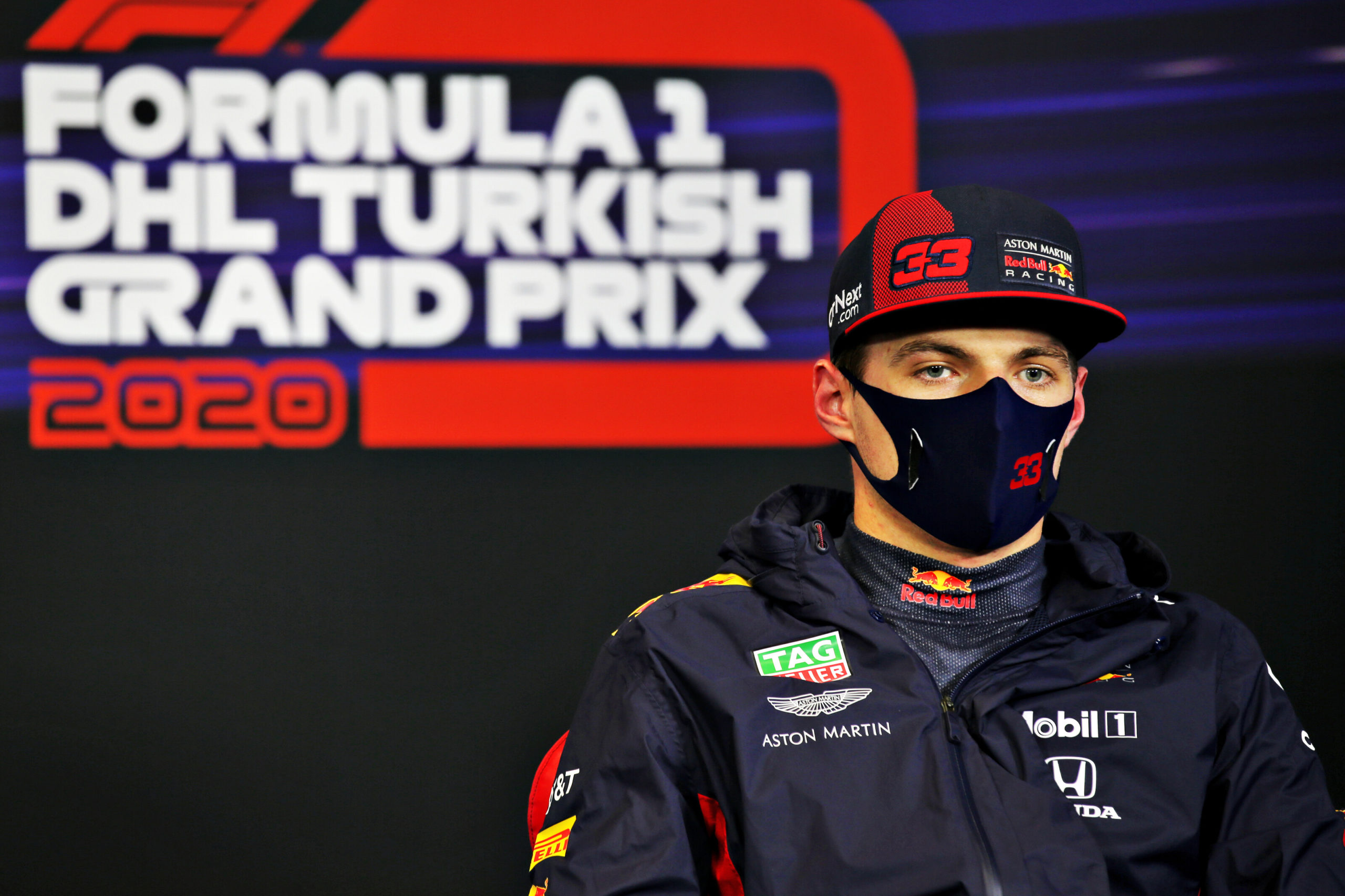 An upset Max Verstappen believes poor tyre strategy deprived him of a chance to fight for pole position in the Turkish Grand Prix.

The Red Bull Racing driver felt his team went the wrong way with its choice to switch the RB16 from extreme wet to intermediate tyres in the final stage of qualifying.

The Dutch driver had topped every session at the Istanbul Park Circuit only to be pipped by Racing Point driver Lance Stroll in Q3.

Verstappen questioned the choice to go back to intermediate tyres having not had much success in the first leg of qualifying.

“I think this is the first time this year I sit here upset, I think that says it all,” Verstappen said in the post-session press conference.

“It was all going quite well on the wet tyres, but already in Q1 when I tried to go on the inters they were not working at all even compared to other people on inters around me.

“So I was, in Q3, not very sure to go on inters because I felt really comfortable on the extreme (wet) tyres.”

Despite the switch, Verstappen was able to improve his time on his final lap, but maintained that the full wet weather tyre was the way to go.

The 23-year-old said he had little interest in the performance of his Mercedes rivals, both of whom will start outside the top five in Sunday’s race.

The nine-time race winner lamented a missed opportunity to his practice pace into pole position.

“I think the track was definitely leaning to intermediates; for me it just felt so poor that I think if I would’ve stayed out on the wets, I could’ve done the same lap time,” he said.

“Clearly something was not working for us today on that tyre.

“I’m just upset because actually the whole weekend we were first, it looked very comfortable, and then you lose out in Q3.

“So at the end of the day I don’t care where the Mercedes is.

“I just look at our performance and that’s just not good in Q3, so that’s why I’m so upset.

“You can’t look at other people’s performance to judge your performance; you have (to) look at yourself. And clearly in Q3 it was not good.”