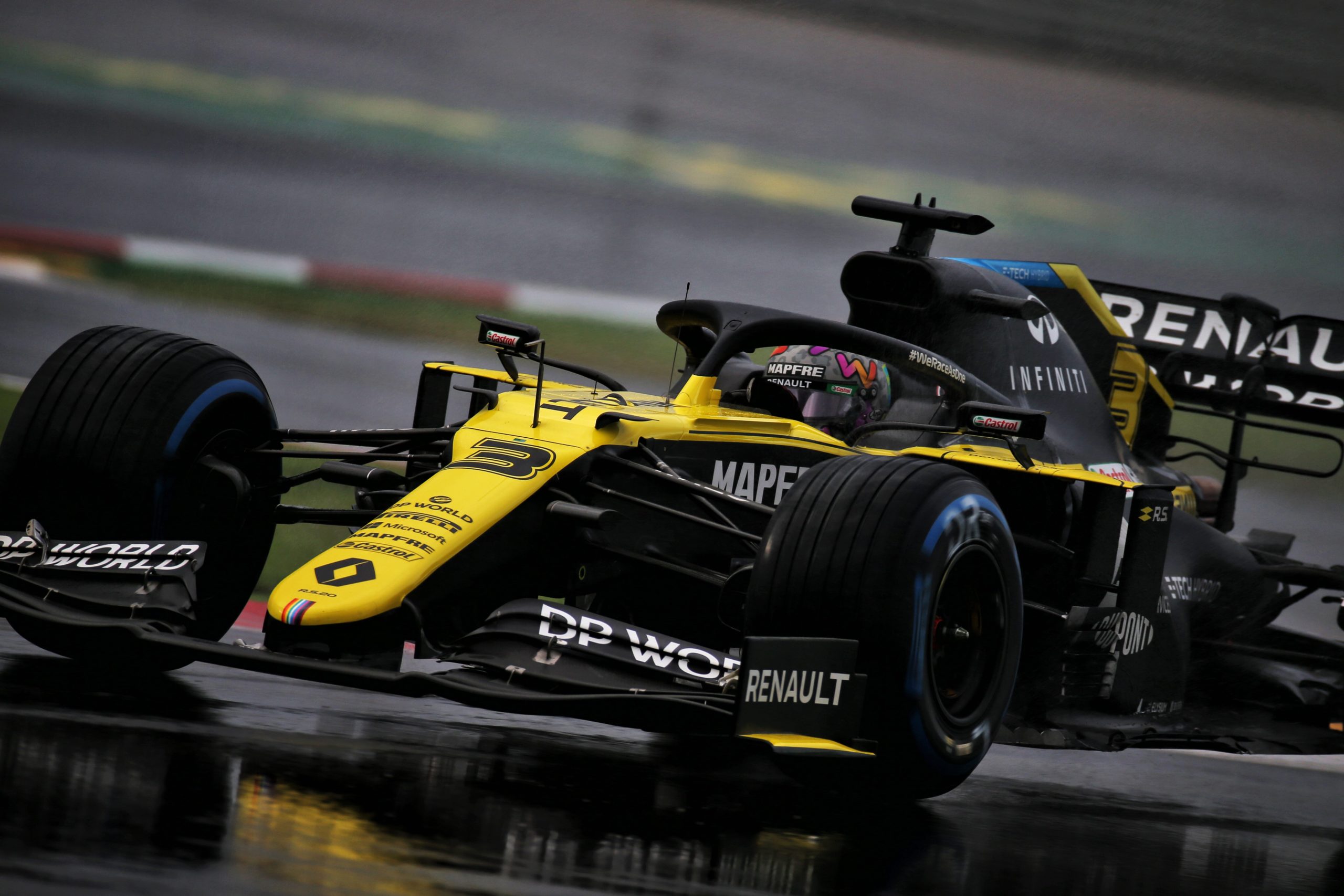 Daniel Ricciardo labelled a treacherous qualifying for the Turkish Grand Prix mentally taxing after qualifying fifth in the wet.

After a pair of dry practice sessions on Friday that saw driver complain about low grip, Saturday saw qualifying at the Istanbul Park Circuit soaked.

For Renault’s Ricciardo, it was a case of getting to the chequered flag unscathed in what he described as one of the trickiest sessions of his career.

“I thought yesterday was unique but today was something else,” said Ricciardo.

“It was by far the slipperiest conditions we’ve ever experienced in Formula 1. It was so unpredictable, and I would compare it to driving on a skid pan.

“There was no sign as to where the grip was in the corners, and I wasn’t getting much feedback from the track either.

“I didn’t go all guns blazing in Q1, and I kept chipping away at it throughout Q2 and Q3 and to end fifth at the chequered flag is a decent result.

“It’s so much more taxing mentally when conditions are like this. I’m pretty sure I wasn’t blinking during a lap.

“It’ll be an interesting race tomorrow regardless if it’s wet or dry.”

The Frenchman echoed Ricciardo’s sentiment after setting a time nearly five seconds off the pace of pole sitter Stroll.

“It was pretty tricky out there in very slippery conditions,” said Ocon.

“It was maybe the most slippery conditions I’ve ever driven, but it’s the same for everyone and we tried to get the maximum out of the car.

“We probably made the wrong decision to run intermediates at the start instead of wets as I felt we could have been in the top five.

“It was a good lap for seventh, but it was my only push lap on that set, so maybe with a few more laps, I could have been up there.

“There will be plenty of opportunities tomorrow. We don’t know about the weather yet, so let’s see.”