MECHANIC: Terry Wyhoon, it started with a loan from Mum

MECHANIC: Terry Wyhoon, it started with a loan from Mum 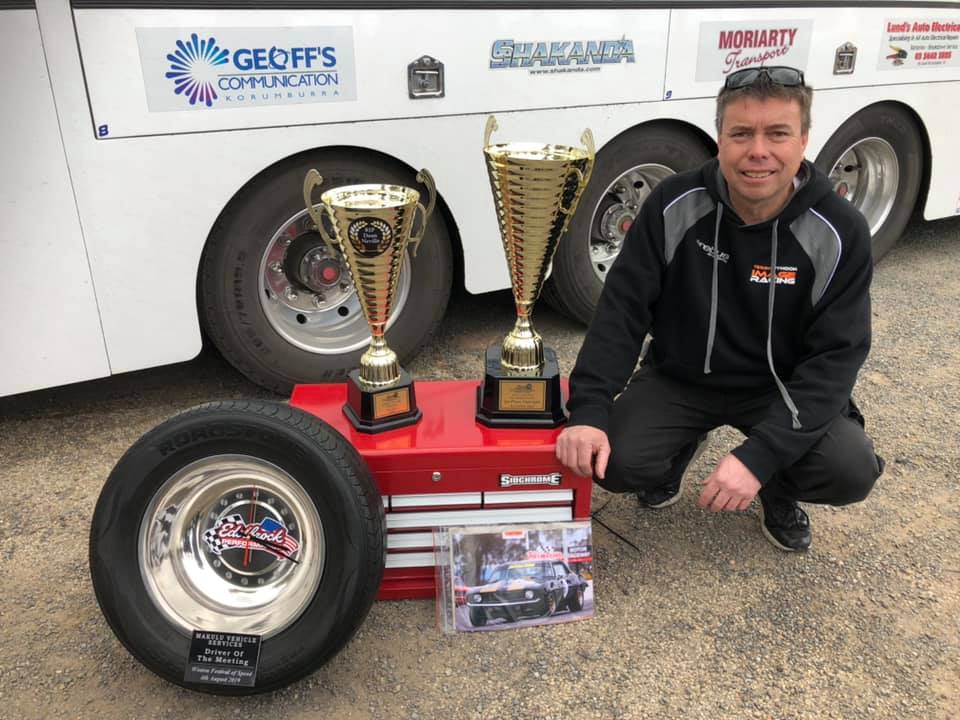 Australian motorsport probably owes Terry Wyhoon’s mother a debt of gratitude after her generosity helped launch a career in the sport.

Wyhoon has been a prominent figure in Australian motorsport for the better part of four decades.

From clay speedways, to the banks of the Thunderdome, the sinuous twists of Mount Panorama, to the pit wall, where he now sits, Wyhoon has done just about everything.

In 2020, that saw him fielding two Holden VF Commodores for Will Brown and Jordan Boys in the Dunlop Super2 Series.

He grew up in regional Victoria, and has maintained a base outside of the big smoke; his workshop is in Korumburra, just off the beaten track about halfway to Phillip Island from Melbourne.

There sits his race team’s HQ, next door to an automotive workshop.

“One complements the other, but I know which one makes money and which one doesn’t,” Wyhoon joked to Speedcafe.com.

“I tell people that I would not be able to do it without the normal mechanical repair shop.

“I try my hardest to give kids that I want to put in the cars to try and help them financially by finding sponsors.

“It’s nice to be able to help them because I know how bloody hard it is doing it, personally myself, how hard to find the money and how much it costs did that race.

Wyhoon’s own entry into the sport came as a teenager, sparked by a friend and aided by a loan from his mother.

“I asked Mum if I could borrow $900 off her and buy my first race car,” he recounted.

“That’s what it cost. It had a six-cylinder Holden, triple carbies. It came with a trailer for 900 bucks.

“It had winter tread tyres on, so you’d just go down to the tip and get some tyres for it. I’m not kidding, we did it.

“Of course, it evolved, like everything does and ends up with a fairly expensive toy in the end. That’s how I started.”

For more than a decade Wyhoon raced on the clay of speedways like Nyora and a track which stood in what is now the shadows of the West Gate Bridge in Melbourne.

He raced, supported by friends and family, and anyone he could rope in to swinging a spanner.

“That’s exactly how it worked right up until I stopped racing myself,” Wyhoon said.

“Everyone that came with me was voluntary, and I had one particular person that pretty much came right through my racing career.

“He was very clever and he helped me through until the end of NASCAR and the start of the Konica series, and now I have his son as a number one mechanic on the Super2 programme, the current programme.”

It was his move into Supercars that saw Wyhoon’s operation transform into Image Racing as it is today.

Rather than sell the old car, he was able to lease it out, and thereupon the foundations of the business he continues to operate were laid.

Over that time costs have risen, with the value of a front running Super2 Series machine 10 times what Wyhoon paid for his original HRT VS.

“It has certainly changed,” he admitted.

“Everything’s changed, the technical side of it; you need engineers now, and, you can’t just do it by the seat of your pants.

“Now you’ve got to have a data engineer and all the other bloody stuff that goes with it.

“At Thunderdome racing where they had 50 HQ has had people standing on the seat, then the NASCARs would come out and they’d sit down,” he added.

“It was door-to-door, really close. What, for a car that you’re going to go and buy it for a couple of hundred bucks. So you don’t need expensive toys.

“I guess that the world, everything’s moving on, but certainly don’t need expensive toys.

“Are they good for the sport? Australia is a pretty small country, isn’t it, when it comes to commercial dollars that are available?”

That feeds into Wyhoon’s latest role, as the Super2 representative to the Supercars Commission.

But that doesn’t mean his days of turning spanners and fixing cars are behind him.

“If I feel like spinning some spanners, I do, which I still enjoy,” he explained.

“I like working real close with my boys; I don’t expect them to do anything that I wouldn’t do. I get out under the car and help them get dirty.

“The last couple of years I’ve actually enjoyed an engineering role with one of the young kids, tuning the car and running it for him during the event.

“I don’t know, I’m thinking I might step back from that role next year.

“With Supercars, I’m the team’s representative now for Super2, that’s taken up a little bit of time.

“So I probably won’t get my hands dirty as much, but I still, I enjoy the whole business, the whole lot of it, and I don’t get locked into one job.”

For Wyhoon, his involvement centres on a desire to maintain a community and family atmosphere around racing, just as he had when he began in the 1980s.

“The shot in the arm, I always call it, for me is seeing your kid win a race or if they’re 10th one meeting and they’re fifth the next, just keep pushing them in the right direction.

“I’ve had some ripper kids and with the families I’ve become long-term friends.

“There’s days where I think I’m not doing this bloody thing anymore, I’ve had enough and I’d sell the lot, and then all of a sudden we’re back at it.

“I’ve met a lot of good people over this journey,” he added.

“I’ve worked my way up to being able to afford to buy a nice transporter, and we’ve got something that we can offer kids.

“My wife tells me every day to sell everything! She loves it. She knows everyone in pit lane and you know, we still try and make it fun.”

The next generation of Wyhoon is already behind the wheel, with his 10-year-old son campaigning a kart purchased from Frank Capo.

There’s no pressure from his old man, despite the long career he’s enjoyed, more a shared passion and an opportunity for father and son to bond, regardless of their last name.

“It’s not so much that a lot of their karting, but he’s got another bunch of mates there now, and he’s getting taught skills that most kids wouldn’t when they get that car licenses.

“He’s understanding the mechanical side of things gradually, although he could actually make a driver; sometimes he gets out of the car and he gives it to me ‘just a bit loose, dad, you fix that, I’ll go and have a drink’.”

It’s brought him back full circle, offering his son the opportunities that he himself was granted courtesy of a borrowed $900 from his mum.

“I suppose sometimes you don’t sit back and think about it at all, the journey, but it’s been good,” he concluded.