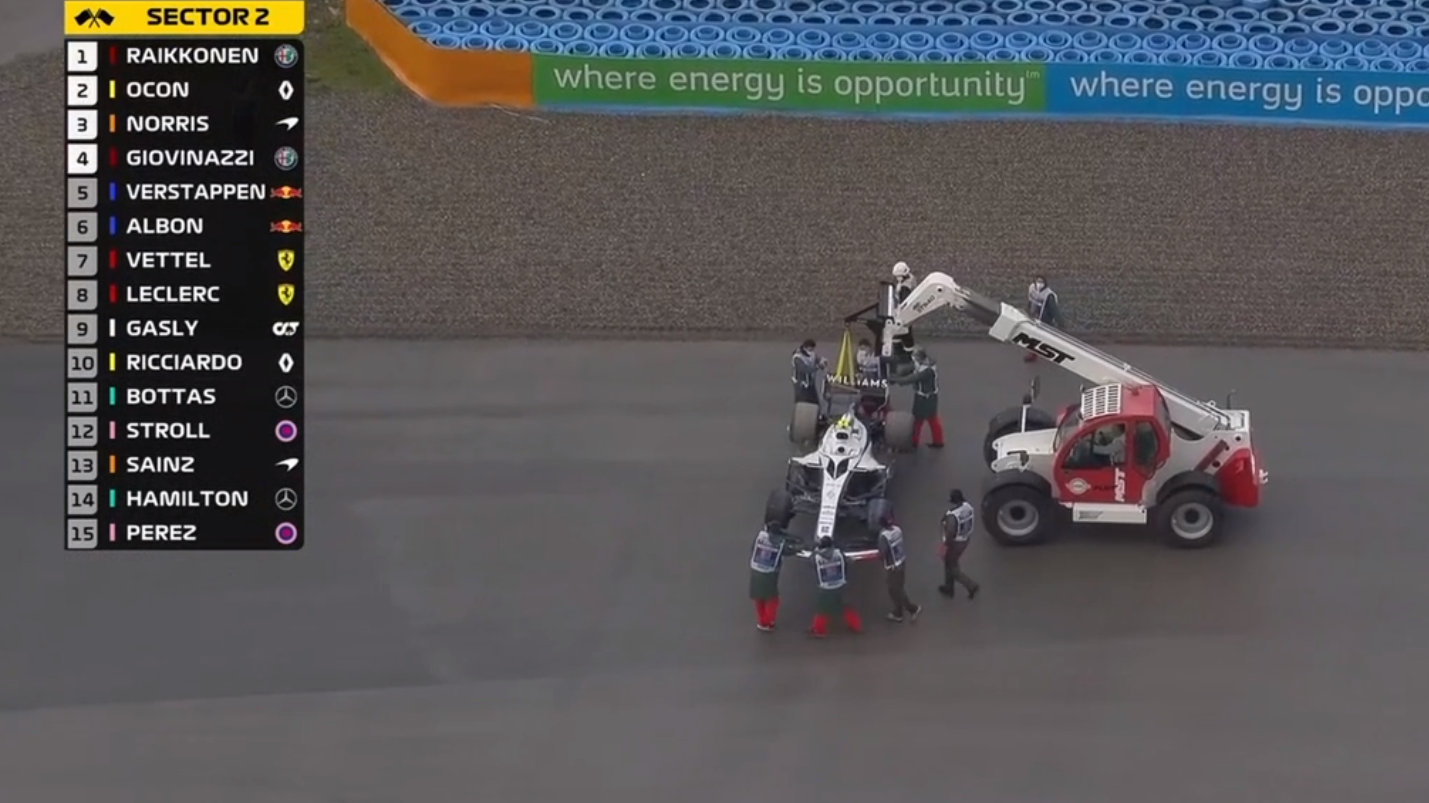 A crane was on track at the start of Q2 pic: Fox Sports

FIA Race Director Michael Masi says procedures will be reviewed after drivers were released from pit lane for qualifying while a crane was on track.

The incident took place at the start of Q2 in qualifying when the Williams of Nicholas Latifi was being recovered at Turn 8.

The Canadian had spun at the end of Q1 and beached himself in the gravel. Despite the ongoing recovery, cars were sent on track.

That came after a message reportedly came through that the car would be recovered by the time cars got to the scene of the incident.

However, the recovery took longer than expected and drivers arrived at speed, greeted by yellow flags.

It came during what was a wet session on an Istanbul Park Circuit that many drivers had complained had very little grip.

“We released the cars from pitlane as the recovery vehicle was moving to the escape road,” said Masi after the session.

“Following information given to Race Control by the Clerk of the Course that the vehicle would be clear of the track before the cars on their out laps reached Turn 8 where the recovery was taking place.

“As soon as it became apparent that the recovery vehicle had been delayed in moving completely into the barrier opening, we extended the area of double-waved yellow flags from Turn 8 to the entry point of Turn 7 to further slow down the cars on their out laps.

“Clearly this is not a scenario we want to see, and with the benefit of hindsight we would have done it differently and held the cars until the recovery was completed.

“We will review our procedures to minimise the likelihood of similar incidents in future.”

Red Bull Racing driver Alexander Albon was critical of the call to send cars out while the recovery was still happening.

“I imagined that we were trying to make sunset and we rushed everything, but that was silly,” he said.

“I’m sure we could have waited another five minutes for a crane to move.”