Bemused Hamilton says sixth ‘the fastest we could go’

Bemused Hamilton says sixth ‘the fastest we could go’ 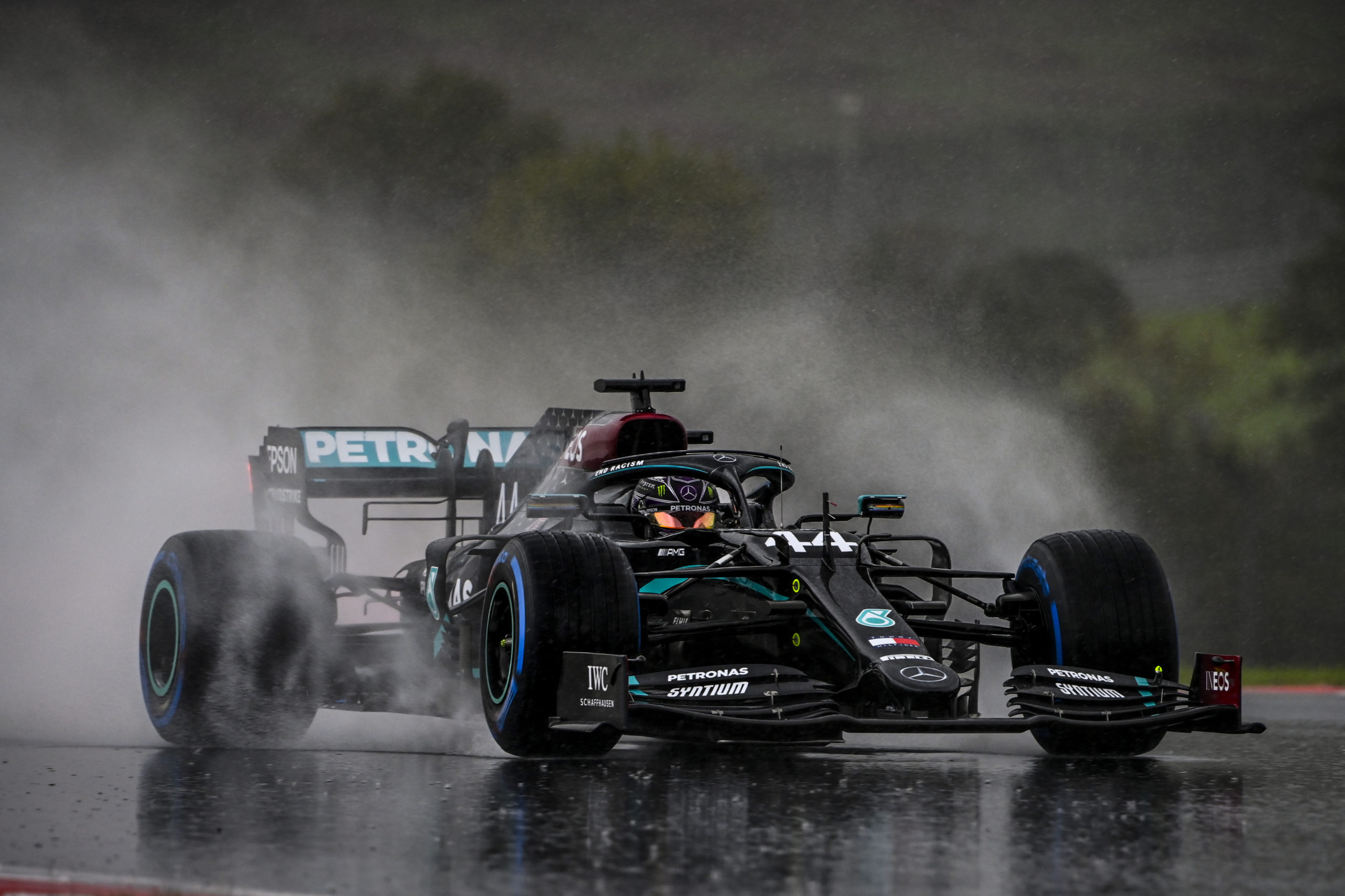 On the brink of claiming his seventh Formula 1 title, a bemused Hamilton could only qualify sixth at the Turkish Grand Prix.

Team-mate Valtteri Bottas was ninth, marking the first time since the Italian Grand Prix of 2013 that neither Mercedes has qualified inside the top five.

The 35-year-old was left wanting with an inability to get his wet and intermediate tyres working to his liking.

In a session that was topped by Lance Stroll of Racing Point, Hamilton said he went as quick as he could.

“I’m not really sure what to say,” said Hamilton.

“We tried our hardest and did the best we could. That was the fastest we could go.

“The track feels terrible, it’s just like driving on ice.

“For whatever reason, some people can get the tyres working a little better than us.

“I think ultimately we’re all struggling out there but some are better than others.

“I did the best I could. I didn’t spin, I didn’t really make any mistakes, so I’m generally happy.

“I did everything I could with what I had.”

Having struggled in the dry during Friday’s practice sessions, Hamilton said rain or shine he’s not sure what to expect in Sunday’s grand prix.

The winner of 93 grand prix labelled Friday’s running a “disaster” on what was a low grip Istanbul Park Circuit.

“I’ve got no idea what car I’ve got underneath me (for Sunday),” said Hamilton.

“We made some set up changes for today and then it’s been wet.

“If it’s dry I have no idea how it’s going to feel and if it’s wet then I know it could feel as bad as today.

“But we are all in the same boat out there, all struggling. Congrats to Lance on the pole, that’s pretty awesome. We look forward to fighting with them tomorrow.”