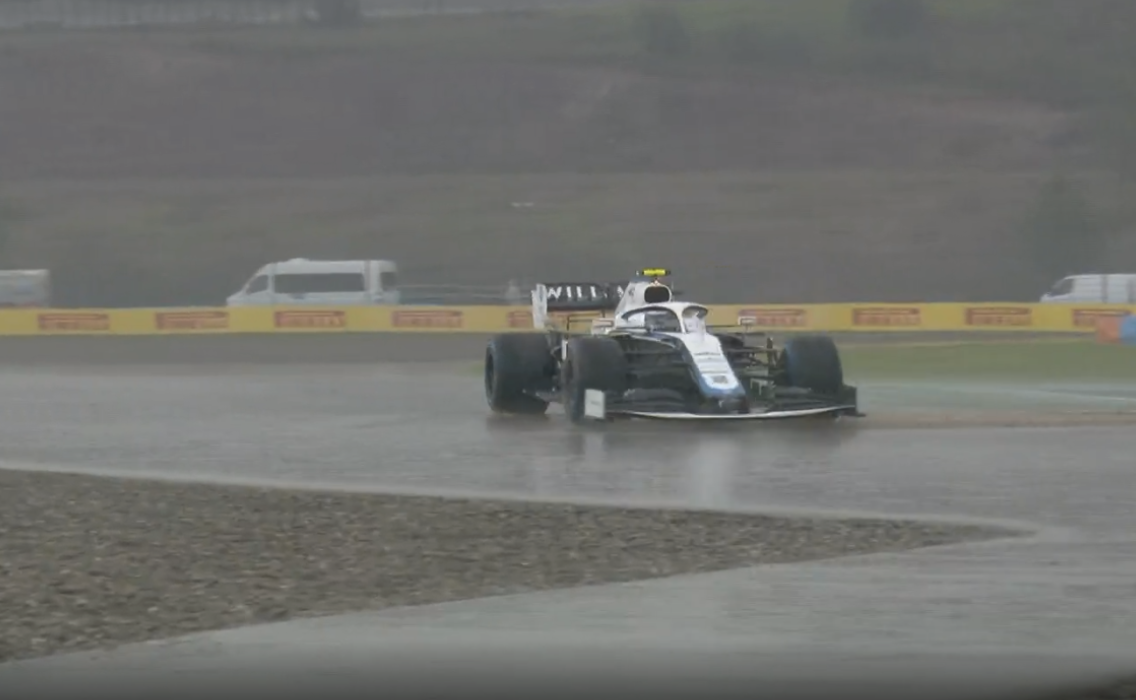 Qualifying in Istanbul has been suspended pic: Fox Sports

Rain in Istanbul has forced Race Control to suspend qualifying for the Formula 1 Turkish Grand Prix.

The recently resurfaced Istanbul Park circuit had proved slippery during the opening day’s dry running, before conditions turned for Saturday.

The Qualifying session began with a wet circuit before rain increased as the opening minutes ticked by.

With no support races on the programme, no grip has been built up on the all-new racing surface.

It resulted in times more than 30 seconds off the dry pace, with cars running off the circuit and spinning under the lightest of throttle applications despite the lack of standing water.

A number of local yellow flags were shown as drivers left the road before the decision was taken to suspend running.

A total of 6:56 remains on the clock in the first phase of the three-part qualifying session once running resumes.