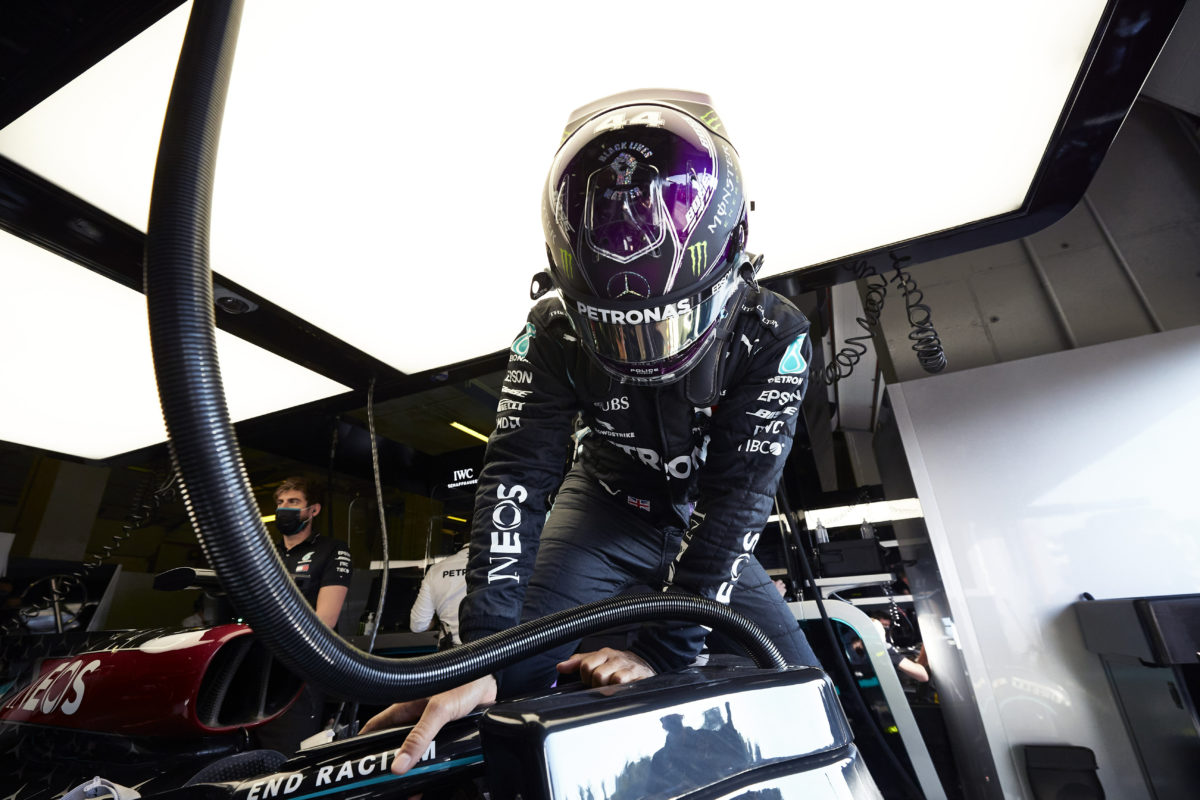 Considerations regarding his place within the broader Mercedes organisation are at the core of delays surrounding Lewis Hamilton’s new contract.

The six-time world champion is the highest profile driver currently without a new deal for 2021.

Speaking at the Emilia Romagna Grand Prix two weekends ago, Hamilton suggested that he didn’t know whether he would be in Formula 1 next season.

He has now moved to clarify the comments by explaining that how he fits into Mercedes’ drive into the future is a primary consideration.

“I believe I have the best contract that there is, in terms of how it’s structured and in terms of time management,” Hamilton said.

“With the team that’s put around me, I think it’s been great, but I’m always looking to see how we can improve.

“Naturally, I think it’s easy just to go and sign that deal and continue not having to think of what’s afterwards.

“I’m very conscious of the idea that I do want to continue with Mercedes, I would love to help them on this quest in pushing for change.

“They are taking their cars green, and electrifying more, and I want to help them on that road.

“I would like to help them in terms of pushing for diversity, because that’s also within the organisation, as with every organisation out there.

“There is not enough of it. So there’s a lot to discuss, and a lot to go through.”

Despite those considerations, the Englishman went on to reaffirm his desire to remain in Formula 1.

“I think it’s something we’ll do, if not after the job is done, then particularly at the end of the year,” he said.

“But nothing is set in stone. I think it’s just about talking about it, and at the moment, I don’t feel like I’m finished.

“I think there’s always areas to improve. I love racing. I love the challenge, and I don’t think that’s going to change anytime soon.”