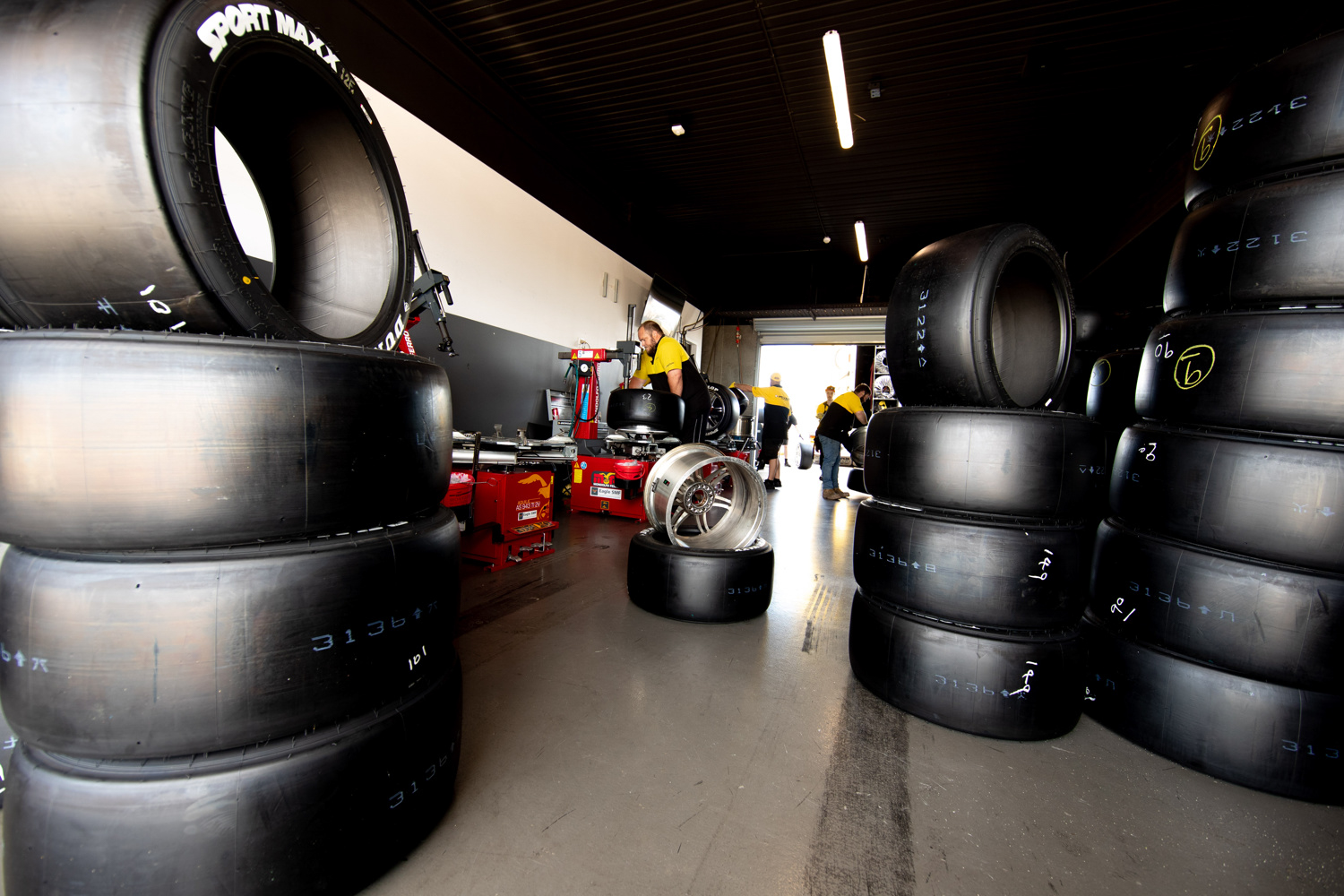 Dunlop Operations Manager Kevin Fitzsimons has explained what Supercars’ ‘super soft’ tyre compound test will entail and where it might be used in 2021 should it get greenlit.

Supercars and Dunlop will test the tyre on Monday at Queensland Raceway with a view to racing with the super soft compound in next year’s championship.

Dick Johnson Racing returnee Will Davison and Triple Eight Race Engineering’s Jamie Whincup will each sample the tyre in a Ford Mustang and Holden Commodore respectively.

The compound has been in the works for the best part of half a decade having first been tested in 2016.

Fundamentally, the super soft is an evolution of the soft tyre and is expected to be consistently quick but suffer significant fall-off towards the end of a stint.

“We basically want the thing to wear out pretty quick,” Fitzsimons told Speedcafe.com.

“We want it to be extremely fast for a reasonably long period of time and then literally drop off the cliff.

“Instead of having a life of around 120km to 150km, which the current soft tyre has, we think this (super soft) one should be somewhere between 70km and 100km, or thereabouts,” he added.

“That would be ideal, something that just wears out fast enough.

“By design, you just make the cars move around more and it wears the tyre out. That’s what (Supercars) want to happen.”

Pending its ratification by Supercars, a super soft tyre would likely feature at Hidden Valley, Winton, Symmons Plains, and Sandown.

Townsville, Gold Coast, Sydney, and Albert Park would likely among those to retain the soft compound tyre.

The hard compound tyre is typically reserved for Mount Panoroma and the New Zealand round of the championship.

The hope is to recreate similar wear rates to those seen at the long loaded Sydney Motorsport Park, which saw mixed results across two events as a result of high degradation and limits on tyre sets.

“It will just help get the high deg races like we had at Sydney Motorsport Park, which were exceptionally good,” Fitzsimons said.

“It will just give us an option. We’ve just got to hope that the test goes alright and we can get them into production quick enough to have them here for next year.”

Fitzsimons said he expects Monday’s test to be straightforward and done by midday.

The drivers will back-to-back the soft and the super soft tyre to gauge them both.

While driver feedback will be valuable, Fitzsimons said the data acquired will tell them what they want to know.

“It’s just a matter of going out there and seeing what the data is,” he said.

“The data doesn’t lie. We’ve got infrared sensors and things like that to measure the internal and external temperature of the tyres, so we’ll get some very useful feedback out of it.

“Drivers will certainly give their input into what they felt and they’ll come over the radio and tell us if it’s starting to drop off the cliff, if it starts to lose front grip or rear grip, or whatever the case may be, but the guys will be able to pick that up in the data pretty quickly.”

If the test goes to plan, Fitzsimons said he anticipates a decision being made on whether the tyre will be introduced shortly thereafter with production to begin as soon as possible.

“If this works now we can tick the box and hit the ground running,” he said.

“We just want to get through this test and hopefully it achieves what Supercars want it to achieve if the drop-off rate is fast enough for what they want.”