More than $10,000 raised through helmet auction

More than $10,000 raised through helmet auction 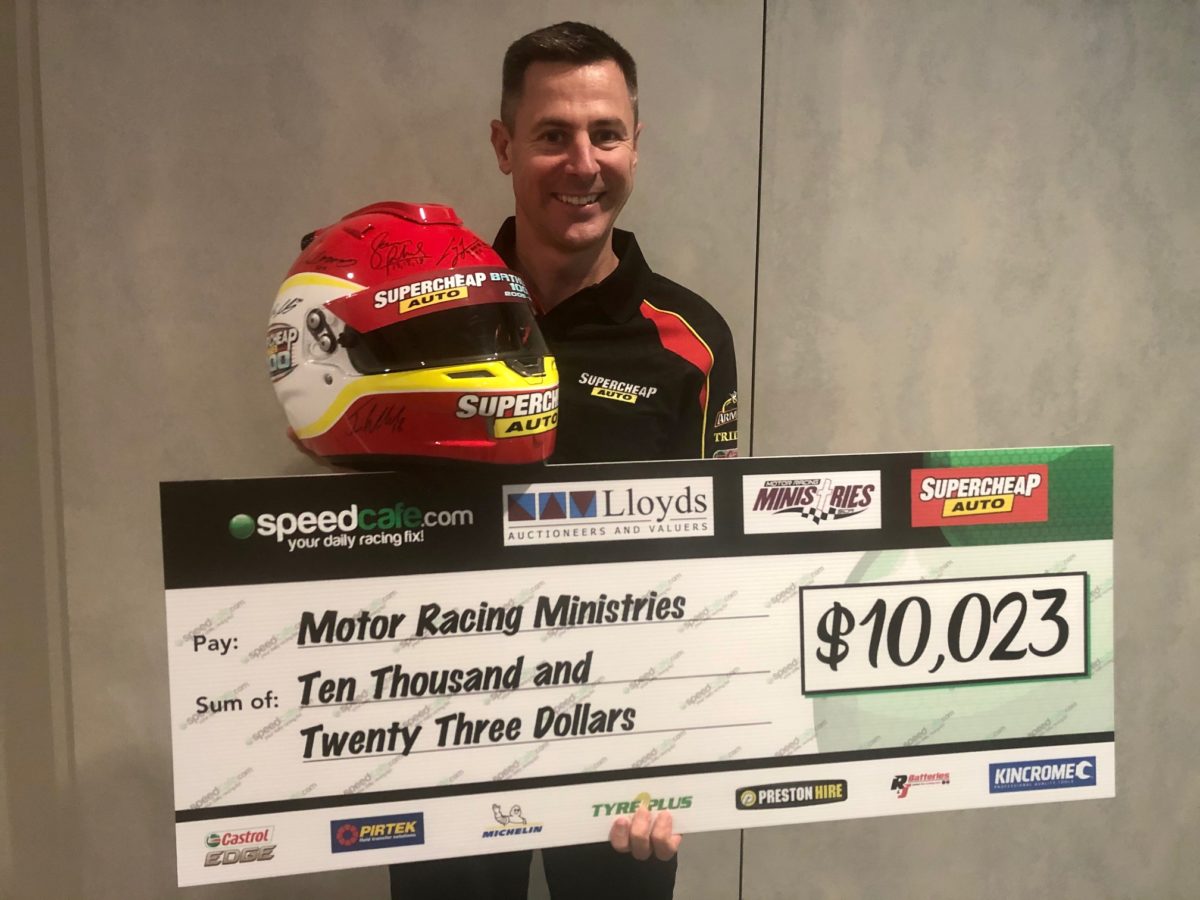 A rare autographed Supercheap Auto Bathurst 1000 helmet has been sold for more than $10,000 through Speedcafe.com and Lloyds Auctions in their monthly charity auction.

A final bid of $10,023 was received from an Australian-based race fan with 100 percent of all funds going to Motor Racing Ministries.

The funds from the helmet brings the year-to-date total of funds raised through the auctions and other activities to approximately $40,000.

The helmet is signed exclusively by all the winning drivers and co-drivers during Supercheap Auto’s naming rights period of the Bathurst 1000 from 2005 to 2020, including this year’s winners Shane van Gisbergen and Garth Tander.

A ‘sister’ helmet was given away through Fox Sports during this year’s race telecast.

The helmet’s visor has been signed by the inaugural winners Todd Kelly (2005) and Mark Skaife (2005, ‘10), last year’s victors Alex Premat and Scott McLaughlin, and 2020 winners van Gisbergen and Tander.

The donation of the commemorative helmet was initiated by Supercheap Auto Managing Director Benjamin Ward.

“What a fantastic result,” an enthusiastic Ward told Speedcafe.com when made aware of the final bid.

“The creation of the helmets was a unique concept and we were delighted to be able to donate one to be auctioned by Speedcafe.com through fellow Platinum Partner Lloyds Auctions.

“Motor Racing Ministries is a tremendous organisation which has done an enormous amount for the sport over many years and it is great that 100 percent of the revenue raised from the monthly auctions can be put directly towards their work.

“To achieve a donation in excess of $10,000 is just something which everyone involved should be proud of.”

Speedcafe.com owner and founder Brett ‘Crusher’ Murray said the reaction to the helmet auction had been impressive.

“Supercheap Auto have been fantastic partners of Speedcafe.com for several years and enormous contributors to the sport – this is just further proof of that.

“Garry Coleman and his team at Motor Racing Ministries are worthy recipients and the cash will go directly towards the wonderful job they do in motorsport and the general community on a daily basis.”

Speedcafe.com is currently preparing its final auction for the year, which promises to stir some healthy bidding.

The final auction items will be released to the market in coming days.

One hundred percent of proceeds from all Speedcafe.com’s monthly auctions going to Motor Racing Ministries because of a generous zero percent buyer’s premium from Lloyds Auctions, which is a valued Platinum Partner of Speedcafe.com.