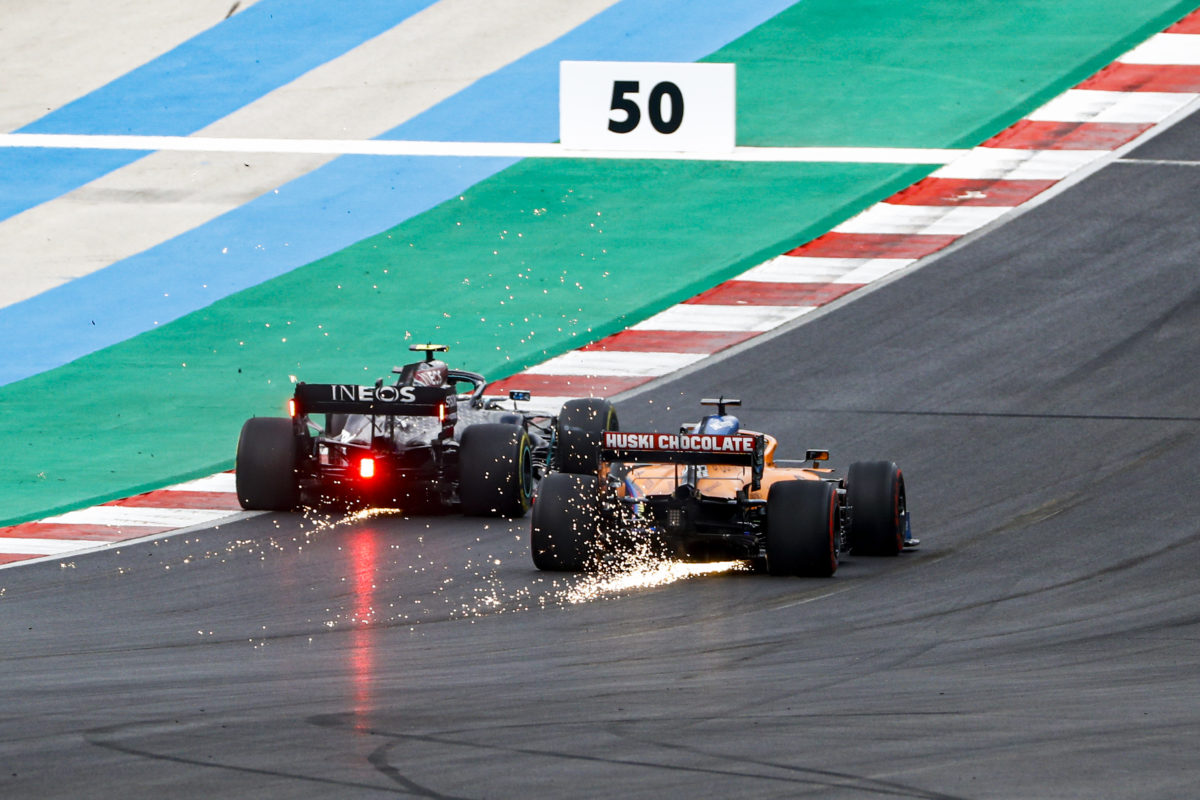 A new aerodynamic package will be introduced to make it easier to follow the car ahead, which will enable greater opportunity for overtaking.

The regulations, which were delayed from their initial 2021 introduction in a cost-saving response to the COVID-19 pandemic, will mandate simpler front and rear wing designs.

With less downforce and less turbulence in the wake of cars, closer racing will be more likely, with downforce also able to be reclaimed through the reintroduction of ground effect.

The larger current-generation cars are the fastest over one lap, yet have proven difficult to race and are overly reliant on DRS overtakes.

In 2022, Key believes DRS will still have a role to play even “if the plans work” with the new regulations.

However, Key suggested that circuit layout will also influence the racing on offer.

“I think (DRS) will still be necessary. Overtaking is really what these regs are based around, ultimately,” Key said.

“But what you find is that it’s not just cars, it’s also circuit-led as well. F1 cars are so quick around tracks, there’s only a few opportunities where you can get some kind of differential in performance good enough to overtake.

“Obviously braking is the primary one, and that is where DRS helps. You look at some tracks, Spa maybe, where overtaking is possible in a number of places, and Bahrain is very similar. You do see it happening, it’s not like it’s impossible.

“I think what the new regs will encourage is closer racing at some of the more tricky tracks, so you take Silverstone or Suzuka, maybe Hungary even, where it’s difficult to follow, and if you can get that to work, you can close up, you can generally race in situ instead of having to wait for a straight.

“But the DRS will probably still play a role in making sure you can guarantee an overtake as it stands. Its authority would be less, I tend to agree with that.”

With cars set to remain largely unchanged in 2021, the FIA has already warned teams against exploiting a loophole ahead of a $145 million cost cap being introduced next season, where teams could try to stockpile components to save costs in 2021 and divert that money to the development of the 2022 car.

In April, the World Motor Sport Council (WMSC) voted to ban teams from beginning aerodynamic development of their 2022 cars this year.

However, Key said teams will be able to adapt their knowledge and data of the existing cars to the 2022 aero package, despite the significant differences between the two sets of regulations.

“Obviously, pure aerodynamic knowledge in terms of the details of how these things work, it’s not really relevant at all,” Key said.

“But what you’re trying to achieve by using those devices that we have freedom on now is exactly what you want to achieve in ’22, you’ve just got to find different ways to do it.

“So the kind of understanding of how the ideal aero would work around the car, for example, which is easy to derive and very difficult to do, still stands for ’22.

“You’re going to have the same aerodynamic problems, the same limitations, probably very similar sensitivities that you have to deal with as well.

“So you’ve got to refresh your aerodynamic knowledge in that respect, but the knowledge you supply to it in terms of what you’re trying to achieve is actually quite similar to what we know now.

“It’s a case of adaption in terms of knowledge, what we’re trying to achieve, and it’s very much a fresh start in terms of aerodynamic knowledge of what does what.”