How Hamilton can seal record-equalling F1 title in Turkey

How Hamilton can seal record-equalling F1 title in Turkey 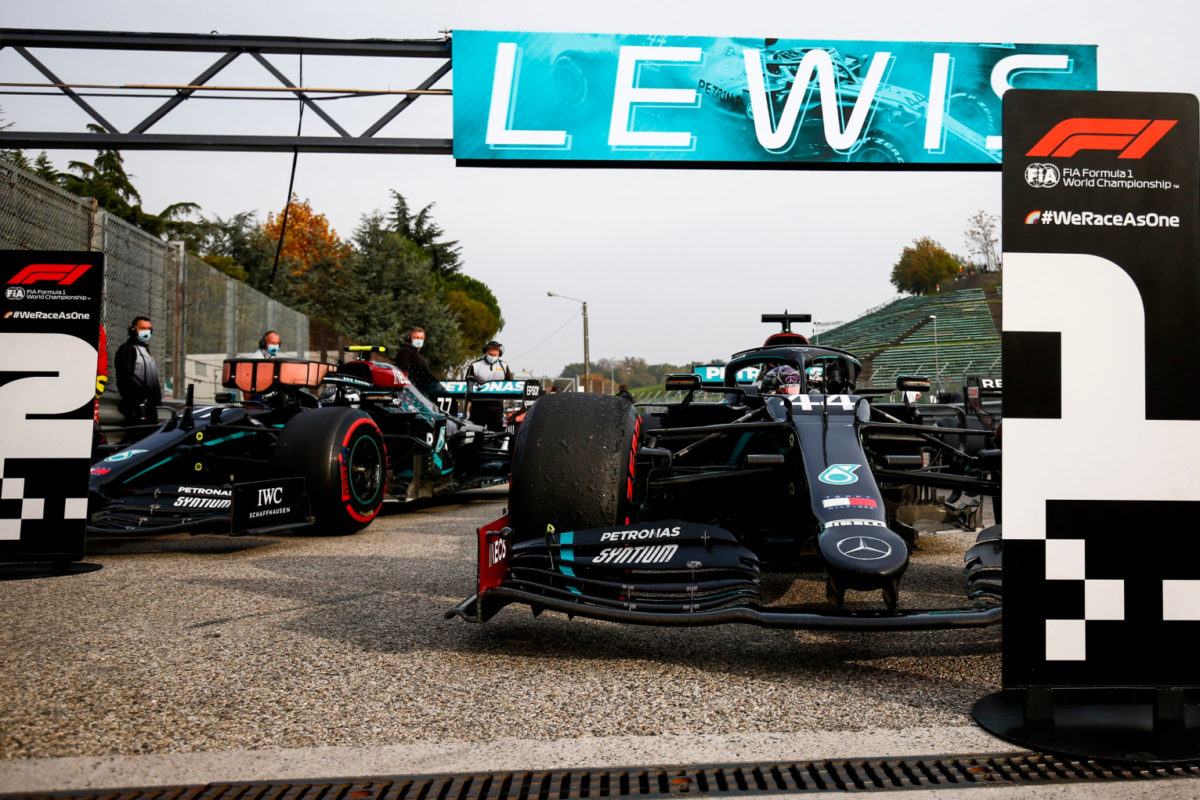 Lewis Hamilton will have his first chance to clinch a record-equalling seventh Formula 1 world championship at this weekend’s Turkish Grand Prix.

Hamilton left the last round at Imola with a season-high 85-point lead over Mercedes team-mate and sole title rival Valtteri Bottas.

With four races and a maximum of 104 points remaining, Hamilton is firm favourite to equal Michael Schumacher’s all-time record of seven titles.

If Hamilton holds a 78-point lead or more after Sunday’s race at Istanbul Park, he will be crowned world champion with three races to spare.

Experience is on Hamilton’s side heading to Turkey; the 35-year-old is one of just three drivers on the current grid to have raced in F1 at Istanbul Park.

Bottas must reduce the deficit to Hamilton to 77 points or fewer after Sunday to take the title fight to Bahrain.

The title race narrowed to the Mercedes duo after Red Bull’s Max Verstappen mathematically dropped out of contention at Imola.

How Hamilton can claim record-equalling F1 title in Turkey