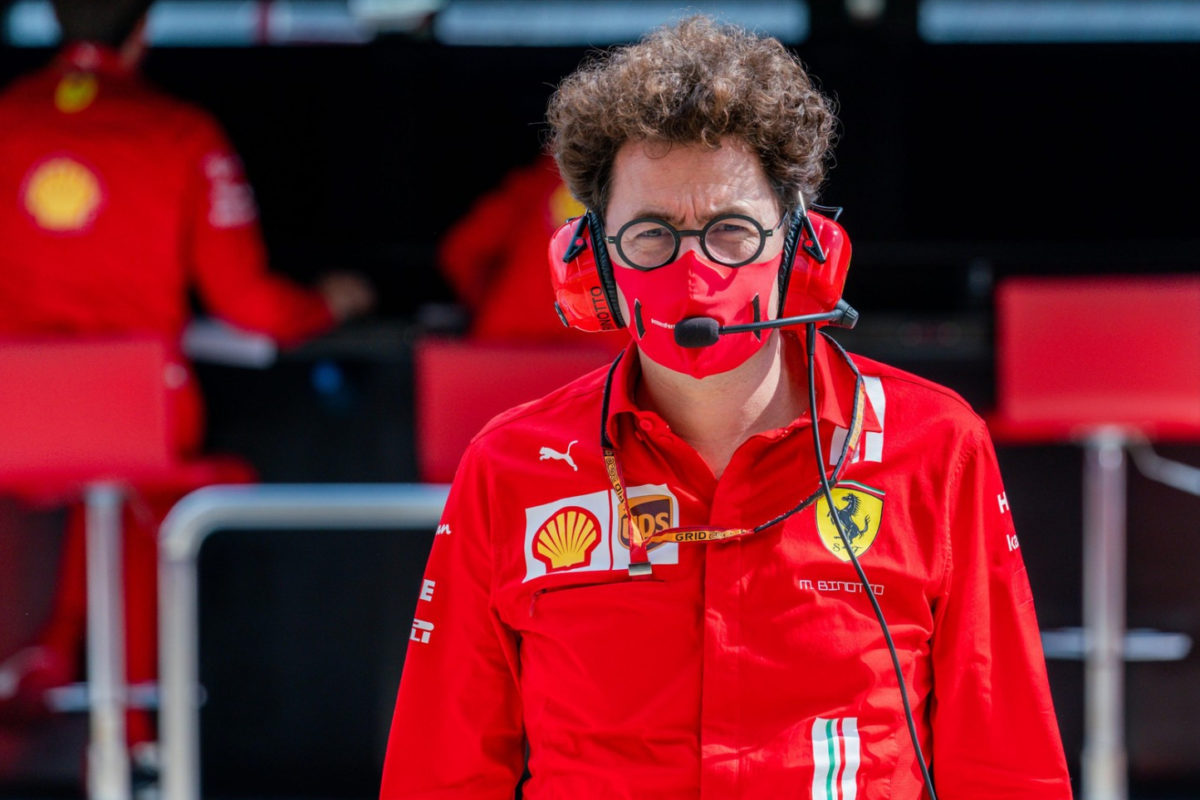 The Italian squad is languishing in sixth in the constructors’ standings having recorded just two podiums in 2020, both scored by Charles Leclerc.

The team is 376 points down on constructors’ world champions Mercedes, with Leclerc 197 points down on Lewis Hamilton, who can seal a record-equalling seventh drivers’ title this weekend.

The Scuderia is staring down the barrel of a third winless season in seven years, and a technical freeze in response to the impact of the COVID-19 pandemic prompted Ferrari chairman John Elkann to claim the issues will last for another season at least.

Binotto hinted at the previous race at Imola that he was considering missing races in 2020, telling the media: “When you’re responsible for an entire team, certainly the race event is important, but the entire… management of the entire team is even more important.”

Ferrari confirmed Binotto will not be in attendance at Istanbul Park, joining Williams Acting Team Principal Simon Roberts on the sidelines after he tested positive for COVID-19.

However, according to Ferrari Sporting Director Laurent Mekies, Binotto will still play a key role in the team’s weekend.

“Mattia has always approached his role in an innovative way, trying to think outside the box,” Mekies said.

“He has come up with a method of working that gives the flexibility to manage the priorities in the most efficient way possible. He had already adopted this approach when he was Technical Director and has applied it even more so now as Team Principal.

“At first it might seem strange not to see him physically in the briefings or on the pit wall, but he will make use of all the current communication technologies so that his voice and input will be loud and clear to everyone, both inside and outside the team.”

The SF1000 has struggled with overall speed in 2020, and Mekies acknowledged the team is facing a challenging weekend at Formula 1’s first race at the power-sensitive Istanbul Park circuit since 2011.

“Looking at the track characteristics, it won’t be an easy weekend for us,” Mekies said.

“Nevertheless, the pecking order behind the top three drivers is always very close as it has been all season and the slightest thing can make the difference between fighting for a place on the second row or not making it to Q2.

“Our main aim is to confirm the small progress we have seen in recent races, and if possible, reduce the gap to those ahead of us in the constructors’ championship.

“We are fortunate to have Sebastian (Vettel) who has already raced here four times, while Charles will be tackling it for the first time, having been able to try it out on the simulator.”